Athletic Caps Off a Record-Setting Year for Fundraising 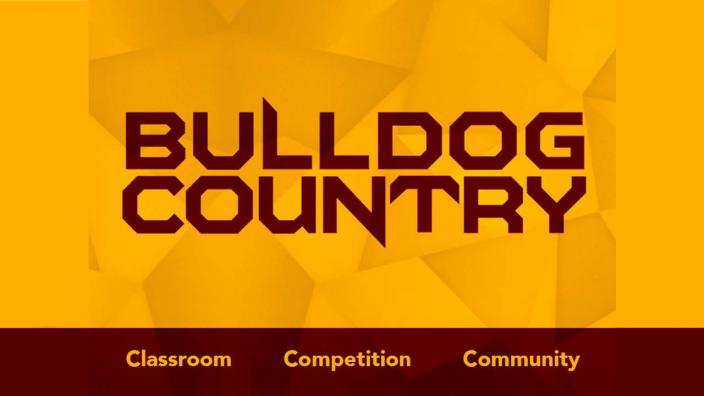 UMD athletics enjoyed another exceptional year in the three C's -- classroom, competition and community -- during the 2015–16 sports season.

The Bulldogs once again reached unprecedented heights in generating resources needed to achieve those successes today and into the future.

In all, a record $1.83 million was raised from approximately 1,500 donors for the 2016 fiscal year, which ended on June 30. This eclipsed the previous all-time high of $1.33 million set in 2014–15 and is a 317% gain over the $438,713 raised just four years ago. The $1.83 million includes current and future gifts to the Bulldog Club as well as named scholarships, program support, capital projects and various fundraising events. This marks the first time UMD athletics has generated over $1 million three fiscal years in a row and the fourth consecutive time it has surpassed the previous year's fundraising totals. UMD athletics is now raising more funds than many NCAA Division I institutions.

"Bulldog alumni, donors and boosters continue to provide the foundation of support for an outstanding student-athlete experience ," said UMD Athletic Development Director Gary Holquist. "That financial investment in our student-athletes and coaches is extremely impactful and makes a difference in UMD's championship performances."

This past April, Dave Goldberg pledged $500,000 to establish the Goldberg Championship Scholarship Challenge in hopes of inspiring other donors to support UMD's NCAA Division II programs through this scholarship, existing Division II scholarship endowments or the creation of a new scholarship. A number of donors have already answered Goldberg's call with major gifts.

In addition, the 2015–16 fiscal year also marked the establishment of a few other unique philanthropic initiatives: the maurices "$50 for 50 Fund" campaign (in conjunction with the 50-year celebration of UMD women's athletics) specifically supporting women's athletics initiatives; Mike and Heather Seyfer made a significant investment towards a Bulldog athletic team room and video suite in UMD's Sport Health Center and through funds raised primarily from baseball and softball alumni and supporters, new high-end Daktronics scoreboards at both Bulldog Park (baseball) and Junction Avenue Field (softball) were installed.

"On behalf of the UMD student-athletes, staff and coaches, I wish to express our deep appreciation for the generosity of Bulldog Country," said UMD Athletic Director Josh Berlo. "The ardent support of our benefactors has helped Bulldog athletics improve its financial position for the present and future as we continue to strive to be the best DI/DII athletic department in the nation as measured by excellence in the classroom, community and competition."

Despite these sizable gains in fundraising, plenty of opportunities remain to financially assist the Bulldogs as the annual scholarship costs alone exceed $2 million for UMD's 16-sport program. Those interested in learning more about supporting UMD student-athletes can contact Holquist at  218-726-6185 or by email. Information on the Bulldog Club can be found here.