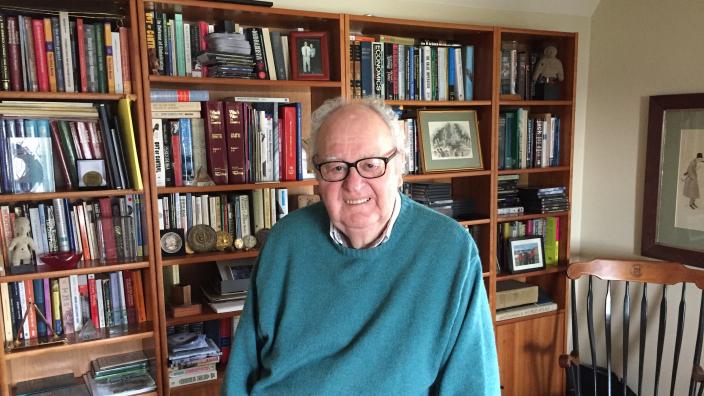 The travels and adventures of Arnoldo Hax.

Arnoldo Hax remembers the significant moments that shaped the course of his life events, and he remembers the students he taught at the Massachusetts Institute of Technology (MIT) Sloan School of Management. He still follows their careers as international leaders in business, politics, and education, and over the years, he's had opportunities to reunite with a few of them.

While Arnoldo was overseas on MIT business, one former student, now an influential world leader, made it a point to come to Arnoldo’s hotel. With a contingent of guards outside their meeting room, the leader put his hand on Arnoldo’s shoulder and leaned toward him. “Your lessons have been with me all of my life,” the leader said. “You taught me to think. You didn’t teach me to solve problems, instead you directed me to search for the problems I needed to solve.”

Arnoldo acknowledges that he often does the unexpected. “Everyone expected me to teach problem solving. I helped them see the greater questions.”

Arnoldo’s story begins in Chile where he grew up. During his first year as a engineering student, Arnoldo contracted tuberculosis. He went from being first in his class to spending a year in bed. “It was a curse and a blessing,” he says. “I felt sorry for myself until I decided to do something. I got a list of books that I should read, starting with Camus, Shakespeare, and Cervantes,” he says. Arnoldo invited his friends to join a reading group. “They didn’t feel sorry for me; they came because the discussions were enjoyable. My life-long love of great literature began that year.”

He briefly but significantly, joined a pioneering endeavor, the Arthur D. Little firm out of Boston. He traveled the world working with corporations on building systems, tracking inventory, and managing operations.

There came a moment when traveling around the world wasn’t enough. Arnoldo returned to his wife and his two children, Neva and Andreas, and a position at Harvard in their business school. Then, an opening at MIT became available and Arnoldo switched careers again, this time in a position he held for decades as an Alfred P. Sloan Professor of Management at the MIT Sloan School of Management.

He wrote, co-edited and edited nine books. The president of Chile awarded the honor for meritorious service to Arnoldo for his lifetime of service, which includes an ambassador-like role on behalf of MIT. He was the faculty chairman of the MIT-Chile program, and helped to bring more than 40 MIT students to internships in laboratories and companies in Chile.

Arnoldo’s relationship with UMD is another example doing the unexpected. Neither Arnoldo nor his wife, Neva, are UMD alumni, yet they have endowed the Arnoldo and Neva Hax Scholarship in German Studies to help support students to travel abroad. Why? They have a family member in the Department of World Languages and Culture, and they love literature, language, art and travel. “I’m proficient in Spanish and English because I grew up in Chile,” Arnoldo says. “I can get by in Italian and Portuguese, and because my mother and father both came to Chile from Germany, I know some German, too.”

Arnoldo and Neva moved to Duluth, to be near their daughter and her family, but also to enjoy, as he calls it, “the magnificent lake.” Arnoldo continues to write in Spanish and English. He recently finished a collection of stories. He continues life as an avid reader and enjoys one other endeavor: following the progress of UMD.

About the Department of World Languages and Cultures