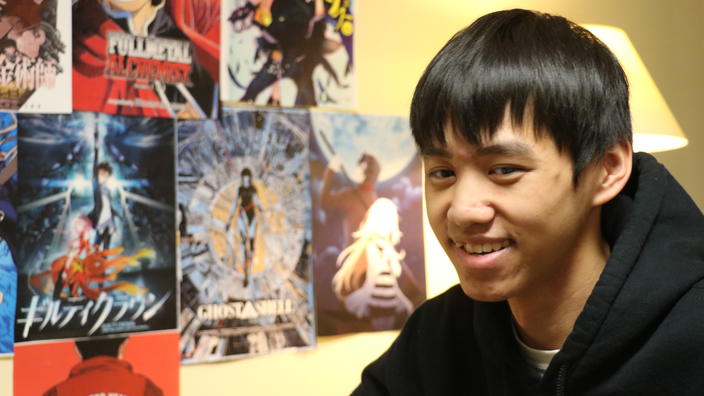 Samuel Petron, the president of the UMD Anime Axcess club, hits the lights of the room in UMD’s Education Building. It’s time for the weekly meeting. As the anime video starts, he looks relaxed, yet his smile and his gaze indicate his intense attention. 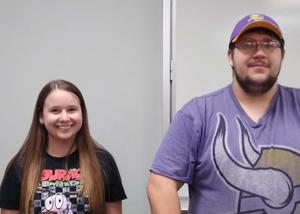 Toni McBeain and Samuel Petron are the officers of UMD Anime Axcess.

More people filter into the dark room, saying hello to Samuel and finding a seat as the action plays on the screen. After watching a few episodes of a current series, members banter about what they just experienced. They make remarks about past series and comment on their hopes for new ones.

At UMD, like college campuses across the country, anime is gaining fandom. Although anime is primarily produced in Tokyo, Japan, production companies have cropped up in the U.S., Brazil, Europe, and other places. Writers and animators have created stories of romance and family drama combined with mysticism, that have taken hold around the world.

The Japanese animation industry has been growing steadily since 2012. According to a report by the Association of Japanese Animators the anime market expanded 110% on a year to year basis since 2012. In 2016 the industry reached the 2 trillion yen ($17+ billion) mark. An increase in music, merchandise, internet distribution, and overseas markets boosted anime’s growth.

UMD students regularly attend the popular club and each person brings a totally personal set of likes and dislikes. Diverse opinions are welcome. When polled, Japanese and American viewers had different lists of anime on their top ten favorites. Only three titles appeared in both top 10 lists: Bleach, Naruto, and Dragonball.

Chee is a frequent anime watcher. “Seeing how the animators portray the world is awesome,” he says. “Sometimes when something is supposed to be black and blue, its pink, and that makes it pop out to me.”

Chee got into anime when the character Naruto came onto the scene, first as manga, a distinctive comic book genre, then as an anime series. Chee recalls the changes he made to his high school room after discovering anime. “I filled it with anime posters,” he says.

His tastes have broadened into Korean dramas which he calls “K-drama.” He finds anime, such as Attack on Titan, That One Time I Was Reincarnated as a Slime, and other shows, on Netflix and Youtube.

Samuel, who is a fifth-year electrical engineering student, says he was pulled into anime his freshman year. He and his roommate got sick of binging on the Sci-fi network. They were looking for more unique stories.

“Anime can offer something different from traditional media,” Samuel says. While Western cartoons and movies are part of its background, “It’s influenced most heavily by Eastern culture.”

Many members say the meetings give them a sense of Japanese culture and a way to see new aspects in U.S. culture.

Toni, who is a sophomore English major, agrees. Her tastes run to action and fantasy. “Fullmetal Alchemist: Brotherhood is one of my favorites.” There’s something familiar about it. “It’s about a bond between brothers and how they fight for each other,” she says.