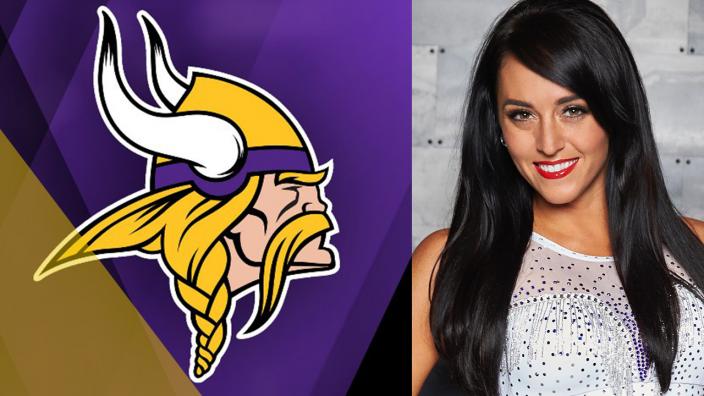 Her journey to the Minnesota Vikings Cheerleaders has been full of a lot of hard work and incredible experiences.

Jacqui* ’09 has always had a passion for dancing and for challenging herself.  Growing up in Maple Grove, Minn., she excelled in competition and in the classroom, which eventually led her to UMD. Her journey to the Minnesota Vikings Cheerleaders, and most recently, the 2017 NFL Pro Bowl, was full of a lot of hard work and incredible experiences.

Having graduated from UMD in 2009 with a degree in Organizational Management from the Labovitz School of Business and Economics. Jacqui has proved herself not only as a Minnesota Vikings Cheerleader, but also as a successful business woman.

“I never expected this would be my path, a professional cheerleader in the NFL,” she stated. Jacqui initially tried out for the team with the help and guidance of her sister who was also a Minnesota Vikings Cheerleader (MVC). Her sister’s mentorship was integral in landing that first spot on the team, and through Jacqui's hard work, she has sustained a seven-year cheerleading career auditioning every year.

Speaking of career, Jacqui has also found success professionally. Alongside cheerleading, she works full-time as an IT Account Manager for a staffing company in the Twin Cities. Her role focuses on recruitment and business development. “Cheerleading has greatly influenced my career life,” said Jacqui. “I’ve learned to build confidence in public speaking, which has helped me in developing lasting relationships with my clients.”

Jacqui's dedication and talent was recently recognized by being selected, and representing the Minnesota Vikings at the 2017 NFL Pro Bowl in Orlando Florida. “There are 26 cheerleaders chosen from the league, one from each team,” she said. “We are sent the choreography material in advance and then rehearse as a group one week prior to the Pro Bowl game.” Jacqui's selection was extra special, as the MVC coaches chose their representative. “It was such an honor and incredible experience,” she said.

Beyond the field, Jacqui has traveled to multiple U.S. military bases overseas as a Minnesota Vikings ambassador, where she performed and hosted meet and greets for the service men and women and their families. Some of the places she’s visited includes: Guam, Marshall Islands, Japan, Kuwait, Mexico, and London. “It was important, because we brought a piece of home to them,” stated Jacqui.

As a Bulldog, Jacqui’s favorite memory is being the first graduating class from the newly opened Labovitz School of Business and Economics. As for her advice to current students: “Build your network early and push yourself outside of your comfort zone, because you never know who you will cross paths with later on.”

* Per Minnesota Vikings policy, we can't give Jacqui's last name.

Visit the Labovitz School of Business and Economics website.