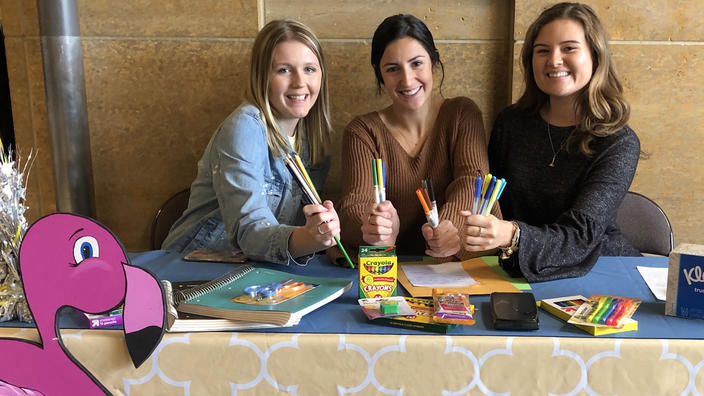 A 2018 Phi Sigma Sigma leader devotes volunteer time and service to a meaningful cause.

Abbey DeGoey looked at the clock. It was 8:15 pm and the deadline to apply to be archon of Phi Sigma Sigma was at midnight. An archon is similar to a president. She served as member at large for two years and had planned to take a break from high ranking positions in the sorority. 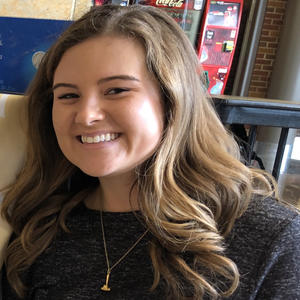 She was having second thoughts. But as the deadline drew closer, she realized she wanted more. She wanted to run for the office.

With less than four hours to spare, Abbey flipped open her laptop, started filling out the application form, and worked on a letter of intent. At 11:55 pm the mad rush was over. She submitted her paperwork.

Weeks later she found out she had been elected the archon of the biggest sorority on UMD’s campus. Being archon means Abbey is everyone’s biggest resource. She is considered the face of their chapter.

She reports to the sorority’s council and communicates with their Greek life advisors. She keeps track of the university’s policies and Phi Sigma Sigma’s national policies. She works with Phi Sigma Sigma headquarters and has to sign all the important documents. “I love being archon because everything I do is for other people.”

Phi Sigma Sigma has a philanthropic goal of school and college readiness for kids. This means that they work to raise donations for the Kids in Need Foundation. They raise money with promotions through social media.

This year, they are put on a school supply drive. Abbey and other Phi Sigma Sigma members worked to coordinate with local schools to find out exactly what they needed. After the drive, they’ll divide up the supplies accordingly and donate to a total of five local Duluth schools.

Outside of their philanthropic donations they donate their time. Every year they work with Lowell Elementary to set up a book fair and interact with elementary students. Abbey says, "I love working for this cause."

She said that years earlier at UMD, she coached junior varsity dance teams for local schools. "It opened my eyes to what the Duluth community faces."

She said there is more struggle than people realize. “Not everyone has a high income or even comes home to a meal every night,” she says.

Working in the schools helped her to understand the community as a whole and brings meaning to the work her sorority does. "I get great satisfaction from seeing the donations we raise and watching our events impact students."

Aiming High to Make a Difference

One reason Abbey joined Phi Sigma Sigma was because both of her parents were a part of Greek life in college. A friend encouraged her, and she decided to rush for Phi Sigma Sigma. The sorority's motto is “Aim High.” Those two words didn’t resonate with her until the group sponsored a book fair at Lowell.

At the book fair, the Phi Sigma Sigma members spend time with the kids while their parents are busy with conferences. Some color pictures and read books with the children in the library, while other members help set up and organize the fair.

Abbey particularly enjoyed seeing how excited the children got when selecting a new book to read from the fair. She could actually see the work being done in the community and it was their biggest turnout ever. She said, “I realized an organization of 90 college students can really make a difference in the community, and I just knew Phi Sig was the right place for me.”

Abbey is senior at UMD. She is a double major in Organizational Management and Human Resources and will graduate in May. She’s from Burnsville and attended Apple Valley high school. She also works as a waitress and as a human resource intern for Community Action Duluth.

What's next? Abbey is open to possibilities but she knows one thing, "I want to make a difference."