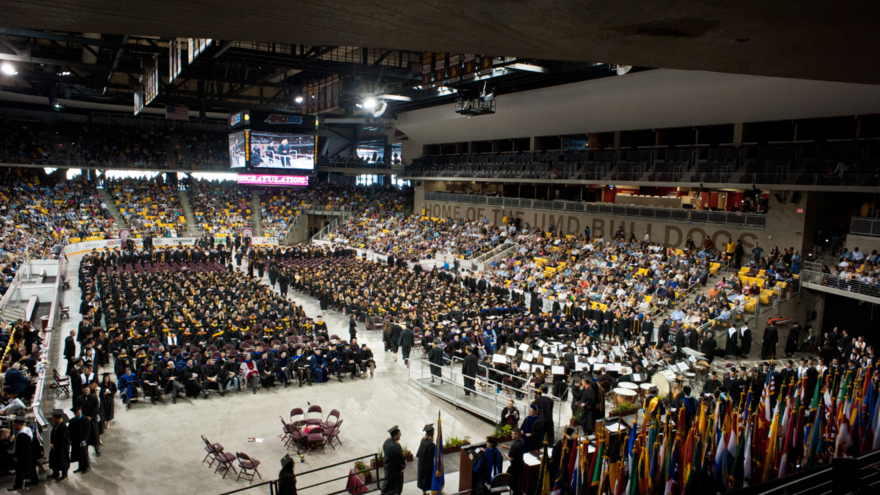 On Saturday, May 11, 2019, thousands of Bulldogs are receiving their diplomas at Amsoil Arena, 350 Harbor Drive.

Two UMD commencement ceremonies are scheduled. The first, at 10 a.m., is for graduates of the College of Liberal Arts and the Swenson College of Science and Engineering. The second, at 3 p.m., is for College of Education and Human Service Professions, the Labovitz School of Business and Economics, and School of Fine Arts grads.

Students start to line-up an hour before their graduation ceremony. As they pass their professors in the hallway inside Amsoil Arena, high fives, cheers, and hugs erupt.

The commencement ceremonies will open with Around the Earth, a traditional Ojibwe Drum group. The UMD Symphonic Wind Ensemble will accompany the graduates.

There is a total of 2,382 UMD graduates– 2,159 undergraduates, 222 graduate students, and one education doctorate.

Giving Back to Her Alma Mater 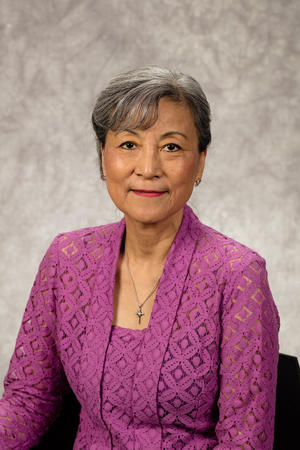 She is currently Distinguished Adjunct Professor at the University of Notre Dame, Motorola Professor Emerita of International Management at the Arizona State University, and Distinguished Visiting Professor at Peking University and Fudan University, China. She was the President of the Academy of Management, the Founding President of the International Association for Chinese Management Research, and editor in chief of two leading scholarly journals. She is a co-founder of the Community for Responsible Research in Business and Management, a global movement to transform business research into a force for greater good.

Dr. Tsui believes in giving back to her alma maters for the excellent education she received and to society for her good fortune. She endowed a scholarship at UMD for undergraduates in the College of Liberal Arts and a scholarship for doctoral students at the Carlson School of Management, and several other universities. Her daughter Amelia is a double Cornellian (B.A. and M.A.) and works in a pharmaceutical products company as a human resource specialist. 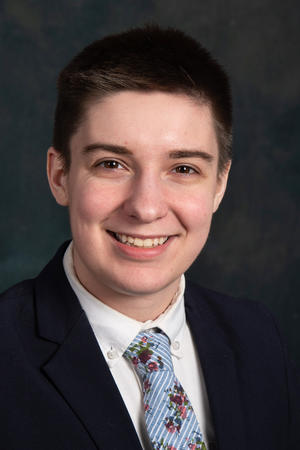 Swenson College of Science and Engineering

Elijah R. Farley is graduating with a Bachelor of Science in chemistry and Bachelor of Arts in philosophy.

The St. Paul native came to UMD to study chemical engineering, but soon chose to pursue a degree in chemistry. Then he admits, “I fell into philosophy.” An elective course sparked an interest and eventually transformed into a second major.

In the Department of Chemistry, Elijah has worked extensively with Assistant Professor Jacob Wainman. Their research looks to teach students to become better at independent experimental design. Elijah has found the work rewarding, “I have had to learn how people learn. It’s expanded my empathy, especially for non-traditional learners.”

Elijah is a former president of the Chemistry and Biochemistry Club. He’s also an active member of the Queer and Allied Student Union (QASU) organization. In 2018, he won the Best Initiative Award from QASU for his presentation entitled “Queer People in Science.”

He sees graduate school in his future, but wants to work in the chemistry industry first and spend quality time with his dog, Ivy. 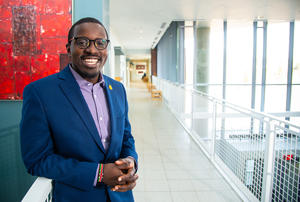 Labovitz School of Business and Economics

He was born in Nairobi, Kenya, the youngest of five siblings. His family moved to the U.S. when he was five, and eventually settled in Maple Grove. He attended Maple Grove Senior High School, where he played football and rugby. Only a month after starting college, he joined the UMD Student Association. He also began working in the College of Liberal Arts’ Tech Department and has continued to work there for the past four years.

During his second year, Mike was appointed to serve as the representative to the University of Minnesota Board of Regents, serving as the vice-chair and advocating for mental health resources across the University system. He also worked as a resident advisor, working closely with first-year students. He was elected as student body president in 2017 and re-elected in 2018. He has had internship experience at Ernst & Young and Accenture. Mike plans to work in the Twin Cities area for a few years before considering post-graduate options.

Outside of the classroom and the office, he can be found watching or playing basketball, hiking, taking pictures, or hanging out with friends. Mike jokes, "My greatest regret in college was never being able to win an intramural basketball championship."