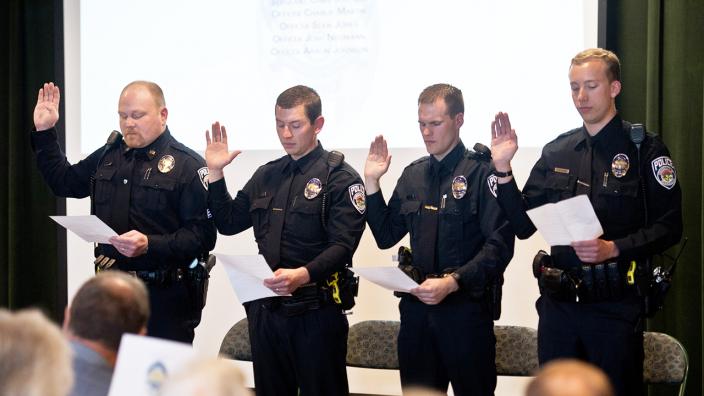 The UMD Police Department honored its officers at a promotion, awards, and swearing in ceremony on Thursday, May 3, 2018. 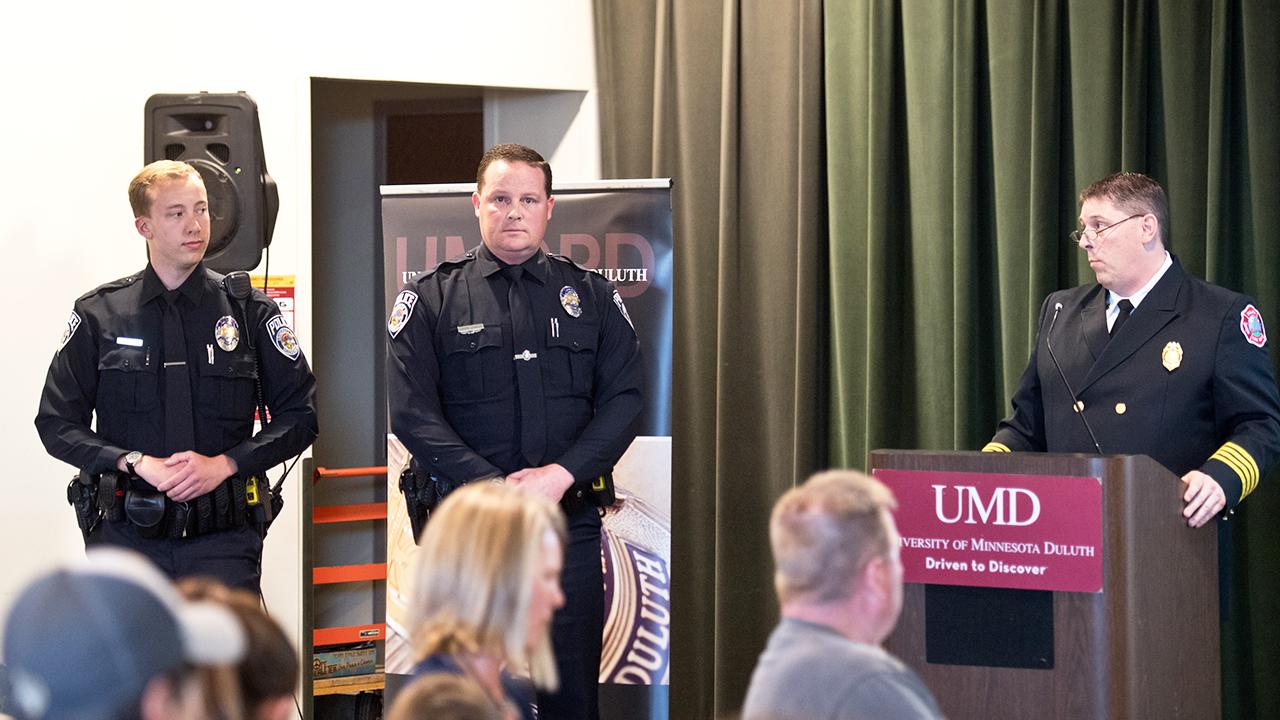 The City of Duluth Fire Department awarded Officer Neumann and Officer Johnson for their work responding to a fire on February 24, 2018. An occupant who uses a wheelchair wasn’t able to escape the blaze, and Fire Chief Dennis Edwards says the UMD Police Department (UMDPD) officers saw the need for immediate rescue and performed without hesitation.

About the University of Minnesota Duluth Police Department

UMDPD is dedicated to UMD’s campus and works with surrounding law enforcement agencies to keep the neighborhoods where students live, work, and recreate safe.

Officers are licensed by the State of Minnesota Peace Officer Standards and Training board.