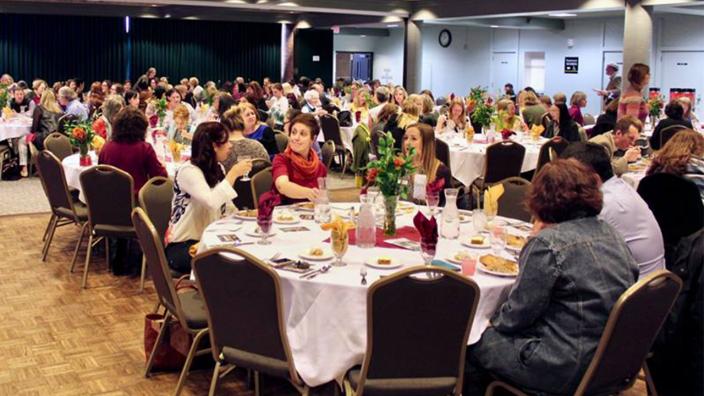 UMD's "Women of the Year" to be awarded.

Three UMD recipients are being awarded at the Linda Larson Woman of the Year reception tomorrow, Wednesday, April 19, 2017 at 1:30 p.m. in the Kirby Ballroom, 1120 Kirby Drive.

The 15th annual event honors a UMD student, professor, and staff member who is empowering women on campus and in the community.

The winners are nominated by their peers and then determined by a vote by the Commission for Women, a group dedicated to improving and enriching the working and learning environments for UMD women by providing direction, leadership, support and expertise to the UMD community.

Commission Chair Jessi Eaton says the awards are significant because they honor both the legacy of Linda Larson, who worked to expand women’s athletics at UMD, while celebrating the achievements of today’s leaders, “It’s a day to be excited about the progress we’ve made and to be reinvigorated to continue the fight for equity.”

This year’s winners are:

Nominated by Professor Marc Seigar, Department of Physics & Astronomy. He says, “Other female and underrepresented students in the physics department look up to Burcin as a role mode, and she is a constant reminder to them that anyone can overcome adversity and do what their talents allow them to do.”

Sami Reber, former UMD Women's Hockey Assistant Coach and former Harvard Women's Hockey player, says she’s impressed with what Coach Crowell brings out in others. “The way she develops individuals around her is an inspiration to women her age, women in college, and little girls. In addition to making me a better hockey player, Maura gives me the skills to become a successful woman.”

Her nominees, a group of her peers, believe Keeney does everything with a combination of intellect and heart. “Whether she is needed by faculty, staff, administration or students– she is there with her genteel Southern charm and the inner strength of a lioness.”