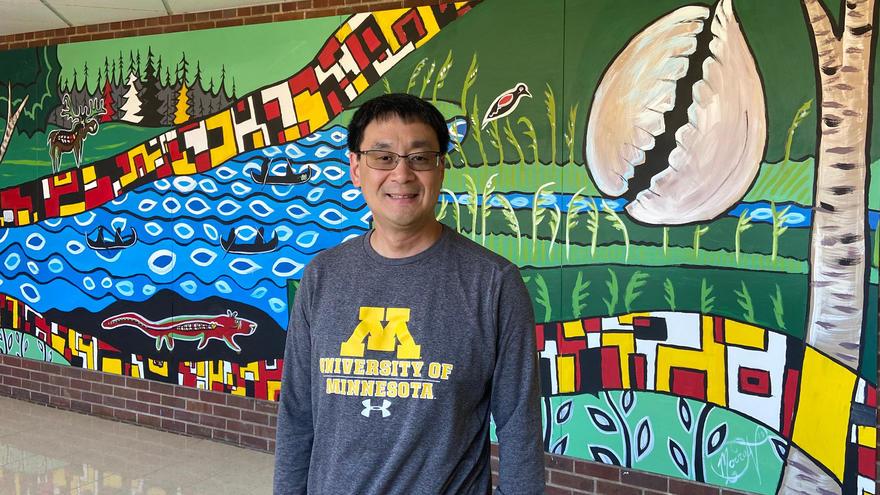 Creating a Place of Community

Mitch Berg ‘97 graduated from UMD with a degree in Urban and Regional Studies. While he has had many different experiences since then, his new position as associate director for the Veden Center for Rural Engagement/Economic Development at the University of Minnesota Crookston is a good fit. The new position is giving him the opportunity to put his UMD degree and his advanced degrees to good use. Berg has been involved with community and economic development of many kinds for over 20 years.

Business Development, On the Ground Floor

When Berg was a business development Intern at the Minneapolis Community Development Agency, his team was looking at the abandoned Sears building on Lake Street. They were exploring several adaptive reuse scenarios.

As Berg walked through the abandoned building with his colleagues, they tried to reimagine what all the floors of the historic space could become. “The space was huge, a million square feet,” Berg says. The old retail space on the first floor had been gutted. “There were high ceilings, concrete floors, and huge pillars… and there were bird droppings everywhere.”

Local business owners, neighbors, and Berg’s employer didn’t want a big box store to replace the historic building. They wanted to support the existing ethnically-diverse neighborhood and the current Lake Street business owners. The concept of the Midtown Global Market was born.

Berg went on to graduate with a master’s in Urban and Regional Studies, from Minnesota State University Mankato, and to take a city administrator position in Gibbon, Minnesota, but he followed the growth of the Midtown Global Market.

The market showcases over 40 businesses-restaurants, groceries and gift stores. “You experience the sights and smells of ethnic cultures and meet people with backgrounds from around the world,” he says. The market preserved a historic space and breathed life into an old structure.

It’s a vibrant economic and cultural center. “These businesses are not like national fast food chains,” he says. “They’re local people who have been trained through tough experiences. They are working hard to better their lives.”

Many Years, Lots of Action

Academics loomed large in Berg’s life. After UMD and Minnesota State University Mankato, Berg served Minnesota in many different roles, but academia pulled him back. He received his Ph.D. in management and public service, from Hamline University in 2019.

Serving Midwest cities took most of his time. He took a position in the office of the chief clerk for the Minnesota House of Representatives in St. Paul from 2000 to 2002. After that, armed with his immersion into government policy, he took a series of jobs with local cities. Those places included: North Hudson, Wisc.; Afton, Minn.; Bayport, Minn.; and New Trier, Minn.

Since 2015, he has served as the city administrator for Mahnomen, Minn. He and his wife, Jane, made Mahnomen home. “We love it here,” Berg says. “We go fishing and hiking. We go to pow wows. We enjoy the neighboring towns of Bemidji and Foston.”

While working for the city, he pursued his doctorate at Hamline University. The White Earth reservation includes all of Mahnomen County, plus parts of Becker and Clearwater counties so Berg works closely with tribal leaders. The population of the City of Mahnomen is just about 50 percent white and 50 percent American Indian.

“I did my dissertation on Tribal and non-tribal local government cooperation,” Berg says. He didn’t want his research to just sit on a library shelf collecting dust; so when he was encouraged to speak at international and national conferences, he seized the opportunity. “There hasn’t been a lot of research about how to build, form, and persevere in Tribal and non-tribal relationships.”

Berg has a motto, “To work with communities made up of multiple cultures; you need trust, social capital, and respect.” That philosophy is a large part of Berg’s success. It should serve him well in his new role in the University of Minnesota system.

This story was co-written by UMD student Eva Moua, who is majoring in communication. Eva works with Cheryl Reitan in University Marketing and Public Relations.

About UMD Urban and Regional Studies