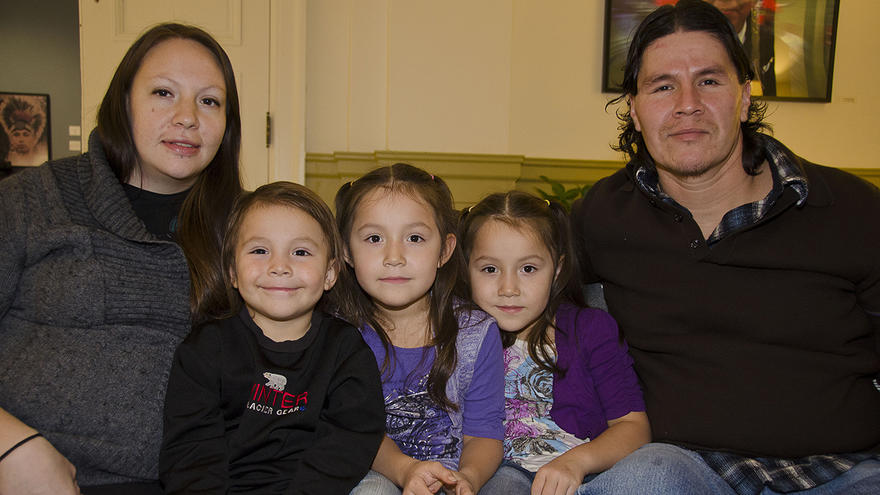 Congress passed the Indian Child Welfare Act (ICWA) more than four decades ago to help counter the devastating impact of years of callous national policies that uprooted American Indian children from their families and culture.

Incremental progress has been made, but Minnesota still has the highest rate of any state in the country for out-of-home placement of American Indian children. The latest available data shows that Native kids in Minnesota are 18 times more likely to be placed in foster care than their white peers.

The Center for Regional and Tribal Child Welfare Studies (CRTCWS) at UMD has been working to address this complex, systemic problem since 2005. The center serves as an important connector between American Indian tribes, academia, government agencies, and the community.

“We have really strong linkages with tribal communities throughout the state and beyond. We always keep on top of emerging issues and how we can be of assistance,” says Priscilla Day, who directed the center, based in the UMD Department of Social Work for 12 years.

Under Day’s leadership, CRTCWS became recognized as a pioneer in the state and nationally for its approach to training child welfare workers. The center’s collaborative method engages tribal leaders, government entities, and the child welfare workforce.

The overarching goal is to prevent out-of-home placement of American Indian children or fostering in non-Native homes unless absolutely necessary, according to Bree Bussey, current director of CRTCWS.

Bussey points out that the many systems in place to address child welfare issues tend to be compartmentalized and adversarial. “Our approach teaches students and practitioners to see the world from a relational perspective … Not to look at how we’re different but to look at how we can work together. Because it’s the families that suffer when we don’t.”

CRTCWS and its tribal partners received one of three federal grants in the nation to bolster training among American Indian child welfare workers. Now the center has been chosen to spearhead an intensive 40-hour certification for all child welfare workers in Minnesota.

In fall 2019, CRTCWS entered into a joint powers agreement with the Department of Human Services (DHS) and the University of Minnesota Twin Cities Child Welfare Training Academy to conduct the training, which is being developed along with input from tribal leaders. CRTCWS is also collaborating with Minnesota tribes to work with DHS on a legislative proposal to have ongoing funding for the training included in the Governor's budget.

The new Aabinoojiiyag-Wakhanheza Un Thantanhanpi – For all the Children - Sacred Being: Tribal Training and Certification Partnership (TTCP) will ensure child welfare workers learn about American Indian culture and the historical trauma endured by tribes in this country, from colonization to boarding schools and beyond. Bussey explains, “The vast majority of people don’t know about this country’s history of systematically breaking up tribes, rounding up children, and sending them to boarding schools. The public school systems don’t teach that.”

Bussey adds, “There are people who work in the child welfare system who have no understanding of the political status of American Indians, which gives tribes the right to determine what happens to their own children." Reframing the problem with this historical understanding and cultural lens can help reduce practitioner assumptions and biases, a critical piece for the preservation of Native families.

“People have transformations in the training,” asserts Karen Nichols, CRTCWS associate director. “It engages not just people’s heads but their hearts. We’re not going to change the system unless we change hearts.”