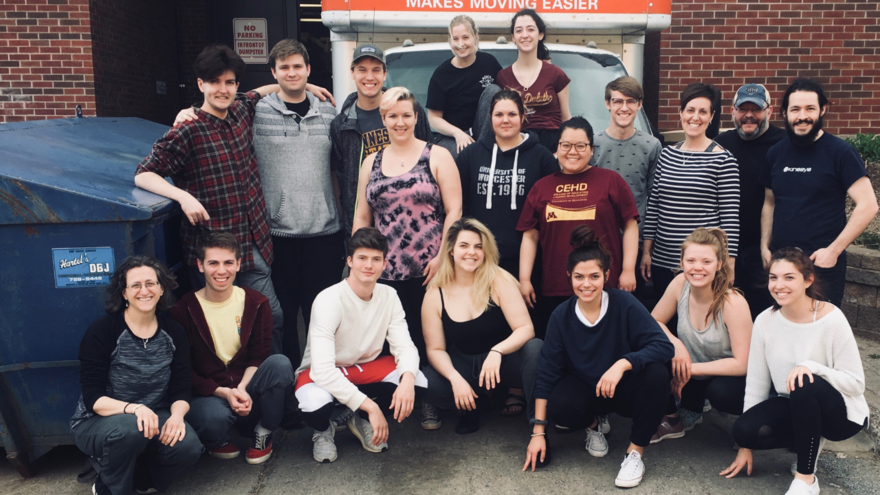 UMD students and faculty packed up their "Time’s Up" set and traveled to the Mostly Medieval Theatre Festival. 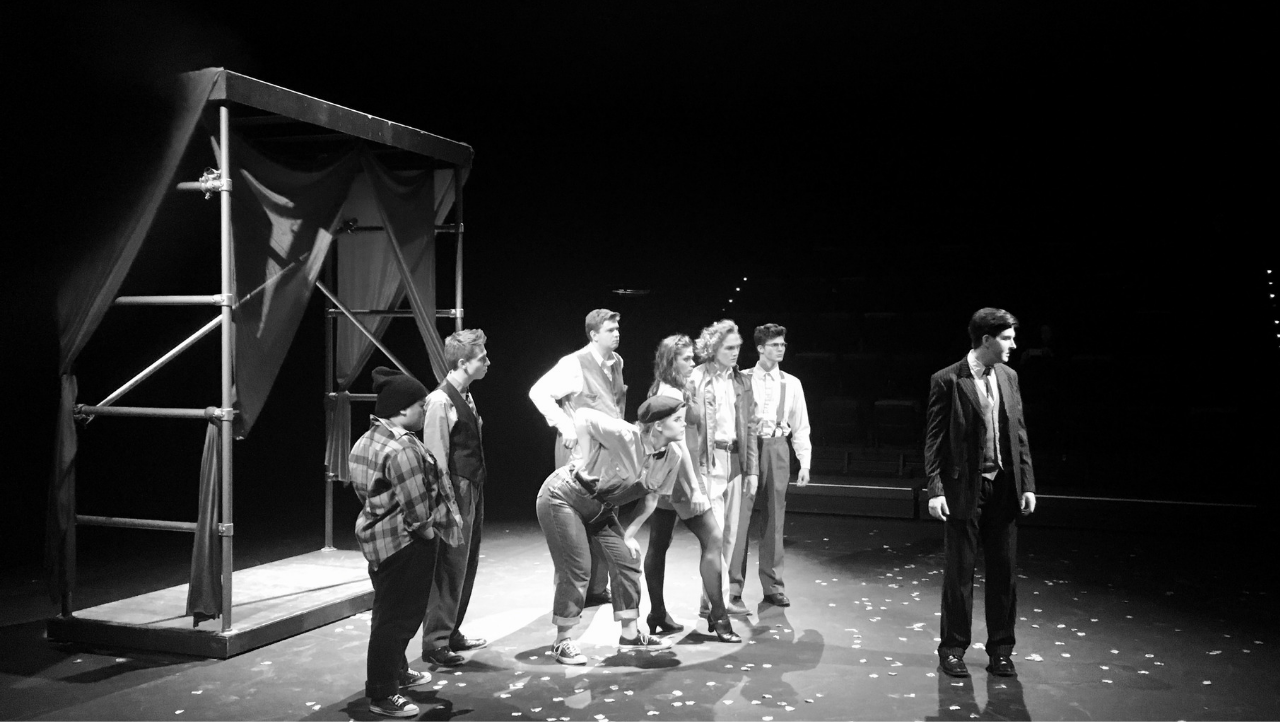 Junior Jenessa Iverson faced a compounded challenge in front of a couple hundred people earlier this month. She was playing a new role in a new theatre and had to quickly get a feel for things. “Oddly enough, I would say transitions and entrances were the hardest to accustom myself to. I had to constantly reorient myself, as to which corner I was entering from, and how the blocking flowed from there,” she remembers. “And of course, part of that is making it look and feel natural.”

Iverson starred in the Kalamazoo, Michigan production of "Time’s Up," which is adapted from the thousand-year-old "The Conversion of the Harlot Thaïs" by the first female playwright, Hrotsvit.

"Times Up" moved audiences and garnered great reviews on UMD’s Main Stage this March. The act of bringing the show to the Mostly Medieval Theatre Festival was a lesson in itself for the future theatre professionals who participated.

Where the Magic Happens 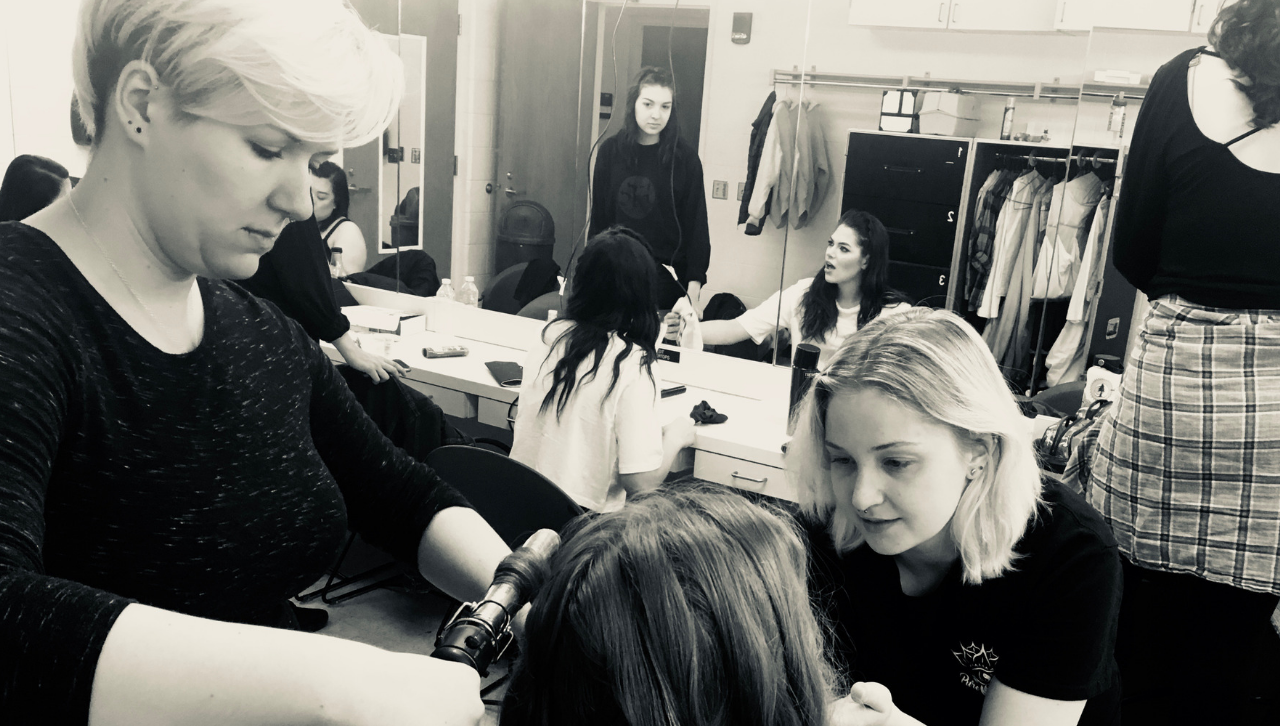 Tascha Balsaitis, costume designer, and Madi Lang, dresser and dramaturg, help Jenessa Iverson with hair and make-up before a performance of "Time's Up" at Western Michigan University (May 2019).

Costume designer and senior Tascha Balsaitis was part of Jenna Soleo-Shanks’ team that started workshopping the show in August of 2018. This gave Balsaitis advance notice not only that her designs needed to be able to travel from Duluth to the Mostly Medieval Theatre Festival, but also that her lead actress would change. Sarah Dickson who played Thais at UMD was graduating so Iverson would star in the Michigan performance.

“I had to design a costume that could be easily adjusted for two different sizes,” she explains. “I was able to come up with designs that could either be easily duplicated or require minimal alterations from one actress to the other, and getting both women costumed beautifully was simple and smooth as a result.”

Director and script adaptor Jenna Soleo-Shanks, an assistant professor of theatre history at UMD, says challenges like these, unfamiliar sets and new stars to dress, is where the learning happens. "The most important thing from our students' point of view is the opportunity to tour a show."

In this case, the UMD Theatre group brought their set to Kalamazoo, rebuilt it in 12 hours, and did a run through. Soleo-Shanks calls this the best challenge they could have. "We can't understand it on the script. If you compare it to laboratory science, you can't just read about the experiment, you do it. We put the play up and looked at the discoveries that we made."

For Iverson, beyond the applicable takeaways for a career in theatre, bringing Thaïs into the spotlight in Kalamazoo reiterated a love for her craft. "This reminds me of the connection that art can bring between people, no matter how far away we are. Collaborative art is such a unique and inspiring thing."