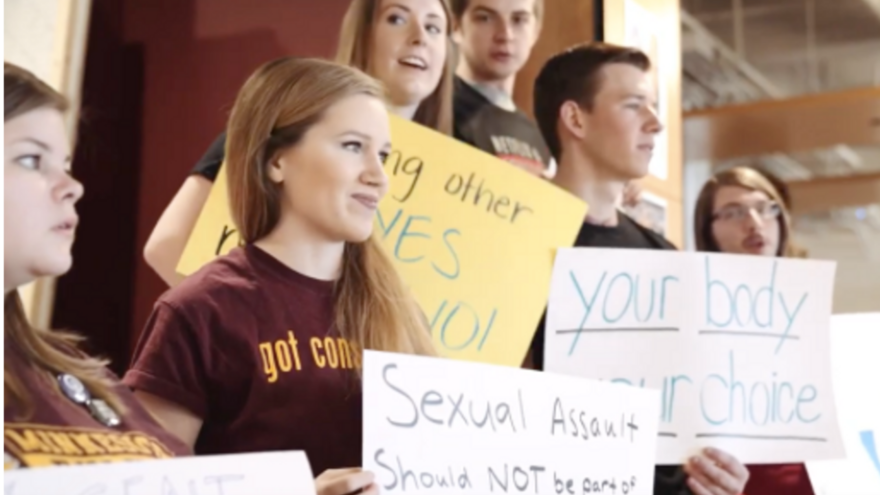 UMD groups collaborating on a powerful statement against sexual assault.

UMD students, faculty, and staff are gathering for Stand Together Against Sexual Assault on Thursday, October 3, 2019 from 11:30 a.m. - 12:30. The event happens in the Kirby Student Center lounge area, 1120 Kirby Drive.

Organizer Lauretta Perry, a drug and alcohol educator at UMD, says Stand Together Against Sexual Assault is visually quite powerful. “To see students, staff, and faculty gathered for a united purpose makes a statement. It’s also a non-threatening way for people to participate.”

The timing is purposeful– it’s being organized as part of Consent Week, but the intent is to hold it prior to UMD’s Homecoming. “Nationally that is a high risk time for over consumption and, potentially, sexual misconduct due to the role alcohol plays in sexual assault,” says Perry.

The first Stand Together was held two years ago, but the event was not held last year.

The Stand Together event is a collaboration between UMD’s Office of Student Conduct and Conflict Resolution, Housing and Residence Life, Women’s Resource Action Center, Health Services, and Athletics.

Watch the 2017 Stand Together Against Sexual Assault at UMD