All the World's a Stage and Here is a Basketball Player 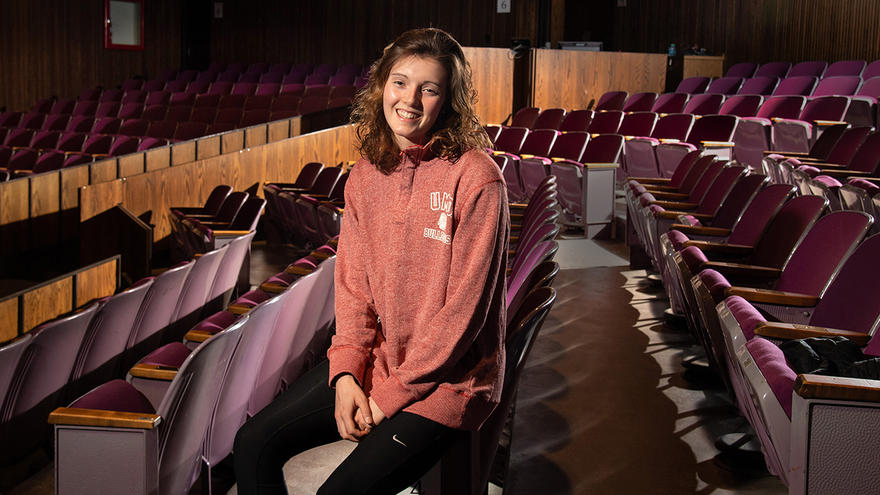 If Maizie Deihl’s story was a musical, it would look like this:

In the first act, the honors student works through her exercise science classes. As the curtain rises on the second act, we see the sophomore on the court, helping the UMD Women’s Basketball team have one of their best seasons ever. Then, in the final act, the music swells, as our star takes center stage and bursts into song. It turns out that Maizie, while talented in academics and athletics, rather unexpectedly has the heart of a thespian.

Maizie’s singing her heart out as Sister Mary Lucy in UMD Theatre’s upcoming production of Sister Act. “The play’s about a woman named Deloris who is forced to hide out in a convent, where she learns from Sister Mary Lucy and the other nuns that community and relationships are far more important than fame and fortune," explains Maizie, who adds the cast and crew are amazing.

It’s her first role with UMD Theatre. Maizie's one of only four cast members who’s not a theatre major and, though she’s been known to slip up and say “half time” when describing the show’s intermission, Maizie has the drive to shine on both the court and the stage. 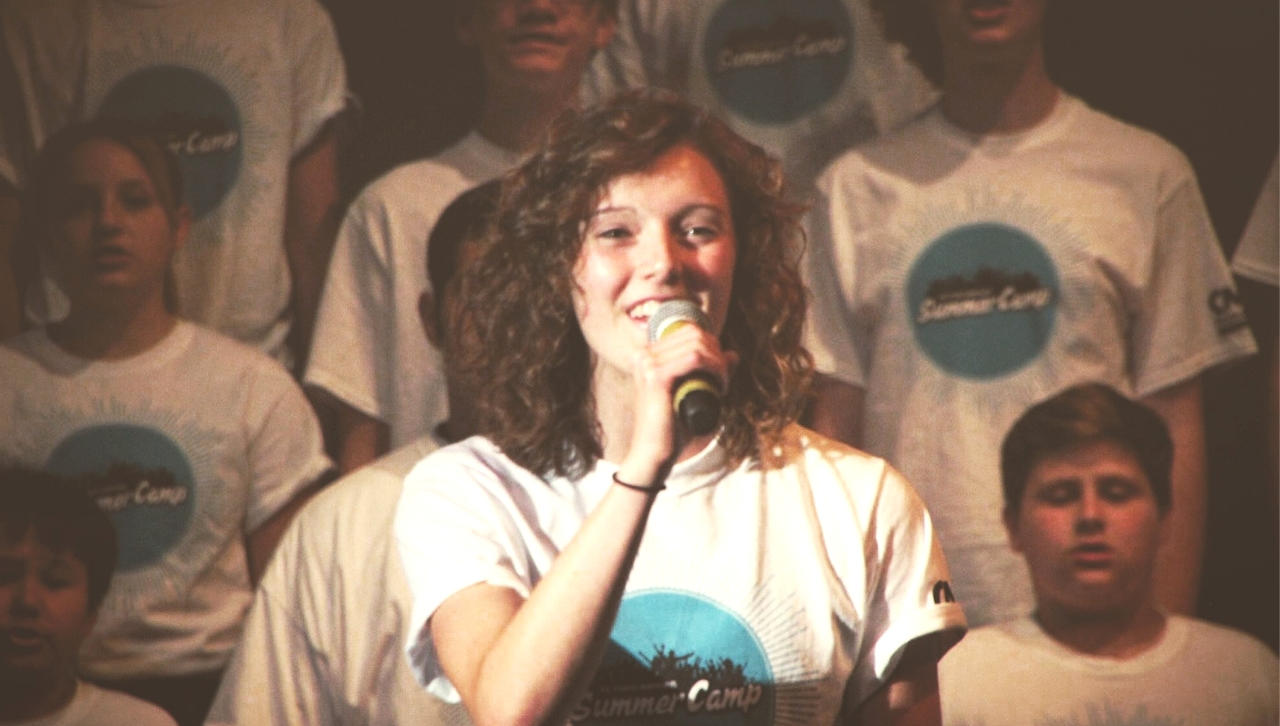 Finding time for music and basketball has always been a bit tricky for this New Prague, Minn., native. Growing up, basketball, a sport she’s played since she was in first grade, temporarily pushed the pause button on performing, but Maizie found time for both by the time she was in high school.

“I love basketball because it’s a team sport, and it’s so competitive,” she explains. Basketball’s why she came to UMD, but the opportunity to excel in athletics, academics, and the arts is an unexpected bonus. “I didn’t think it would be an option to be in plays and play basketball,” says Maizie. “I’m so lucky to pursue my passion. I wouldn’t be able to do this at a huge school.”

Sister Act director Bill Payne says her participation highlights the extraordinary opportunities at UMD. “Maizie is a marvelous young honor student with great things in front of her. She’s also a perfect example of what makes UMD the right fit for so many students – she is pursuing her education and staying engaged with some of her extracurricular passions.”

There’s no overtime for Maizie’s extracurriculars – she has to make her days stretch to fit the wide range of activities on her itinerary.

During the basketball season, she’d go to class, then head to practice from 2-4 p.m. "Sister Act" rehearses from 6:30-10:30 p.m. “I just really have to manage my time and have to be in my books every chance I get.”

Women’s Basketball Coach Mandy Pearson noticed this stamina in her well rounded guard during the season. “Maize’s a phenomenal ‘team first’ player who brings a ton of positive energy every day to our team during practices and in games,” she says. “She’s so fun to be around because she has such a positive and creative spirit; she just brings everyone around her up.”

Now trading her layups for jazz hands, as the basketball season ended with the second most wins in the program’s history earlier this month, Maizie says she's looking forward to bringing that spirit to center stage when Sister Act opens April 18.

More information about the Department of Theatre