A number of longtime CEHSP faculty members are retiring at the end of the semester.

Nancy Diener will be completing her 35th year at UMD at the end of Spring 2020. She has been employed at UMD since fall 1986, starting as an adjunct instructor in the Department of Communication Sciences and Disorders teaching ASL courses.

In 1987, Nancy was hired by disability services as the first counselor/interpreter/interpreter coordinator for deaf, hard of hearing, and deaf blind students. The half-time position eventually grew to be a full-time role. Nancy continued to teach as an adjunct instructor for CSD, developing more advanced courses for the ASL curriculum.

In 2008, Nancy was hired as a full-time instructor for the newly developed deaf studies minor and continued to work to fully develop the new curriculum and program. She was promoted to assistant professor in 2010.

The deaf studies minor is now the second most popular minor at UMD (the first being psychology). Nancy is most proud of her work to develop the program. “...because of that program, there are so many of our graduates who are now professionals in interpreting, teaching, counseling, speech and language, and medical-related fields who are working directly with and for deaf people,” says Nancy.

In retirement, Nancy plans to continue to work part time as an ASL/English interpreter. She and her husband Tom (who met while working as wilderness canoe and backpacking guides) plan to travel and do some wilderness trips after his retirement next year as well as spend time with their children Sarah Diener-Schlitt (UMD class of ’09), Geordie, and Emily; and new granddaughter, Ada Diener!

Randall "Randy" Gordon, Professor in the Department of Psychology 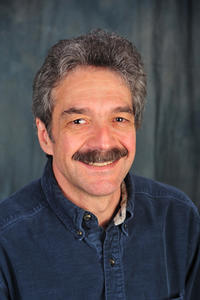 Randy Gordon is now finishing his 31st year at UMD and his 40th year of teaching. He came to UMD in 1989, before that he taught at the University of Houston and at Western Carolina University.

Mentoring and training students as researchers has been the most enjoyable part of Randy’s academic career. “Watching a number of them go on to obtain doctoral degrees and successful academic careers has been a joy,” he says, noting that he’s had well over 100 students as co-authors on his 35+ refereed publications and 70+ conference posters and presentations.

This work was the basis for Randy receiving the Chancellor's Distinguished Researcher Award in 2006 (the first CEHSP recipient). He chaired the search committee that brought Dr. Aydin Durgunoglu to UMD and considers that one of his most important departmental contributions. “She played THE major role in transforming the department in terms of standards, goals, and perspective at the beginning of the current century. I am proud of the small role I played in those endeavors,” he says.

Randy was the executive editor of The Journal of Social Psychology, the oldest journal in his discipline, from 2000-2018. While there, he revamped the editorial board, publication standards, and the overall quality and reputation of the journal.

He served as associate chair of the Department of Psychology for seven years and headed up the assessment process in the department for the first 10 years of assessment at UMD. Along with help from colleagues, he initiated and organized the Twin Ports Undergraduate Psychology conference in honor of a dear colleague, Dr. Mark Olson, who passed away in 2001.

Randy has been living in Sarasota for the last two years. He grew up in Miami and says
it’s been nice to “come home.” He plans to play and record music during retirement. He started playing guitar at age nine and has done so all his life. He may also volunteer to guest lecture at an academic institution near his home. 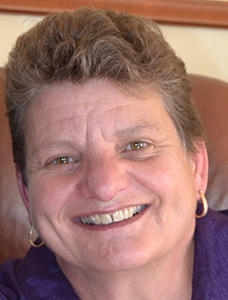 Faith Loven is retiring at the end of spring semester, 2020, after 35 years of service at UMD. She began her career at UMD as an assistant professor after completing her Ph.D. in audiology from the University of Iowa in 1985.

Appointed as the Director of Graduate Studies for CSD in 1990, she continued in that role until 2018. During her tenure as DGS, she effectively managed significant increases in the number of applications and enrollment to the graduate program, program development, advisement, and consistent grant and external funding opportunities for CSD graduate students. She served two terms as the chair of the UMD Graduate Council and played a significant role in managing semester conversion for UMD graduate programs.

Her role as an instructor included a three-course sequence in audiology required for undergraduate majors. She also taught graduate courses in research methods and audiology. In 2009 she published a textbook in normal auditory perception, with an accompanying instructor’s guide.

Faith will be joining her spouse in retirement. Together they have raised two children, a number of German Shorthairs, one Cairn Terrier, a few cats, and their beloved cockatiel, Taz. 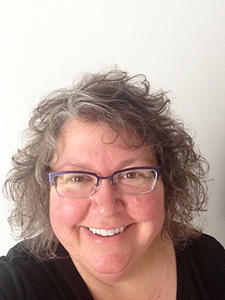 Kim has published work in many journals and presented nationally and internationally. She has traveled extensively for her work and has taught in England and China.

Kim says, “I am proudest of the outstanding graduates who completed their programs during the time I taught in the Early Childhood Studies program.”

Her retirement plans include lots of travel (when COVID-19 quarantines allow), time with grandchildren, reading fiction, fun times with friends, and drinking Bloody Marys during the day!

Kay Wallis, Instructor in the Department of Communication Sciences and Disorders 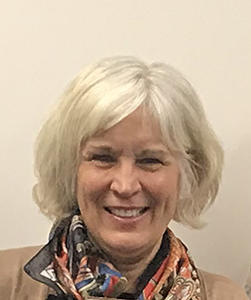 In 2010, Kay Wallis came to work at UMD as an instructor in the Department of Communication Sciences and Disorders, bringing a clinical background to her undergraduate and graduate courses in fluency disorders and clinical instruction.

Kay is one of 159 board certified specialists in fluency/fluency disorders in the U.S. and the only one in the northern MN-WI-ND region. She very much enjoyed being able to provide current information about stuttering to students and colleagues.

Kay served on department committees, including the program committee and clinical Instruction sub-committee, which she co-led. Key tasks included completion of a Core Competency of Experiences checklist for the assessment of student learning; the standards align with certification standards. This product contributed to CSD receiving several awards for Excellence in Program Assessment.

“It's been a challenging and rewarding time at UMD but it's time to move on and do other things,” she says. For retirement, Kay plans to read lots of (non-professional) books and get outside daily for exercise. She hopes to do a month-long canoe trip to Quetico and the BWCA and wants to develop fly fishing skills (and actually catch a steelhead). She also intends to volunteer in her church and community as well as assist her elderly parents.