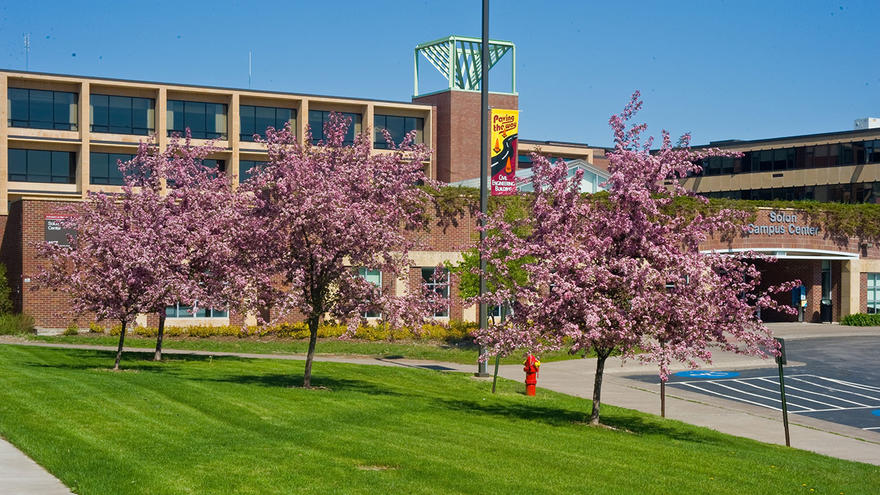 In her 33 years of teaching at UMD, Ann Bergeron has contributed to over 75 theatre and dance productions in the Department of Theatre. She is the recipient of both the Horace T. Morse Award for Outstanding Undergraduate Education and the Albert Tezla Teacher/Scholar Award. Throughout her career, Ann has been at the forefront of the Department of Theatre's efforts to provide international travel opportunities for UMD theatre students, utilizing movement and dance to transcend language and cultural barriers. Ann looks forward to her on-going international research in Teaching with Acoustical Guidance (TAG).

Aydın Durgunoğlu joined the faculty at UMD in 1993 after completing her Ph.D. in cognitive psychology at Purdue University and working as a researcher at the University of Illinois.  She has served as department head for six years and coordinated the efforts to establish the new graduate program. She was awarded the Chancellor’s Distinguished Research Award in 2011 and University of Minnesota Global Engagement award in 2013. Her adult literacy work with colleagues in Turkey have been awarded UNESCO and the U.S. Library of Congress prizes. She feels grateful to have been part of a department with wonderful colleagues, preparing students to be caring, scientifically-minded professionals.

Randall Gordon joined the faculty of UMD in 1989 after teaching at Western Carolina University from 1984-1989. He served as the associate chair of the UMD Department of Psychology for seven years. He received his undergraduate degree from York University, a master’s degree in counseling psychology from Nova University, and master’s and doctoral degrees in social psychology from the University of Houston. He also served as executive editor of the Journal of Social Psychology from 2000-2018. He would like to be remembered as a supportive colleague and a caring mentor to students he trained as researchers during his career.

Frank Guldbrandsen was a faculty member for 47 years at UMD. He came from Michigan State University, where he studied philosophy and educational foundations and was hired in the Department of Secondary Education. Frank had the good fortune to team with others to begin UMD’s first masters degree independent of the Twin Cities campus in the 1970s and the first doctoral program in 2007. Frank originally thought of UMD as a stepping stone to a greater university. He could never find one.

Randall Hicks received his B.S. (zoology) from University of Oklahoma, Ph.D. (ecology) from University of Georgia, and postdoctoral experiences at Woods Hole Oceanographic Institution and the Illinois Natural History Survey. At UMD, he was the Department of Biology head, director of the Center for Freshwater Research and Policy, and a co-director of graduate studies for the Water Resources Science Graduate Program. His research includes evaluating Duluth-Superior harbor biocorrosion, ballast water discharge for harmful microbes, the sources of indicator bacteria at beaches, and planktonic Archaea in great lakes. He is widely published and has trained 40 undergraduate researchers, 26 graduate students, and 2 postdoctoral investigators.

John Hiller received his Ph.D. in theoretical physics from the University of Maryland and joined the UMD faculty in 1984, after postdoctoral positions at Purdue University and the Institute for Advanced Study in Princeton. He served as physics department head for 12 years which included the arrival of the Large Lakes Observatory and the conversion to semesters. He primarily taught computational physics and quantum mechanics and does research in computational quantum field theory. He is now professor and chair of physics at the University of Idaho.

Jill Klingner joined the UMD health care management faculty in 2006 and worked as an investigator for the UMN Rural Health Research Center. Klingner earned an A.A. degree from UMD in 1976 and completed her social work B.A., nursing B.S.N., M.S. and Ph.D. in health services research, policy, and administration at the University of Minnesota-TC. Her quality measurement development work has been endorsed by the National Quality Forum and impacted thousands of patients' health. She received several LSBE Above and Beyond awards for creative problem solving and has been recognized by health care management students for her teaching and advising service.

Faith Loven began her career at UMD as an assistant professor after completing her Ph.D. in audiology from the University of Iowa in 1985. Appointed as the director of graduate studies for CSD in 1990, she continued in that role until 2018. She served two terms as the chair of the UMD Graduate Council and played a significant role in managing semester conversion for UMD graduate programs. Her role as an instructor included a three-course sequence in audiology required for undergraduate majors. She also taught graduate courses in research methods and audiology. In 2009 she published a textbook in normal auditory perception, with an accompanying instructor’s guide.

Bruce Peckham received his A.B. from Hamilton College in 1977. He earned his Ph.D. in mathematics from UMTC in 1988 and taught at Boston University before coming to UMD in 1990. He served at UMD as director of undergraduate studies, associate department head, and department head. His research, supported by NSF grants, was on dynamical systems. He published 20+ articles and presented 70+ professional talks. He taught a wide variety of courses and advised 48 student research projects. He received the 2010 Blehart Award, the SCSE Outstanding Adviser Award in 2010, and the SCSE Anderson Scholar//Teacher Award in 2015.

Robert Repinski came to UMD to teach printmaking and drawing in 1991 with a B.F.A. degree from the University of Washington and an M.F.A. degree from Rutgers University. He worked to transform the printmaking studio into an efficient, safe and modern facility through successful grant writing. Robert has established the annual Repinski Scholarship in Printmaking to encourage and support students in the discipline. He was awarded the Jean G. Blehart Award for Distinguished Teaching in 2015 and an Outstanding Adviser award in 2003. He served as director for the Study in England Program in 2010-11, as well as leading, participating, or planning programs in Italy, Turkey, Mexico, Sicily, and Cuba.

Kim Riordan has held a variety of roles within the Department of  Education: part-time instructor, associate professor, associate department head, accreditation director, coordinator of the Unified Early Childhood Program, and coordinator of international student teaching. She also served UMD as an associate vice chancellor. She received her B.A. and M.Ed. from UMD, and her Ed.D. from St. Mary's University of Minnesota. Kim taught undergrad and graduate courses in parent education, human development, human diversity, and early childhood studies. Kim is proudest of her work mentoring junior faculty and colleagues beginning to teach online.

Kenneth Risdon received a B.A. and M.A. in English from Ohio State University, and a Doctor of Arts in English from Idaho State University. He joined the English department at UMD in 1975. He was director of composition from 1978 to 1985 and helped to create a structured freshman writing course. In the early 1980s Risdon and others created the first computer lab on campus, and required computer use in the freshman writing classes. During his 43 years at UMD, Risdon served as department head as well as serving on and chairing nearly all of the major committees at UMD, including acting as chair of the Educational Policy Committee and co-author of Higher Learning Commission report in the 1990s.

Linda Rochford started her career in innovation as a chemist for 3M, followed by management positions at Cargill and Ruco Polymer Corporation in New York. Her University of Minnesota Ph.D. brought her to San Diego State University before coming to UMD. Over the course of her career, Rochford published more than 20 refereed journal articles, made more than 30 professional presentations, and published more than 35 cases. Rochford  has won two national teaching awards. She is particularly proud of the short-term study abroad Innovation in Ireland program that she developed and offered for eight years to more than 110 students. She is looking forward to living and working in Ireland in 2021 as a Fulbright Scholar.

Steven Trogdon received a B.S. in mechanical engineering with distinction from the University of Virginia in 1971 and a M.S. in mechanical engineering from Duke University in 1975. He earned his Ph.D. from the UMTC in 1981 in mechanics. Prior to coming to UMD in 1987, he taught at Clarkson College and the University of Nebraska. At UMD, he was awarded two faculty fellowships at Eglin Air Force Base, FL (penetration mechanics) and two at the Naval Undersea Warfare Center, Newport, RI (water waves). He taught graduate classes in partial differential equations and numerical analysis.

Hudson Turner joined the UMD faculty in 1998, was awarded an NSF Career grant in 2001, and served as computer science department head from 2011 to 2020. He earned an undergraduate degree in liberal arts, master’s degrees in library and information science and computer science, and a doctorate in computer science, all at the University of Texas at Austin. Hudson published two dozen peer-reviewed scholarly articles, with over 3000 citations, and he taught courses on a range of topics, including theory of computation, discrete math, mathematical logic, algorithms and data structures, compilers, ethics, and C++ programming.