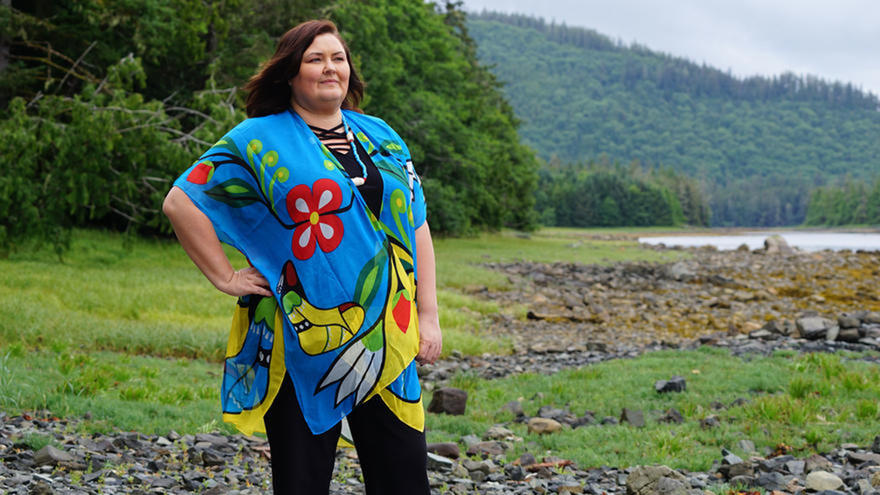 The 2019 Professional of the Year Award was presented to Dr. Wendy F. Smythe. AISES (American Indian Science and Engineering Society) gives this award based on overall leadership and technical achievement.

Smythe is Alaska Native Haida from Hydaburg, Alaska. Her Haida name is K’ah Skaahluwaa (laughing lady), from the Xáadas (Haida) clan of Sdast’ aas (Fish egg house). She works with Indigenous communities to couple STEM discipline with Traditional Ecological Knowledge (TEK) in K-12 education. Through her work, she seeks to increase the number of Indigenous people represented in STEM disciplines, increase diversity and innovation, and teach the next generation of Indigenous leaders.

She has a dual Ph.D. in both environmental science and engineering and estuary and ocean systems from Oregon Health and Science University. Two years ago, she founded the Geoscience Foundation Education program in her tribal community of Hydaburg, Alaska, in collaboration with the tribe (Hydaburg Cooperative Association) and the Hydaburg School District.

In the fall of 2019, she joined UMD's American Indian Studies Department, as a tenure track assistant professor, as the first scientist to join the department leading the new Masters of Tribal Resource and Environmental Stewardship program. She is a technology and policy fellow with the National Science Foundation.

Learn more about the Department of American Indian Studies.