It took four generations and over 150 years for a powerful history to come to light.

In 2019, the lives of four people and four generations came together to bring forward accounts that date back to the 1800s. Their story starts with two people from the Leech Lake Band of Lake Superior Chippewa: Margaret (Maggie) Nason, a medicine woman who was born during the 1870s and her son, Paul Peter Buffalo, who was born at the turn of the century. 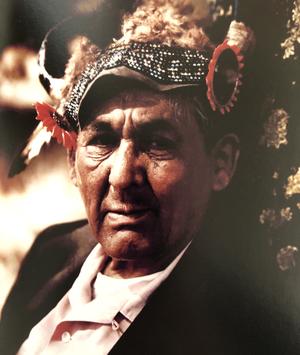 Tim’s UMD office still has cardboard boxes filled with handwritten notebooks and type-written pages: transcriptions of 12 years of sound recordings of the words of Paul Buffalo.

In a nearby building, Cassidy’s office shelves are filled with many three-volume sets of Paul Buffalo’s accounts, published and ready to be sent to libraries, schools, and homes around the world.

“I Passed on His Words”

Tim says that the books, “began with a dream of Paul Buffalo’s mother, passed on to her son, who passed it on, for safe keeping, to me, who – as they wished – passes it on to all who want to hear.” 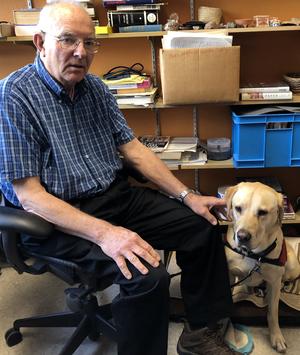 Tim Roufs was a young University of Minnesota anthropology student in 1965 when he visited the town of Ball Club and met people from Leech Lake. As Tim visited homes and community gatherings, Paul Buffalo studied Tim.

After no misfortune came from Tim’s presence, Paul Buffalo began to trust Tim. He realized that Tim was the man his mother dreamed about… the man who would “come to write down their Indian ways of life.” This encounter began the 12 years of storytelling that turned into, first 3,500 typed pages, and next three printed volumes.

The predictions of Maggie Nason, Paul Buffalo's mother, came true. Paul Buffalo told Tim, “Someday people will want to listen again, and when they do, you can give them these words.”

Tim emphasizes the importance of the books. “Paul Buffalo was one of the last hunters and gatherers in North America,” he says. A descendant of Pezeke, the great "Chief Buffalo" of Lake Superior, Paul Buffalo was born near the fork of the Leech and Mississippi Rivers in 1900.

"In his childhood, he lived the way his ancestors lived," Tim says. He lived through the seasons in the woods where there were no trains and no automobiles. The only white people he met were a few white men, mostly Finnish loggers.”

Tim respected Paul Buffalo’s teaching style. At Tim’s insistence, the books follow traditional oral history practices. Tim includes Paul Buffalo’s accounts that use repetition for emphasis, which adds to the value and authenticity of the books, and makes them stand apart from other academic pieces.

Cassidy is mentioned in the acknowledgments of the books, entitled Gabe-Bines “Forever Flying Bird”: Teachings from Paul Peter Buffalo. She played a crucial role in their publication. Tim says, “Without Cassidy, there wouldn’t be books; the stories would have stayed in the cardboard boxes.”

While her work with AILRC and as a social work student played a part of Cassidy’s involvement with the publication, she spent hundreds of hours on it as a volunteer. She wrote grant after grant for funds to publish the work. Each time it was turned down, it made her more determined to try again.

When she finally secured funding from the Minnesota Arts and Cultural Heritage Fund through the Minnesota Historical Society, her work was not over. She became manager of the publication deadlines, and along with Tim, she reviewed all of the images to select the ones most appropriate for the printed volumes. After the books arrived at UMD, she coordinated contact with the institutions and the shipment of the books.

Cassidy remembers, “The publication was finalized on the anniversary of Paul’s 'walking on,’ and that was meaningful to me.”  She has a special connection to Paul Buffalo’s teachings because she is a descendant of the Fond du Lac Band of Lake Superior Chippewa. "My mom is a nurse, my sister works with health and wellness, and my cousin is a social worker on the reservation," she says. "I can see parallels between Paul's story and my family's calling and history."

Tim and Cassidy give credit to the many people and organizations who have contributed to the Gabe-Bines books during the years that it took to get them printed. The books are now shared throughout many communities. There are copies at the Chicago Field Museum, Newberry Library, National Museum of American Indian, the Library of Congress, Native American schools across the country, and every school in Minnesota where several American Indian children are enrolled.

In Duluth, Public School District 709 will be incorporating the series into their recommended reading list; and at the Fond du Lac Tribal and Community College, faculty member Roxanne DeLille is teaching the books in her American Indian Studies classes.

While the books have gone this far, there are more people that they can reach. Cassidy and the AILRC are still looking for schools, tribes, and organizations that would benefit from having this resource. Their hope is to spread Paul’s story as far as possible.

It has taken four important people, whose lives cover four generations and over 150 years, to give the Gabe-Bines books to people who seek knowledge of the ancient ways. UMD is proud to be part of the gift these four have given.

Top image: Cassidy Capriglione in the Tweed Museum of Art

This story was written by Britney Leanos, a student majoring in environmental science and Cheryl Reitan, UMD University Marketing and P.R.