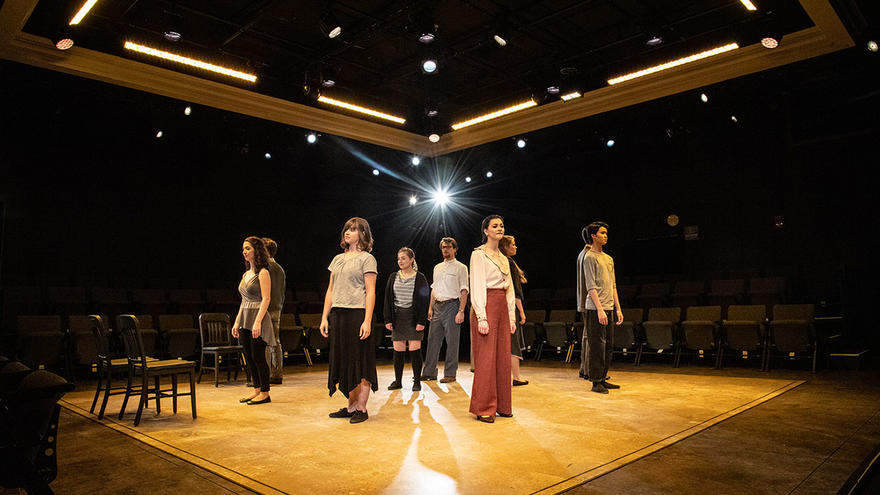 UMD's production of An Enemy of the People and Professor Tom Isbell receive KCACTF awards.

UMD Theatre is excited to announce these national honors from KCACTF:

Distinguished Production of a Play:  An Enemy of the People

This production was selected along with seven other productions from across the country out of hundreds of theatre productions nationwide. It was the only production chosen from KCACTF's Region 5 which represents university and college theatrical programs competing from Iowa, Kansas, Minnesota, Missouri, Nebraska, North Dakota, and South Dakota. 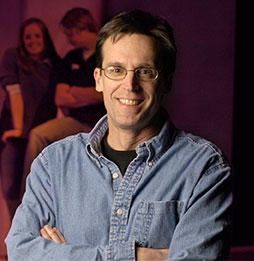 Distinguished Director of a Play: Tom Isbell, An Enemy of the People

UMD Theatre Professor of Acting Tom Isbell received this national award with four other directors from across the nation within the nine KCACTF regions.

The aim of this national theater education program (John F. Kennedy Center for the Performing Arts' Kennedy Center American College Theater Festival - KCACTF) is to identify and promote quality in college-level theater production. Each theatrical production entered is eligible for a response by a regional KCACTF representative and eligible for invitation to the KCACTF regional festival and may also be considered for national awards recognizing outstanding achievement in production, design, direction and performance.  Last year more than 1,500 productions were entered in the KCACTF involving more than 200,000 students nationwide. By entering this production, UMD Department of Theatre shared in the KCACTF goals to recognize, reward, and celebrate the exemplary work produced in college and university theaters across the nation. (www.kcactf5.org)

About UMD College of Liberal Arts (Department of Theatre)
UMD's Department of Theatre, providing academic and professional training in the theatre arts, is housed in the Marshall Performing Arts Center (MPAC), which includes a 550-seat flexible thrust/proscenium theatre, a black-box experimental theatre, fully equipped scenic and costume shops, computerized lighting control, digital and analog audio playback stations and studio space for acting, dance and design. The Department of Theatre offers two majors: a Theatre Bachelor of Arts (BA) and Theatre Bachelor of Fine Arts (BFA). In addition, they offer minors in dance, theatre and film studies. Throughout the year, UMD Theatre offers a variety of shows for the public.