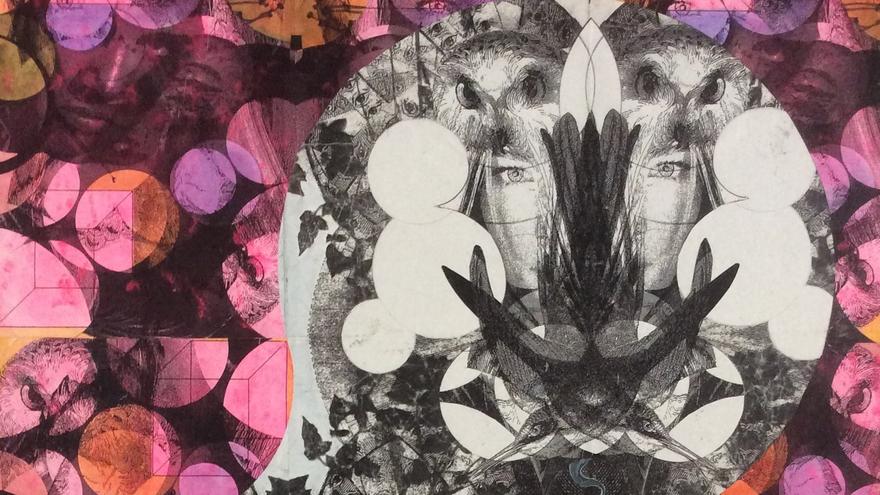 Jeffrey S. Kalstrom is exhibiting a new series of works at the Duluth Nordic Center in a show entitled "E. is the A. A. is the W," through October 31. 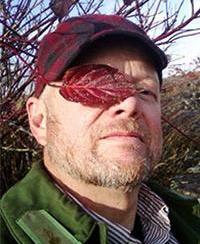 Kalstrom’s current work operates on two levels, one being mythic figurative imagery, the other colorful optical patterns. He investigates myths and religious imagery from pre-historic, Scandinavian, Greek and other Mediterranean cultures primarily in black and white printed patterns. He then adds color and abstract symbolic shapes creating complex optical patterns. The meaning(s) embodied by the works have been described as "wonderment at the beauty of the physical world and the richness of human myth-making."

This time period has been torn by a global pandemic which has cost many their lives and their jobs, the needless killing of George Floyd sparking protest and unrest, endless fires in the West and hurricanes in the South, and a Presidential election that becomes darker by the day.

Horrified by this suffering, I gravitated towards work which tries to imagine and visualize an alternative reality, a dream world where the conflicts between people, between humans and animals and between life and death itself are resolved. I need to dream dreams of wholeness in times riven by conflict and hatred. I need to see visions of unity to keep my hopes alive.

I hope my dreams inspire and provide a soothing balm for the heartache we are living through.

The exhibit includes a video discussion of the work between art historian Peter Spooner and the artist filmed and edited by Allen Killian-Moore. More info is available at nordiccenterduluth.org. Gallery tours may be arranged with the artist at jkalstro@d.umn.edu.

About the UMD Department of Art and Design.