The Complex Iconography and Symbolism of Kali 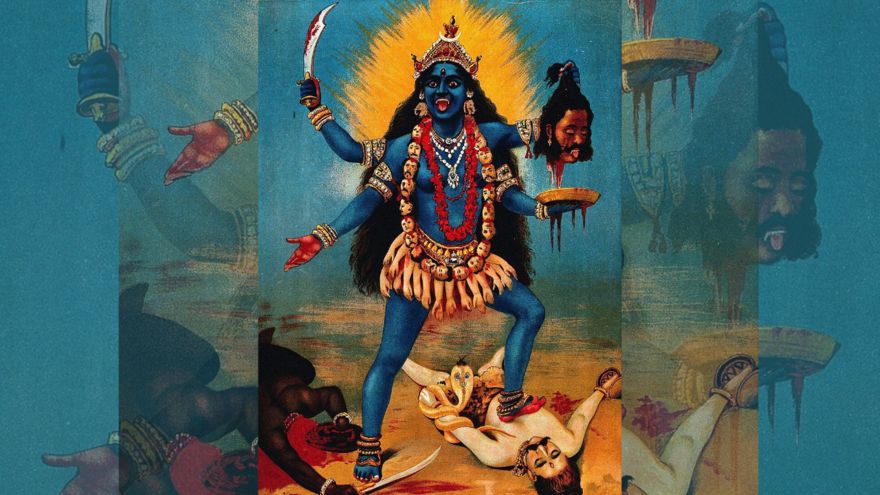 Join us in welcoming Dr. Meenakshi Malhotra, associate professor at Hansrag College, University of Dehli. Dr. Malhotra examines the embodiment and conceptualization of Kali and what it says about our understanding of good and evil, gender, motherhood, the maternal and feminism.

"The Complex Iconography and Symbolism of Kali"

Kali , a devouring mother goddess is pictured with a necklace of skulls, naked with her hair as her only covering, her foot on the body of her consort, Lord Shiva and with her tongue lolling out. Some of her worshipers are also cast in equally fearful garb(or lack of it)both in actuality as well as in the popular imagination. Frequenting cremation grounds and burning ghats where Hindus cremate their dead, it seems that the tantrics and other devotees wore the mark of their devotion and worship on their bodies and embraced their marginal and outcaste status willingly. The norms and forms of Kali-worship, I argue, is a test case to study the multi-layered and palimpsestic nature of Hinduism , particularly, in this instance, its inclusion of the body-centred or left handed way of worship. Kali poses a challenge to our understanding of God as the source of all good. This devouring mother-goddess, a version of the ‘materna dentata’, threatening, intimidating and fearsome defies our expectations of the nature of divinity.

The talk will look at the complex mythology and iconography of Kali to explore whether it is possible to make it resonate with contemporary feminism.