Bulldogs Back on Ice 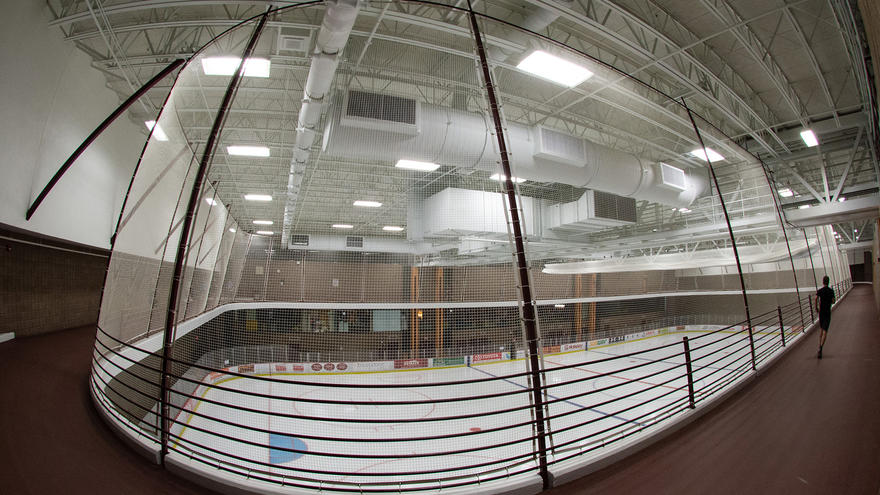 "Having the ice rink reopen brings a sense of community to campus."

After two years ice-free, the community is invited to help celebrate the grand reopening of UMD’s on-campus ice rink this Thursday, February 6, 2020.

The free event begins with open skating from 3 - 4:45 p.m. Free skate rental is also available, along with assistance from UMD’s sports club team members who can help participants find the right size and make sure laces are tight. Champ, Men’s Hockey Cheerleading, Women’s Club Hockey, Men’s Club Hockey and the UMD Figure Skating team are adding to the on-ice celebration.

Intramural broomball begins at 5 p.m., and a ribbon cutting and reception start at 5:30 p.m.

The campus rink is in the Sports and Health Center, 1216 Ordean Court.

Having the rink back in action has been welcomed by Bulldogs. “The ice rink gives students an outlet to exercise, have fun, and meet new people,” says Michael Messenger, a marketing major who is helping to plan the event.

Student Abbie Nyberg, who is also on the planning committee, adds, “Having the ice rink reopen brings a sense of community to campus and we are excited to see all the opportunities it will bring.”

This marks the first time in two years that Bulldogs and community members have been able to hit the ice.

A comprehensive replacement of the building’s heating, ventilation, and air condition system, as well as the ice making system was launched when maintenance workers noticed mold growing on the ice rink’s beams in February, 2018.

Coincidently, this happened at the same time that the HVAC system was past it’s lifespan and failed. Mold was found growing under the turf, and this was also replaced. The ice making system was driven by the refrigerant R22, and it was being outlawed nationally in 2020. Opportunity presented itself to change this out during the same period. A complete overhaul was soon underway.

For most of the two year ice hiatus, students were able to use the facility’s new turf and the track above it. The ice rink reopened in mid January. 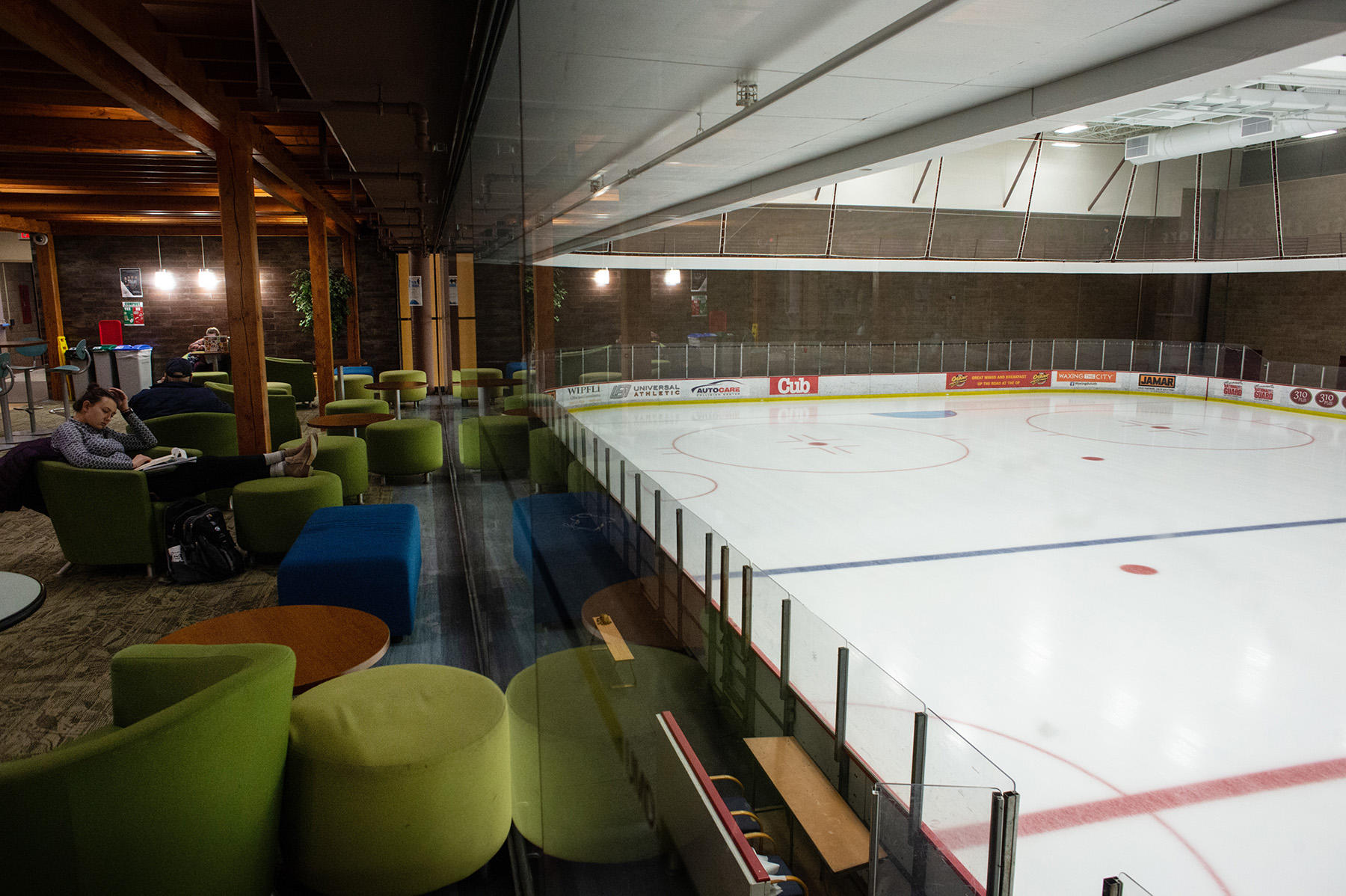 Mick McComber, director of UMD’s Recreational Sports Outdoor Program (RSOP), says the ice rink sees thousands of student users every year, so ensuring it was improved and reopened was a priority. “While we welcome and encourage community members to skate with us, this really is our students’ ice rink. We wanted to make sure that it was safe and usable for generations to come.”