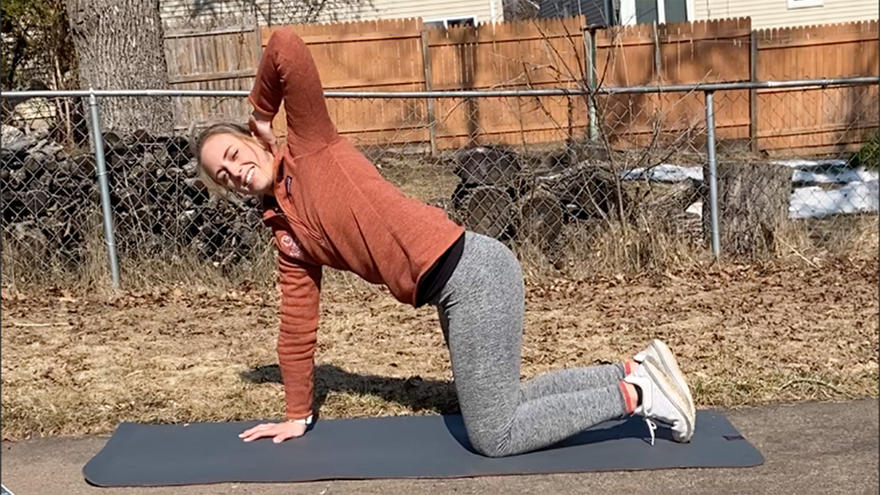 Finding ways to adapt college coursework to an online environment amidst the coronavirus outbreak has been a challenging adjustment for all involved.

Chuck Fountaine, associate professor in the Department of Applied Sciences, wanted to ensure students in his capstone exercise science course had a meaningful learning experience despite the new limitations. Typically, students in the class conduct research with human subjects but that’s not possible under the restrictions related to COVID-19.

Fountaine came up with a creative way to turn a “giant lemon into some lemonade” by having students create 3 to 5-minute exercise videos, which he calls “exercise snacks.” The assignment is helping students build relevant skills. They’re channeling their knowledge and passion into their projects, all the while developing proficiency in videography and public speaking.

Videos are set in living rooms and basements or outside on patios. The content varies, from yoga to full-body workouts and gentle stretches that target a particular part of the body. All of the exercise snacks can be done with little or no equipment.

When the first batch of videos came in, Fountaine says he was “blown away” by how well students did with the assignment. “That’s when I decided, ‘Let’s keep going. Let’s build a video library and make it public.’”

Fountaine realized the exercise snacks have the potential to help the public stay motivated, healthy, and active while confined to their homes. “Everybody is cooped up and hungry for information about how to stay physically active because we’re now stuck behind a computer all day,” he explains. “As seniors in the exercise program, it’s their time to shine and produce content that will help people.” 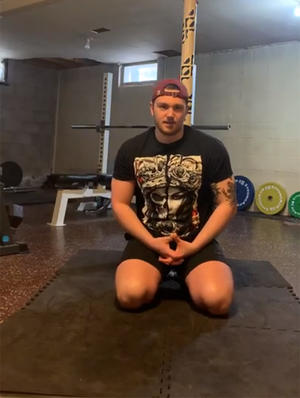 Student Andrew Wiest appreciated the assignment. He didn’t have a lot of gym equipment growing up so he learned how to create effective workouts for himself through trial and error. Wiest likes the idea of sharing his experience with others. “Getting creative about it has become second nature to me—and it’s kind of fun. If you don’t have the standard equipment found in a gym, there are so many other things you can use to aid your workout.”

Wiest created a Tabata workout video. This method involves performing intense exercises for 20 seconds and then taking 10 seconds to rest. Wiest put together eight different exercises for the video, which can be done in repetition. “It’s a quick and efficient way to get a good workout in under a half-hour,” says Wiest, noting that a simple workout like this can help people maintain their health during the stay-at-home order. 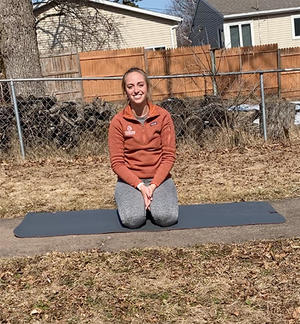 Another student in the class, Lydia Storlie, enjoyed being able to watch the different workouts her peers came up with and notes that the project pushed people out of their comfort zones a bit. “It’s a super fun way to integrate what we have learned in the past 4 years,” she says.

After noticing that the move to online classes meant she was doing more sitting—and slouching over a computer—Storlie decided to create a video of stretches that places an emphasis on posture. She also produced a yoga video. “Yoga is a great way to relieve stress. Even if it’s just for 3-5 minutes, you’re getting your body moving. You could even do it during a Hulu commercial break,” she says.

While Storlie says she’d prefer in-person classes, she’s been impressed overall at how her professors have adapted to the virtual classroom and especially at their willingness to help with any issues students are having. “That’s an important aspect of all of this. It has proven our sense of community, especially in exercise science but also at UMD as a whole,” says Storlie.