A Start for Criminal Justice

“I was very happy to see a woman of color as a judge. She was so hopeful and answered all my questions.”

Elizabeth Rypa interned with the Ramsey County Attorney Office in the summer of 2019. “The first time I walked into the courtroom, I was so excited, I didn’t pay attention for the first 15 minutes because I was admiring the building,” she says.

After that, she often found herself admiring her surroundings in the 21-story, Ramsey County Courthouse. It’s one of the most remarkable buildings in downtown St. Paul, Minnesota.

Inside the courtrooms, historic tall windows give light to wooden jury seating, attorney’s tables, and wall paneling. It's where life-changing decisions are made and expressions of emotions, such as anger, sadness, and excitement, are often visible. Custody of children is being awarded. Sentences, from probation to prison, are being weighed.

It took a while to become accustomed to her surroundings and the importance of the work at hand. “I settled down and paid attention to the pretrials,” Rypa says. “I loved it.” 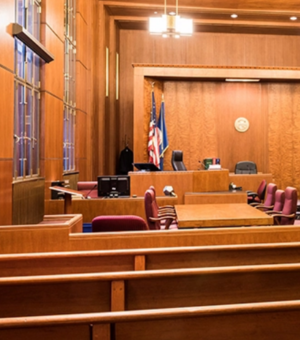 It wasn’t all easy. Even with some UMD criminology classes behind her, she says, “At some points I was confused on what was going on.”

She observed cases in the criminal, juvenile, and civil divisions. She took notes, and each time she was faced with a complicated issue, “I asked questions or found ways to figure it out.”

Rypa was able to meet one judge who was in charge of a case. It was one of Rypa’s most memorable moments. “I was very happy to see a woman of color as a judge. She was so hopeful and answered all my questions.” Rypa says she doesn’t see women of color in such a powerful position very often. “That, to me, was very empowering.”

Rypa aspires to be a criminal defense attorney, and the Ramsey County Courthouse gave her a taste of what her life will be like after her graduation. The experience and her classes at UMD are paving a way for her future career.

Law school is the next step for Rypa, after receiving a bachelor’s degree in criminology in 2022. That goal has led her to student government on campus. She became the Student Association (SA) director of diversity and inclusion at UMD in fall 2020.

The SA role occurred because of Rypa’s earlier involvement. She has been active at UMD since arriving on campus her freshman year. She was the freshmen representative for the Black Student Association and kept her place on the BSA executive board her sophomore year as marketing and public relations chair. Now going into her junior year, in addition to being SA director of diversity and inclusion, she is also the treasurer of the Oromo Student Association executive board. 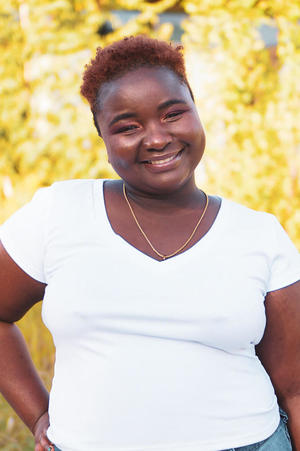 The SA diversity and inclusion position was created to act as a middle ground between the Multicultural Center and SA, to insure diversity initiatives around campus. “It is important because it helps represent the culture of UMD,” she says. Rypa, who attended Harding Senior High School in St. Paul, Minnesota, which has a minority enrollment of 93 percent, puts her best efforts forward to fulfill the role. “It’s hard to represent so many different cultures, but I think that with my own personal experience, help from my committee, advisors like Susana Pelayo Woodward, and fellow SA members, I can try my best.”

In addition to student government, Rypa handles her school assignments and works for UMD Catering. It is no surprise that she is a 2020 and 2019 recipient of the Harry Oden scholarship. “This is a scholarship that I am so grateful to have, and I feel blessed.”

There are many ways to get involved on the UMD campus, and Rypa is using these opportunities to prepare herself for her future. “These orgs have helped me achieve communication skills, time management, and public speaking, which are all well needed in my field.”

Her many aspirations have pushed Rypa to be more involved. Her work with campus life and student government is sure to give her confidence, compassion and understanding as a law student and when she enters the nation’s justice system.

About the UMD Criminology Program