Hey! Have You Ever Thought of This? 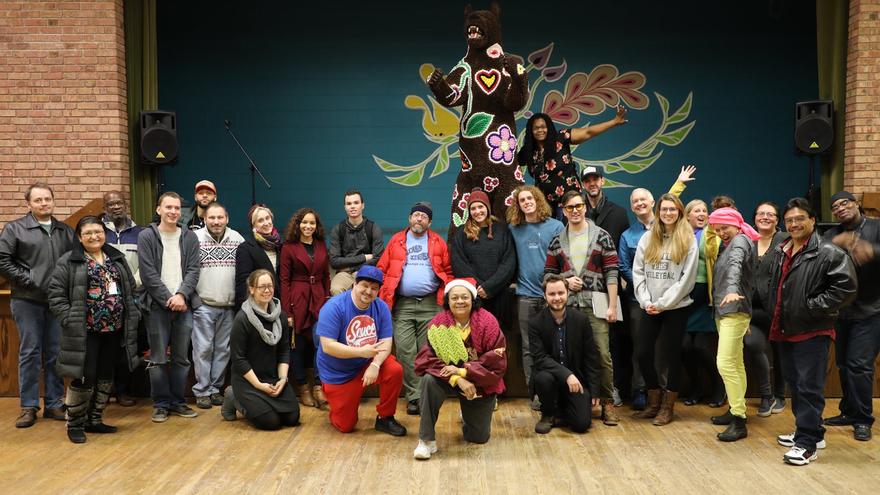 In August 2018, then-CLA Associate Dean Olaf Kuhlke and a diverse team of Duluth community leaders went to Sante Fe, New Mexico, for training. They learned from Creative Startups, a non-profit that works with determined entrepreneurs to provide them guidance and help them launch their own businesses.

The initial team came back to UMD and in November 2019 formed a Creative Startups pre-accelerator program for 22 startups in the Duluth community.

“There was no program to teach how you start thinking about a business,” Kuhlke said about the Duluth area. Help was particularly lacking “for the creative industry and for people who have artistic talent who want to turn a hobby or side project into a business.”

The training team met the group twice a week for four weeks. After a short lecture, the entrepreneurs discussed their startups. They were often inspired by each other as they thought of new uses for products. 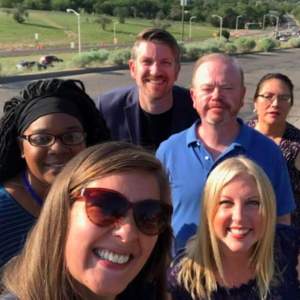 Olaf Kulke (center, back row) and five of the Duluth Creative Startup members in New Mexico.

For example, one of the members, Henry Banks is interested in cross-cultural tourism. He wants to set up tourist trips to the American South to educate people about the civil rights movement. A fellow entrepreneur recommended to him that he could market to German tourists to come to the Midwest to learn more about American Indian culture.

“The trainers offered education about starting a business,” Kuhlke said. Some people just wanted to test if a business could be profitable. “Others were in the process of launching a business. We wanted to give them a push to incorporate and get going.”

The fall Creative Startup meetings were held at the American Indian Community Housing Organization (AICHO) in downtown Duluth and at the Family Freedom Center in Lincoln Park. The entrepreneur group was “40% women and 40% people of color,” Kuhlke said.

“The African American community and the American Indian community are largely unrepresented despite the fact that they are doing a lot,” Kuhlke said. “Part of our project was specifically geared at highlighting and recruiting people of color in Duluth because they are underrepresented among entrepreneurs.”

The initiative partnered with UMD’s College of Liberal Arts, the City of Duluth, AICHO, the Family Freedom Center, Fathers Rise Together, Integrative Re-Sources, the Northland Foundation, the McKnight Foundation, and others.

“These growing entrepreneurs learned a lot by pitching their business ideas to each other and they even started hiring each other,” said Kulke. He expects several successful startups to come out of the group. “They got to know each other and got stronger as they supported each other.

About the UMD Cultural Entrepreneurship Program