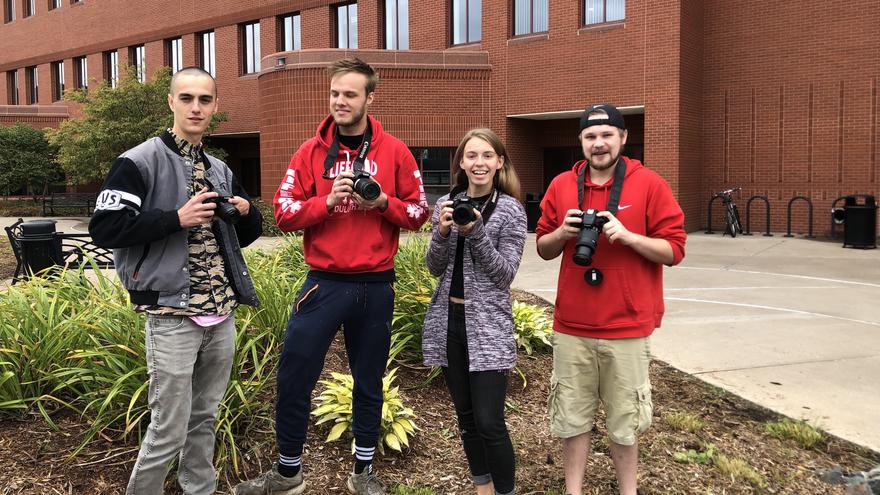 UMD students received a unique opportunity to work with the Catalyst Content Festival this fall. The five-day event will be held in Duluth from Oct. 9-13.  Catalyst has its roots in the Sundance Film Fest, but its center is not film, but episodic work, think "Breaking Bad" and "Orange is the New Black."

All are invited to a preview of the Catalyst Content Festival. Meet UMD Chancellor Lendley Black, SFA Dean Robert Kase, UMD student volunteers and the people who make the Catalyst Festival happen. Catalyst Executive Director, Philip Gilpin, Jr., says there are dozens of UMD students already working and signed up to help. They will staff the ticket booth, serve as drivers, greet speakers and executives at the airport, and staff the receptions. Many UMD students have worked with Riki McManus of the Upper Minnesota Film Board to provide video of potential filming locations for a Catalyst Production guide. UMD event is Oct 7, 4 pm in Montague 80. Refreshments will be served after the event.

Catalyst is a year-round organization. They are interested in giving experience to UMD students in all of UMD's colleges, from marketing students seeking careers in the film industry, to students in music, acting, costume design, dance, documentary film, and more.

Students, faculty, staff and the community are invited to find out more about the Catalyst Fest at https://www.catalystcontent.org/.

The five-day festival will be held at several locations in downtown Duluth including Zeitgeist Center for the Arts and the Norshor Theater. Students are encouraged to volunteer for the festival by contacting community@catalystories.com. All are welcome to join the preview on October 7.

About the UMD Film Studies minor

Photo above: Bret Holland, Jude Bass, Heidi Stang, and Sam Caswell are four of the UMD film studies students who made area location photos for the Catalyst organization.