A Scholar and Outdoor Enthusiast 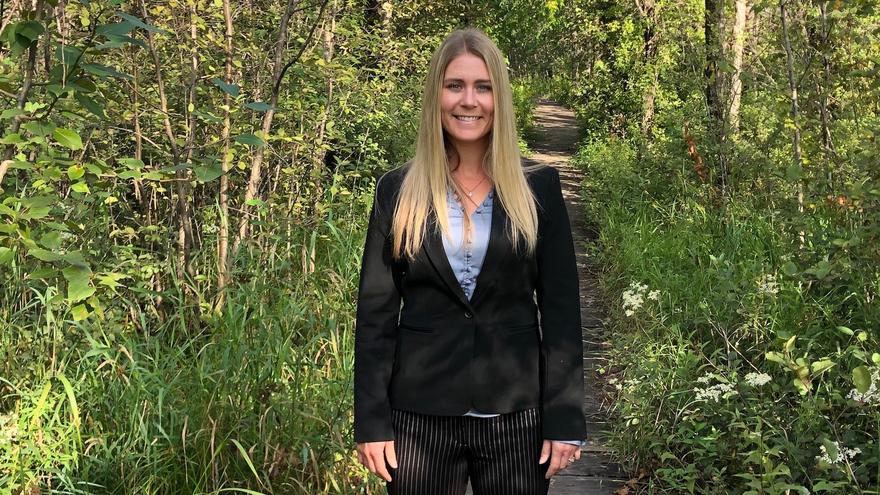 Carlie LaLone ’03 likes to spend time in the Boundary Waters Canoe Area Wilderness with her husband, Ben, and her two girls, Ferrah and Haylie. “We pick blueberries for pancakes and catch fish for dinner,” she says. 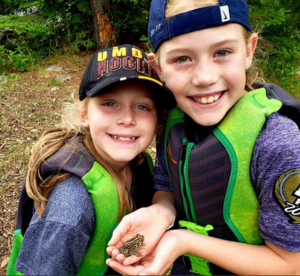 Haylie and Ferrah in the Boundary Waters

Ever the scientist, she invites the girls to, “stop and listen and simply enjoy nature. What’s around you? What do you smell? What do you hear?” On the last trip they followed an animal with their canoe, a beaver or a muskrat, until they lost it in the grasses. “The kids are free here to explore and play with their surroundings, including frogs and leeches,” she explains. “I treasure living in Minnesota.”

When she’s not enjoying the outdoors, Dr. Carlie LaLone works as a research bioinformatician at US Environmental Protection Agency. There she created the Sequence Alignment to Predict Across Species Susceptibility (SeqAPASS) tool. SeqAPASS is a publicly available online screening tool that allows researchers and regulators to compare untested species at the molecular level.

Carlie explains that her work computationally evaluates protein similarity across species, which provides a line-of-evidence to predict the likelihood of chemical susceptibility. Such computational methods can reduce cost and the use of animals in toxicity testing and provide efficient means to understand the potential for adverse effects across hundreds to thousands of species rapidly.

Largely because of this work, Carlie received the Presidential Early Career Award for Scientists and Engineers, which is the highest honor bestowed by the U.S. government to scientists early on in their careers. “I feel extremely fortunate to work for the US EPA in Duluth,” she says. “The research in aquatic toxicology from this lab is world renowned.” She gives credit to her supervisors and colleagues who mentored, joined, and supported her as she conducted her research.

From Lake Superior and Back

Carlie had the brains and the brawn. She was on the National Honor Society as a multi-sport athlete in high school in Superior, Wis. She played basketball, volleyball, and softball. Her record in softball helped her land an athletic scholarship to play for the UMD Bulldogs under renowned coach Bill Haller.

After graduating in 2003 from UMD with a B.A. in chemistry and a B.S. in biochemistry and molecular biology, she was off to Iowa State for a Ph.D. in genetics which she completed in 2009. Her postdoctoral work took her to the UM-Twin Cities, and the EPA in Duluth as a biologist.

In 2014, Carlie was hired as a bioinformatician for the EPA and not long after she began as an adjunct faculty member in the UMD Integrated Biosciences Graduate Program. “It’s a great experience to work at EPA and UMD with so many exceptional people and inspirational scientists.”

Life just keeps moving for Carlie. Work and trying to keep up with her kids, who are multi-sport athletes, keeps her busy, Yet, she wouldn’t have it any other way. It isn’t all work though, Carlie takes time to enjoy all things outdoors: camping, hiking, mountain biking, running, alpine skiing, and coaching softball.

And she continues to set even more goals. She is determined to portage and steer her own canoe by the end of the summer so that she can paddle herself in the Boundary Waters Canoe Area Wilderness. “I want to have the freedom to take the girls on my own,” she says. “The outdoors is the best classroom and playground.”

About the UMD Chemistry and Biochemistry program

About the UMD Biology program