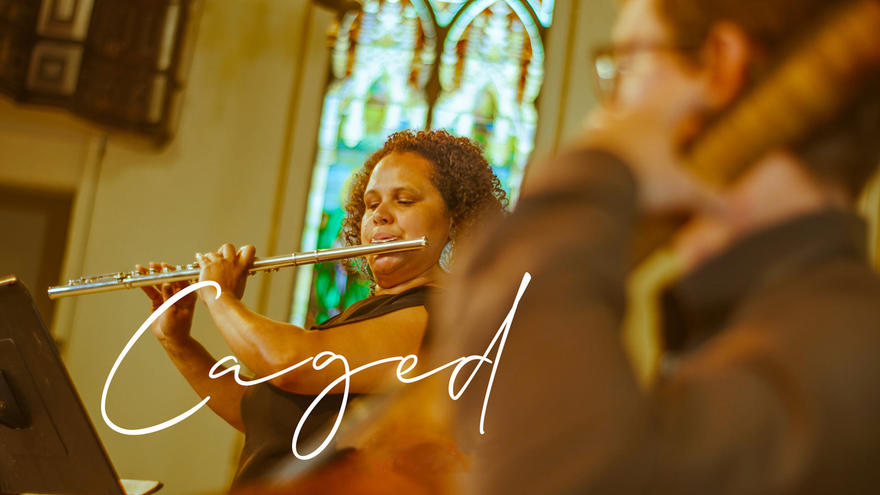 Faculty use art to call attention to oppression and racism. 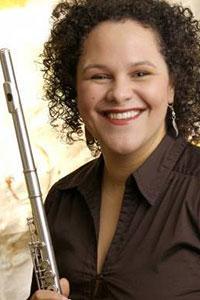 The music was written by Jean R. Perrault. He says he wrote it, "in memory of all the victims of dehumanization."

Paula Gudmundson, a celebrated flutist, commissioned Perrault to write the piece for flute and bass, "in response to the murder of George Floyd and following protests."

"Caged" had its debut on August 14 as part of the 2020 National Flute Association's Virtual Summer Series. It premiered during the closing ceremonies' Healing and Remembrance Concert and was performed by Gudmundson, on flute and Joey Pettit, a UMD instructor of music, on bass.

Perrault writes that “Caged” is about the "victimization, the dehumanization of individuals because of the color of their skin, their gender, their country of origin, their ethnicity, their religion, their rank or place in society… 'Caged' is about the dominant group’s systemic and systematic use of its power to subjugate, persecute, prosecute, oppress and abuse others."

Perrault continues, "It is about the suffocation of another being, simply because you can. There is no shortage of reasons or “excuses” that have been used to victimize other human beings…" He finishes his statement with the words of George Floyd, moments before he was killed, "I can’t breathe."

The National Flute Association is the largest flute organization in the world. The NFA has approximately 5,000 members from more than 50 countries. Guided by its goals to encourage a higher standard of artistic excellence for the flute, its performers, and its literature, members include leading soloists, orchestral players, jazz and world music performers, teachers, adult amateurs, and students of all ages.  Each year, the National Flute Association holds 20 competitions to reward outstanding performers, composers, publishers, scholars, and entrepreneurs. Dedicated to inspiring young artists, NFA has numerous scholarship programs for continuing education including cultural outreach scholarships in 15 U.S. and non-U.S. cities.

About UMD's Department of Music.