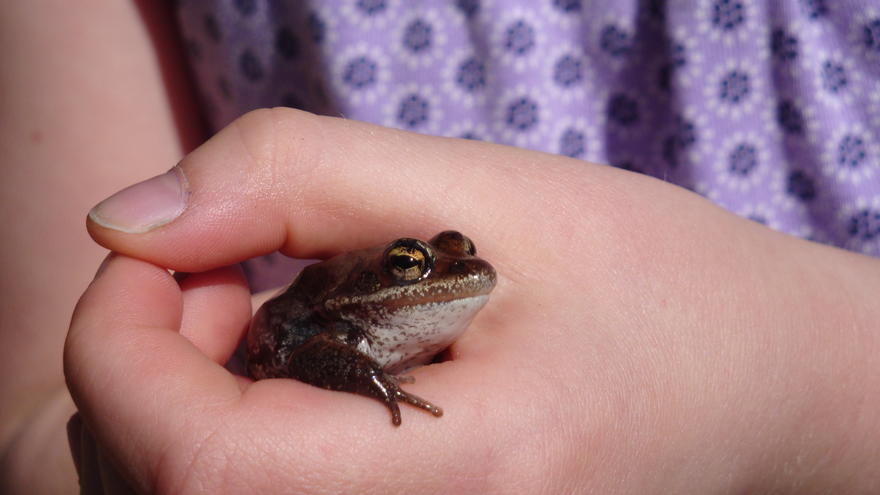 Scientists use decade of data on anuran species to track environmental change.

Spring is a great time to hear and see frogs and toads. Vernal pools -- wetlands that dry up by fall -- are important breeding habitat for these species. Amphibians are especially important because they are both predator and prey, living both in wetlands and on dry land. But habitat loss and degradation have put frogs and toads at risk globally. 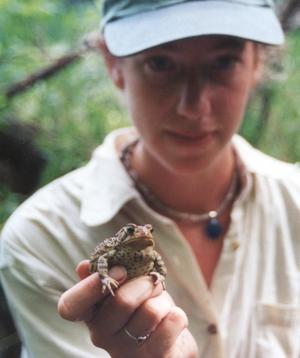 NRRI wildlife researchers have been monitoring frog and toad populations in the Great Lakes coastal wetlands from the Duluth-Superior harbor area, up the North Shore to Ontario and eastward as far as Lake Huron, as part of the Great Lakes Coastal Wetlands Monitoring Program. Understanding fluctuations in the native species helps scientists understand changes to the environment -- both good and bad. They also monitor wetland fish, bug, plant and bird communities.

Monitoring frogs and toads at their most active means NRRI researchers go out at night and at a variety of times during the season to detect early-, mid-, and late-season breeders. Each species has unique vocalizations to allow the scientist to determine the variety of species and estimate how many are in a particular wetland, tracking changes over time.

With 10 years of data on some 1,000 wetlands surveyed – the biggest coastal wetland dataset of its kind anywhere – the scientists are able to effectively monitor and document ecological improvements and degradation.