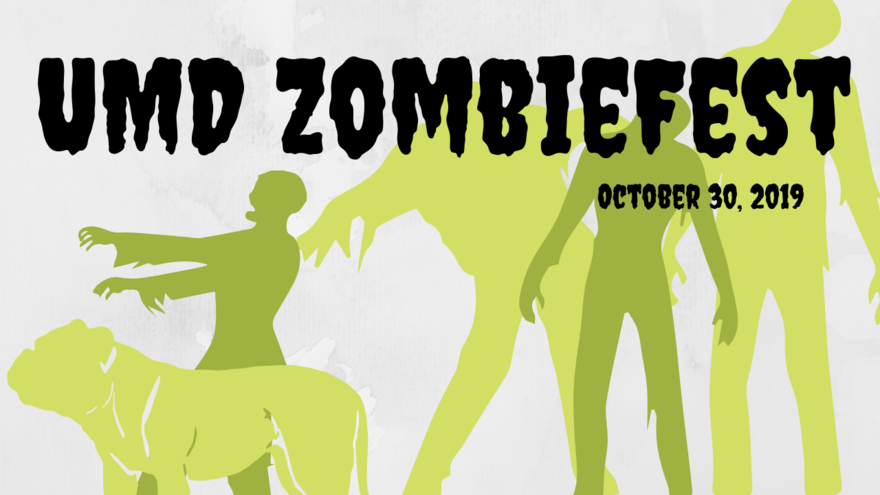 UMD academics are sharing valuable research just in time for a potential Halloween zombie apocalypse. ZombieFest is Wednesday, October 30 from 7 to 9 p.m. in room 90 of Bohannon Hall, 1207 Ordean Court. It’s free and open to the public.

Seven speakers are joining together for this symposium on the topic of zombies, an “ambitious evening,” says organizer and speaker Associate Professor John Dahl. “This is a great space for multidisciplinary knowledge, and it allows faculty to share their research in a fun way.”

John Dahl, Biology:
How a zombie apocalypse is similar to Ebola

Jason Davis, Applied Human Sciences:
The principles of Jujutsu and what would work against a zombie

Andrea Schokker, Structural Engineering:
How to build a zombie-proof house

Jeremy Youde, Political Science:
What an epidemic of zombies would mean from a world health perspective

This is the fifth ZombieFest at UMD, but the first one that campus has hosted in four years. It’s always popular and previous years have attracted a standing room only crowd. Dahl says this is because zombies symbolize societal collapse and people react to an apocalypse. “There’s nothing new, except the magical intersection between the known and the unknown,” he says.