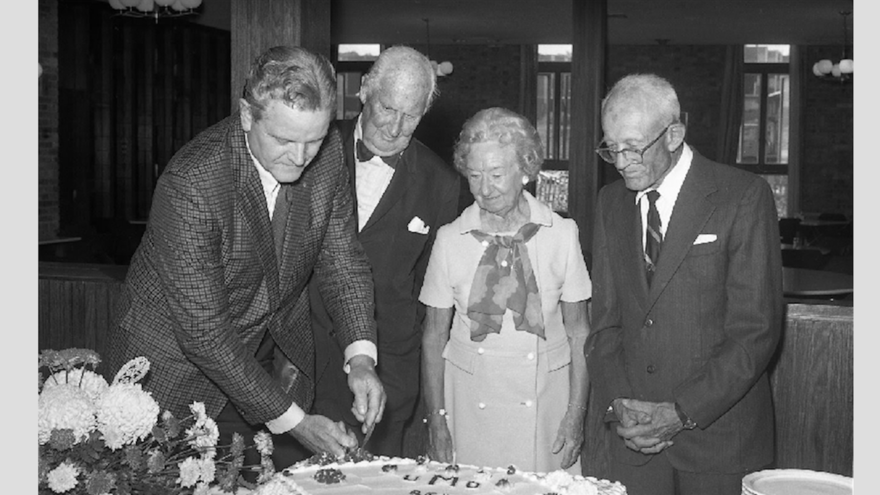 Alumni are the living history of UMD.

In 2020, in the midst of the COVID-19 pandemic, UMD (University of Minnesota Duluth) celebrated 125 years of history. The year honored the academics endeavors, the dynamic alumni, and all of the achievements that continue to transform and benefit society.

UMD's story began on April 2, 1895, when Minnesota Governor David. M. Clough signed legislation approving the creation of the State Normal School at Duluth. In 1921, the Normal School became the Duluth State Teacher’s College and in 1947, the teacher's college was named the Duluth Branch of the University of Minnesota. 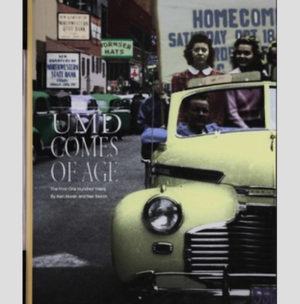 Over that time, there have been many anniversaries worth revisiting. Two notable events include UMD's 1995 celebration of its 100th anniversary, and UMD's 1972 commemoration of 25 years as a University of Minnesota campus.

The centennial celebration began years before the anniversary. Neil Storch, history professor, and Ken Moran, UMD photographer, embarked on a massive project, to write the 100-year history of UMD. Entitled, UMD Comes of Age: The First One Hundred Years, the book was published in 1995 and served as one of the focal points for many of the anniversary gatherings.

Harry Oden and Steve Fox were part of the 100th anniversary planning committee.

As the anniversary year loomed, a group of over 30 people came together to plan the events. See photo below. Alumnus Harry Oden, the celebration chair, along with Diane Fay Skomars, alumna and director of UMD University Relations and Development, worked with alumni, staff, and friends to plan UMD’s 100th anniversary celebration in 1995.

Lucy Kragness, also an alumna, who worked at UMD as the alumni director and later as the chief of staff, was a member of the team since its inception. She reminded everyone that, "Alumni are the living history of UMD." She wrote those words in 1995 in another alumni publication, Celebrating 100 Years: UMD Duluth.

That publication has a history as well. Alumnus Steve Fox, publisher of Minnesota Monthly magazine, helped UMD arrange for the piece to be inserted in an issue ot Minnesota Monthly, which was distributed across the state. 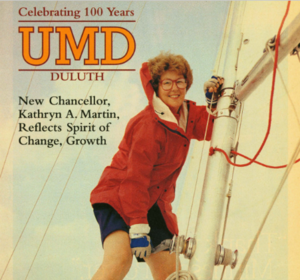 Kragness, who wrote the prominent alumni section of the piece, visited the Minnesota Monthly office. “Steve was a lot of fun to work with,” she says. She also enjoyed working with the magazine staff to help put the publication together.

And there was cake! The group planned reunions, dinners, homecoming, and other festivities. The main event was held on March 31, in the Marshall Performing Arts Center. Hundreds came to celebrate. Speeches and entertainment joined Michael Pagan's jazz ensemble, Synergy, and two slide presentations on the history of UMD.

UMD marked its milestones with pride. A 25th-year anniversary observance (1947-1972) honored the formation of the University of Minnesota Duluth. Celebratory dinners, campus events, and several cakes marked the milestone. There were gatherings at Eastcliff in St. Paul, hosted by Malcolm Moos, president of the University of Minnesota, and a recognition by the Board of Regents.

All of these celebrations are fitting reminders of the importance of UMD. As time passes on, the UMD community continues to celebrate Duluth residents, who supported its growth, the academic environment that fostered inquiry, and the alumni who have made a lasting impact around the world. Go Dogs!
___

Read More About UMD Alumni and Their Stories: