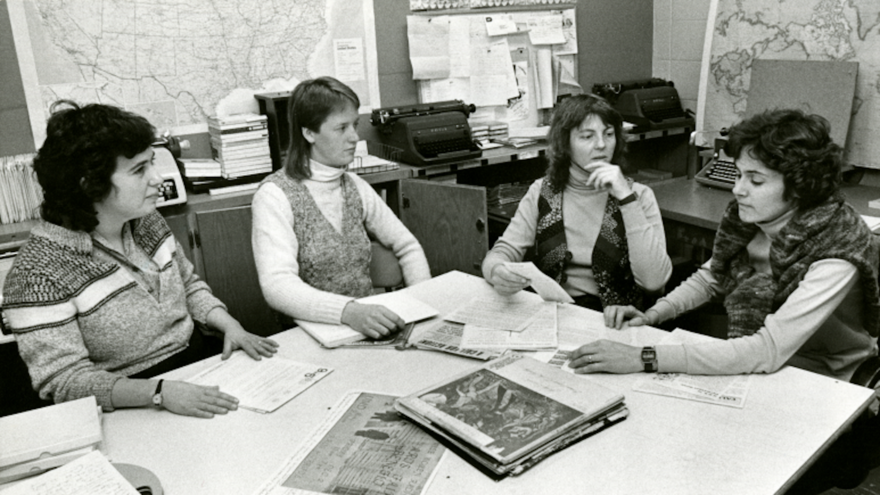 Susanna Frenkel, a UMD alumna and a member of KUMD’s "Wise Women Radio" team, was the publicity director for a big event, a Holly Near concert on November 10, 1982. 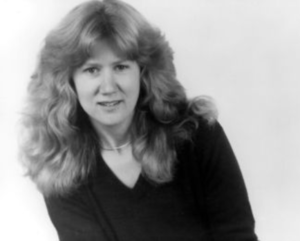 Airwaves, the KUMD monthly newsletter, called it “the musical event of the season,” and hailed Near as a “champion of women's rights, gay rights, anti-war protests.” Near was on a 50-concert international tour that had already taken her to an audience of 200,000 people in West Germany.

The evening of the KUMD concert, Frenkel was confident of the concert’s success. They pre-sold enough seats to break even. After the sound check at the Thorpe-Langley Auditorium on the University of Wisconsin-Superior campus, Near needed a place to get ready.

Frenkel’s apartment was in Superior and as the evening unfolded, “My husband remembers Holly ironing her blouse in our kitchen,” says Frenkel. Before Near donned her concert outfit, “We fed her something to eat,” Frenkel recalled. Pre-event jitters ended and the production staff of KUMD’s "Wise Women Radio" joined the Twin Ports community to enjoy the concert.

Community was central to the formation of KUMD. Frenkel graduated in 1975 with a history major. Her time at UMD was spent following her passions. She did pregnancy counseling for the UMD Women’s Resource Center and was one of the writers for a Statesman column, “The 51% Minority.”  Judith Niemi, an English professor, encouraged Frenkel to take on serious topics for the column. Editor Judy Cavanaugh inspired Frenkel when she renamed the paper The Statesperson for several 1973 fall editions.

After graduating from UMD, Frenkel worked in Duluth. She was a Vista volunteer at the North Country Women's Center, and worked at the CHUM homeless shelter and a rape crisis center, before and after heading off to Goddard College. There, she received a masters degree in women's studies in 1978.

Back in Duluth, she says, “my first memory of KUMD was walking into the little closet space off the VenDen.” She met Tom Livingston and Phil Glende there.

The prospect of starting a radio show for women began percolating after Cathe Hice-Hall wowed the audience with an all-women music program for the 1980 Fall Marathon. By early 1981, "Wise Women Radio" debuted with a Sunday afternoon women’s affairs program, which was repeated on Tuesday afternoons. After the public affairs program, women announcers followed with women’s music.

"KUMD was so low tech,” Frenkel says. “At first, we could only queue up records. Then there was reel to reel. We cut the tape of an interview and pasted it together.”

But there were memorable moments both on and off the air. “I played a Whoopi Goldberg record, and there was some wording that was unacceptable to the FCC,” Frenkel says. “I got in real trouble then.” Once, the "Wise Woman" crew sold anatomically correct gingerbread cookies in the Kirby Student Center as a fundraiser. “We made a lot of money and got a lot of attention for that,” Frenkel continues.

After the birth of Frenkel’s first child, "Wise Women" played less of a part in her life, but the show continued with staff and strength into the 1990s.

KUMD began in 1957 as the Broadcasting Club at UMD. Its first staff included Bruce Elving, Doug Hedin, Dick Gottschald, and faculty advisor Robert Haakinson. The signal from the lower campus was weak. One account tells of “a mischievous UMD student,” who ran a wire from the station antenna to the window, and dropped it. All of a sudden, the signal could be heard all over Duluth and Superior. That is until the FCC picked up the signal. 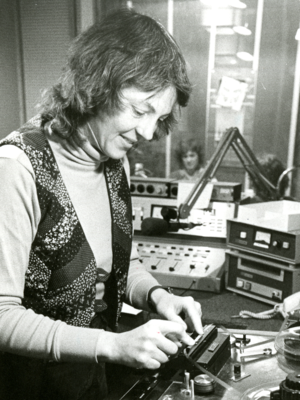 In April of 1958 the FCC assigned the calls letters “KUMD.”

Studios moved from the Lower Campus to the basement of the Education Building on the new campus. But the station didn’t operate at all in 1963, and struggled to stay on-air in 1964. Walt Kramer worked his way up from announcer to become the student general manager in 1968.

In 1971, Mike Dean was the station manager and in the mid-1970s, Phil Glende, David Tuenge, and Tom Livingston joined the station. UMD Provost Robert Heller paid $95,000 to purchase WDTH from Minnesota Public Radio in 1974. At first KUMD staff broadcast the same programming on both stations. 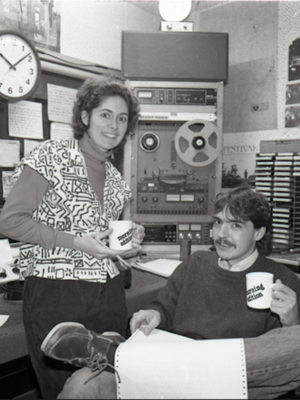 In 1980, WDTH added staff, received new funding, and qualified for support from the Corporation for Public Broadcasting. Engineer Kirk Kersten brought new expertise to the often jerry-rigged broadcast and studio equipment, and Jean Johnson started as a producer.

In 1991, Lisa Johnson was hired, and she created "Northland Morning," a mix of locally hosted music, features, and local public affairs. It took the place of "Morning Edition." 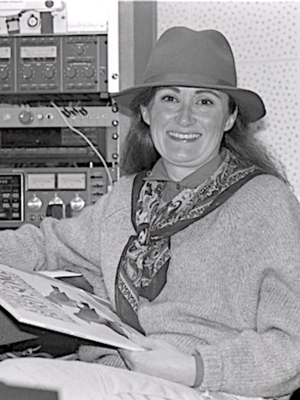 Laura Erickson's "For the Birds" aired on KUMD in 1986 and now is the longest running radio show about birds in the U.S.

In the same year, KUMD joined five other national stations to pilot "

Christine Dean returned to KUMD in 2000, after working there as a student in the late '80s. Program director John Ziegler expanded involvement with regional musicians by producing CDs called In Studio Sessions: Live from the KUMD Music Room.

KUMD consistently won recognition as the best station with the best programming in town and announcers gave increasing attention to local artists. In 2006, Mike Dean came on as general manager. The following year, the station celebrated its 50th anniversary with two concerts. Vicki Jacoba came on as station manager in 2008. New staff: Maija Jenson, Ira “Mimmu” Salmela, and Chris Harwood, joined Christine Dean, and turned the focus more toward students and academics.

In 2009, Scott “Starfire” Lunt, creator of the Homegrown Music Festival and a member of the band Father Hennepin, produced "The Local," with music and interviews with regional musicians. That year, KUMD was producing new local programs, such as "Radio Gallery," "Women’s Words," "Women’s HIstory Month," "Ojibwe Stories," and others. Erin Welch oversaw a new website, while Emma Deaner served as the membership and marketing assistant.

KUMD entered a new decade by offering 24-hour programming. Student programming grew as Sam Ginsberg brought a program, "The Basement,"  along with creativity and drive. He organized a scavenger hunt in which the clues were broadcast on-air. In March of 2013 the Basement went national on MTV-U’s "College Radio Countdown." It was the only university to broadcast from an ice house!

There are now more than 100 students and community volunteers involved with the station. KUMD broadcasts 95,000 watts of power and reaches a 60-plus-mile radius surrounding Duluth, and it can be heard online anywhere in the world.