Party at the Washburn Home 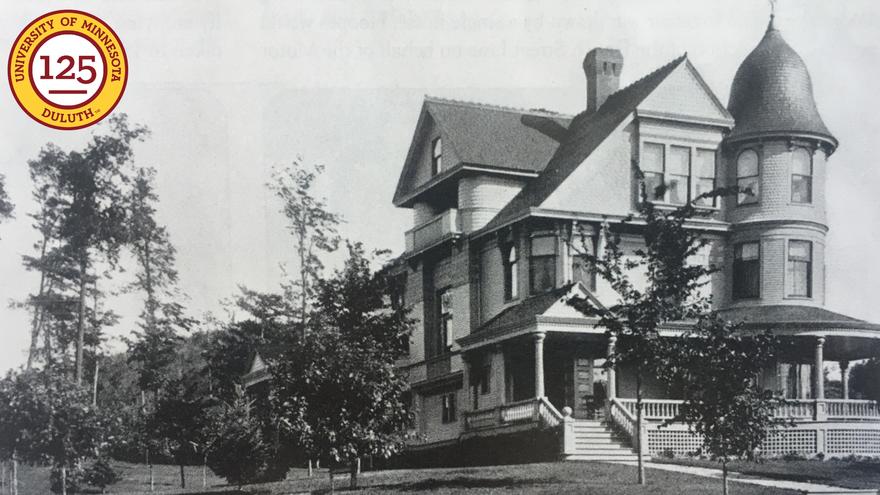 "No one knew the extent of his benefactions." 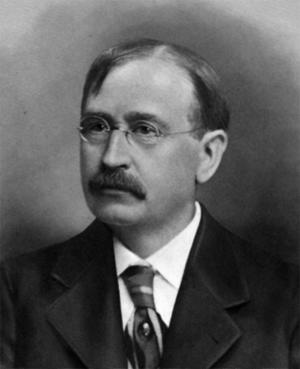 Attorney Jed L. Washburn heavily influenced the development of the State Normal School at Duluth (Duluth Normal School). He was an advocate for education; due to his many donations and active commitment to the Normal School, he was appointed resident director from 1903 to 1920. Both Washburn and his wife, Alma, were prominent figures in education, and they often opened their home to the students and faculty from the Duluth Normal School for entertaining.

Washburn was born December 26, 1856 in Indiana. After deciding to reside in Duluth in 1890, he spent most of his time involved in public and business affairs. He was a member of Duluth’s Board of Education from 1900 to 1907, and he played a key role in the development of Jay Cooke State Park.

Always civically and socially active, Washburn held memberships in the Kitchi Gammi Club, Northland Country Club, and the Duluth Curling Club. He was a well-known lawyer, banker, and business man who had the trust of most in Duluth. For instance, when an ambassador from Great Britain, James Bryce, came to visit Duluth, Washburn was chosen to deliver an address on behalf of the entire city.

This illustrates what a party at the Washburn home may have looked like.

Alma and Jed opened their home for parties and dances on many occasions. Their annual party for graduating seniors and faculty was a special highlight. The large rooms were filled with young women from the Duluth Normal School and their dates. One can imagine seeing a talented young person playing music on the piano or hearing the sounds of a Victrola.

Their home, which once stood at 101 Oxford Avenue, was just off Woodland Avenue in the Hunter’s Park neighborhood. They lived in the house beginning in 1894. It featured a round tower, third-floor wall with patterned shingles and a porch that encircled a corner of the first floor. After the passing of Washburn in 1931 and his wife in 1943, their home stood vacant and was demolished in 1946.

The first dormitory for women at the Duluth Normal School, Washburn Hall, was named after Washburn. He donated funds for the construction of the building and gave support to President Bohannon. Washburn was known for beautifying campus at his own expense. This can be seen in the wonderful design of Washburn Hall which still stands to this day. Washburn participated in the day-to-day operation of the school. He was frequently on campus visiting classes and giving talks on education and his lifelong interest in history.

According to the October 28, 1905 Duluth News Tribune, Washburn donated the Duluth Normal School site, provided the school with equipment for its manual training department, and spent a great deal of time overseeing the building’s construction. The Duluth Public School, Washburn Elementary, was also named after him.

"No one knew the extent of his benefactions," stated John G. Williams who wrote a biography on Washburn.