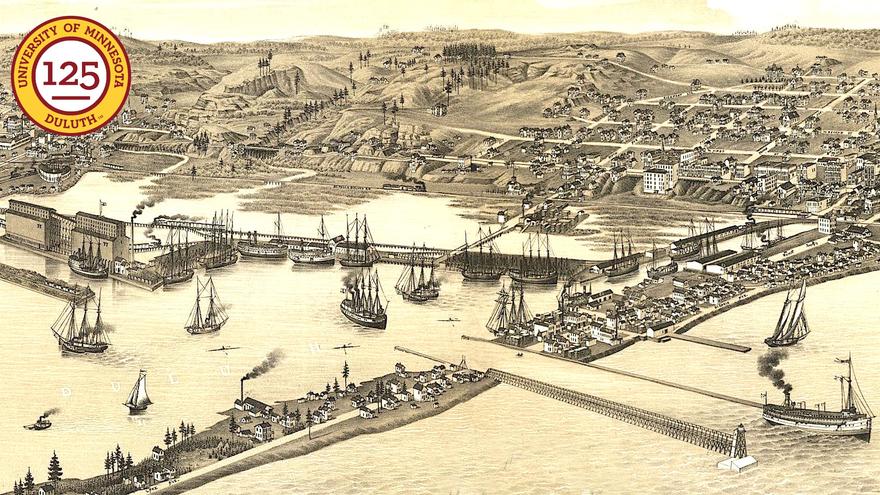 A commitment to transforming leaders and empowering communities.

The university acknowledges that the University of Minnesota Duluth resides on what has always been indigenous lands. In Fall 2019, UMD adopted a formal Land Acknowledgement stating that the campus occupies traditional, ancestral and contemporary lands of indigenous people. As UMD launches into the celebration of 125 years as an educational institution, it recognizes the deep history and the enduring relationship that exists between indigenous peoples and their traditional territories. 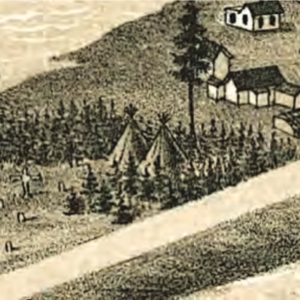 Wayne Dupuis ’87, the environmental program manager for the Fond du Lac Band of Lake Superior Chippewa, shared insights about the Duluth that existed hundreds of years ago.  “The whole hillside was covered in white pine,” he says. Many of the trees were over 400 years old, growing to heights of 150 feet.

“The area that is now Duluth was called Onigamiising, or the place of the small portage. The creeks were called ziibiins." In the creek that runs through campus, trout climbed uphill from Lake Superior, known by its Ojibwe name as Gichigami. The land now occupied by UMD was home to bear, moose, rabbit, and deer. Porcupine, mink, marten, fisher, and partridge were plentiful. Nearby maples provided maple syrup, and birch bark yielded the material to make canoes and shelters.

Programming for American Indian students launched in response to requests by local Anishinaabe students in the late 1960s. They wanted American Indian perspectives included as a part of the courses being offered at UMD. 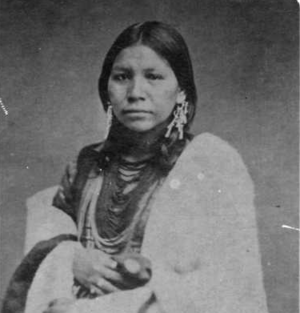 Right around that same time, the young students formed the university-wide Anishinaabe Club, which through the years has continued its historical, grassroots relationship with the Department of American Indian Studies, alumni, and the community. In recent years, the students decided to change the name of the club to the Indigenous Student Organization (ISO).

American Indian Studies at UMD has grown from a single class to a program then a department. Since 1979, students have been able to complete a minor, and in 1994 the Bachelor of Arts major was added. The department works to educate students, colleagues, and the public about tribal sovereignty, American Indian cultures, and both the historic and contemporary experiences of Native peoples and nations.

American Indian Studies faculty regularly share their research findings and creative works. The department collaborates with MN DOT to offer the Minnesota Tribal-State Relations Training, which prepares state agency employees with the knowledge and tools to consult with American Indian nations on matters of mutual interest. In addition, students can earn a B.A. in American Indian Studies as well as in Tribal Administration and Governance. Graduate programs include the Masters of Tribal Administration and Governance (MTAG) and Tribal Resource and Environmental Stewardship (MTRES).

UMD looks back at its history through activities such as the Land Acknowledgement and it also looks forward toward more inclusive programming. It has made a commitment to fostering and supporting American Indian culture during its 125th anniversary year and for years to come.