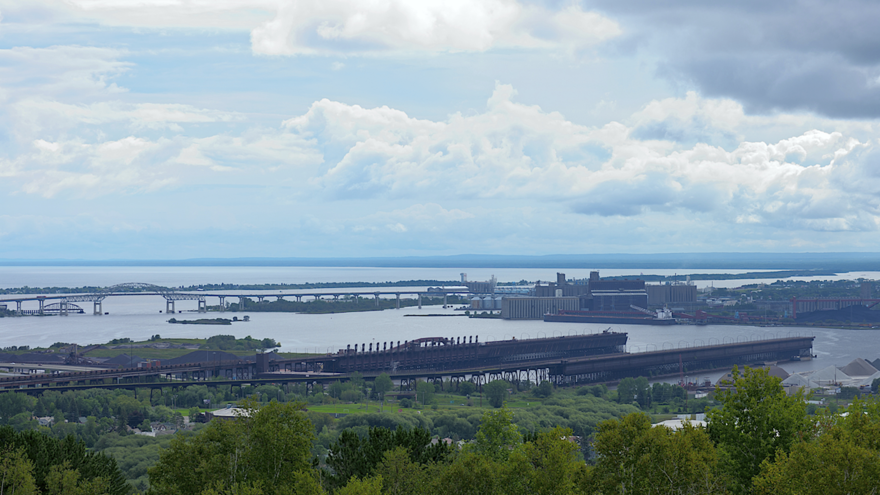 The late 1970s and early 1980s were a troubling time economically for Duluth and northern Minnesota as a whole. The decline in natural resource-based industries, and especially the taconite mining industry, brought the economic life of the Northland to a dire situation.

With no industry to fill the void, scores of Iron Rangers and Duluthians chose to move away in search of better opportunities. As they did, many saw the billboard at the top of the hill that read, “Will the last one leaving Duluth please turn out the lights?” Visionaries at the state legislature and other community leaders saw many avenues to economic development. 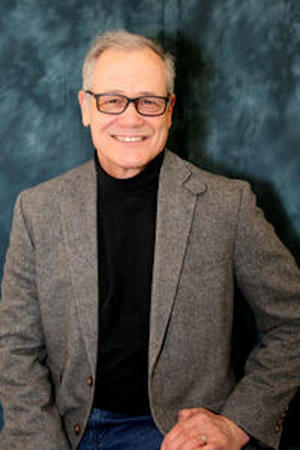 They knew the natural resource portfolio of northern Minnesota did not begin and end with taconite.

It was during this uncertain time when Rolf Weberg came to the University of Minnesota Duluth. He arrived in 1978 from Mankato with the intention of going into medicine. The son of two chemists, he had no interest in following their footsteps.

“You don’t know how determined I was to not be a chemist,” Weberg jokes. In addition to the requisite science and math classes, he also took trumpet lessons from Dr. George Hitt and loved playing the trumpet in the jazz ensembles and numerous bands and orchestras. He seriously considered becoming a music major.

His tune changed upon meeting chemistry professor Robert Carlson, Ph.D. “He’s the guy that turned me around in a matter of 24 hours and got me excited to be in the lab,” says Weberg. Carlson has a reputation for inspiring students in the 50 years he taught at UMD.

Known for always learning each student’s name, Carlson had a knack for leading his students into discoveries and captivating them with the enthusiasm of what is possible. “Bob is a scientist who could have gone to any university in the country,” Weberg says. “Instead, he committed himself to UMD and Duluth, and I was lucky enough to run into him."

Weberg would meet regularly in Carlson’s "time capsule of an office" and the two would discuss chemistry, ideas, and ongoing projects. “It was always an invitation, not an order," Weberg says. "He always encouraged exploration, questioning, and sharing of knowledge.”

At the same time, Weberg was learning in the Carlson chemistry labs, civic, business, government, higher education and labor leaders were exploring incentives to help the economy through applied research. In 1982, during Weberg’s senior year, Rudy Perpich was running for governor. Perpich proposed that a center be established to do research on such resources as peat, biomass, forest products, water, and minerals.

Back at UMD, with Carlson’s encouragement, Weberg graduated with a degree in chemistry in 1982. The next year, the Minnesota State Legislature established the Natural Resources Research Institute (NRRI) at the University of Minnesota Duluth.

Weberg continued on to a Ph.D. in inorganic chemistry from the University of Colorado Boulder in 1986. He followed that with two post-doctoral appointments, ending in 1988.

Weberg spent the next 25 years in the R&D division of the DuPont Company, a global leader in scientific research and innovative products. While in the role of Global Technology Manager for the Building Innovations Business Unit, he was approached about becoming the executive director of NRRI. Weberg dismissed the opportunity at first –- he was really enjoying his position with DuPont.

“At DuPont, I had wonderful research opportunities,” Weberg remarks. “I got to experiment with neutron beams at the Oak Ridge National Laboratory. I worked to create new materials and processes to make them. I traveled the world and worked with amazing people. I had ended up with the job I wanted –- I wasn’t looking to go somewhere else.”

When Mike Lalich took the helm of NRRI in 1984, the focus was for scientists to turn basic concepts into practical ideas to create jobs using Minnesota's natural resources like iron ore, peat, and timber. 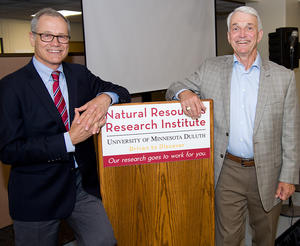 Researchers at NRRI were also instrumental in Great Lakes ecosystem rehabilitation efforts. They continued work on developing new products made out of peat and restoring peat bogs.

From massive projects like mapping, and defining copper, nickel, and other valuable metals deposits to diverse projects, such as developing a process to recycle mattress springs or creating fast-growing poplar hybrid stocks.

Weberg had turned down the job three times before being persuaded to come to Duluth and look at what NRRI had. “As soon as I got there, I flipped again,” Weberg says. “Minnesota, the state that invested in me and my education, was still suffering from some of the same problems as when I left. I saw challenges here that I was prepared to help with and that would give me an opportunity to give back.”

Weberg credits many reasons for his eventual decision to take the job, but chief among them was the people. “These people were so damn dedicated to a cause, it was hard to say that I didn’t want to be a part of it.”

Through the late fall months of 2013, Weberg struggled. He questioned leaving his successful career and the many people all over the world who he cared about. He finally decided on Christmas Eve that he would take the position in Minnesota. “I came up from Minneapolis, in March through a snowstorm, to officially accept the job, and thought what the hell did I just do?”  And then, “I remember driving over the hill and seeing the port, and I knew it was going to be okay.”

It has been nearly seven years since Rolf Weberg took the helm of NRRI. He has added his strengths to the shape of the organization. 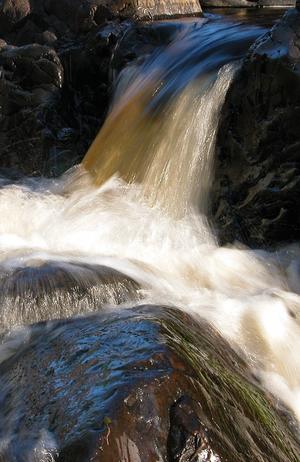 NRRI has a staff of some 130 people with an annual budget of about $15 million and five integrated research platforms: Applied Ecology & Resource Management, Minerals & Metallurgy, Materials & Bioeconomy, Data Collection & Delivery, and Commercialization Services.

NRRI has two semi-industrial sites; one in Hermantown and one in Coleraine. The Hermantown site holds many of the research laboratories while the Coleraine site houses their Minerals and Biomass Conversion Laboratories, with industrially relevant scaled equipment for bench-to-pilot research. NRRI also operates a Fens Research Facility in Zim, Minnesota to study peatland restoration.

“NRRI is committed to build on Mike’s legacy and drive the transition towards a nationally-recognized research institute,” Weberg says. “We were created by the legislature to help make good decisions regarding forestry, forest products, soil, land, minerals, and water.” Under his watch, NRRI has invested heavily in supporting infrastructure to help the researchers. “They need to do what they do best –- research.”

Weberg has helped guide NRRI to a position as a premier source of integrated research solutions, “The ability to leverage a multidisciplinary staff to translate an idea into a demonstration and develop it –- partnering broadly to go from bench to demonstration scale –- differentiates us from many other resource research institutes in the nation,” he says.

The vision that drives NRRI research is to discover the economy of the future, and that requires a lot of work. “We need to be looking forward and engage everybody in that discussion.” Weberg continued. “NRRI is meant to understand the challenges, frame the issues, and provide unbiased research to help guide and grow the economy.”

In a constantly evolving world, NRRI is helping Minnesota stay competitive. and Weberg says he is proud to be a part of it. “I made the right choice, and I haven’t looked back. Life has been a circle –- coming back to Duluth to join NRRI and re-engage with Bob Carlson is a rare opportunity, and I’m lucky to have it.”

About the Natural Resources Research Institute

This story was written by UMD student Jack Harrington, who is majoring in writing studies and minoring in sociology and LGBT studies. Jack works with Cheryl Reitan in University Marketing and Public Relations.