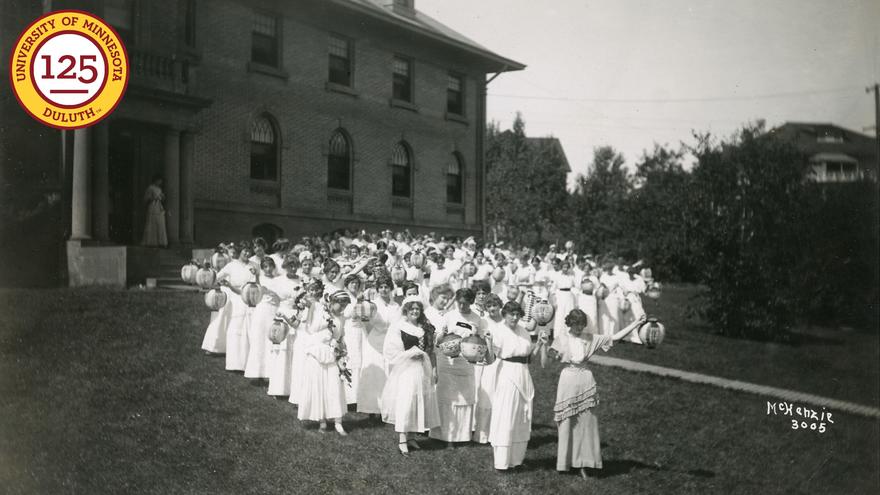 Welcoming the Spring with song and dance.

"Dancing is as old as the human race, and it will endure as long as there are human emotions," 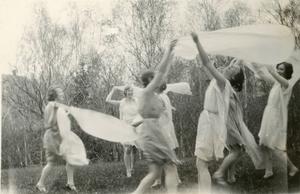 May Fete photos from the UMD's Archives expresses a magical paintings of nymphs and sprites dancing in the woods outside the Duluth State Teachers College (DSTC). Reality is not far off, as students performed dances and plays for the people of Duluth during several of the May Fete events. 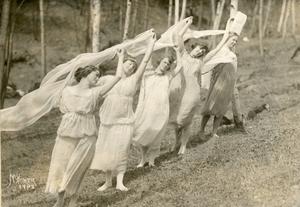 The May Fete, or festival, was held every May, beginning in 1918 and ending with the last festival in 1940. During the 1930's, May Fete was run by Elizabeth Graybeal who was head of the Department of Physical Education. Miss Graybeal organized around 100 student participants and managed the entire event annually. Some U.S. colleges follow the old English tradition to this day, though some European and U.S. groups disapproved of the event because of its pre-Christian roots. May Fete at DSTC was viewed as an event that simply celebrated dance and springtime.

The event symbolized the renewal of life after the long winter season. It was like a right of passage, the start of a new beginning and the celebration of the completion of a milestone in someone's life. 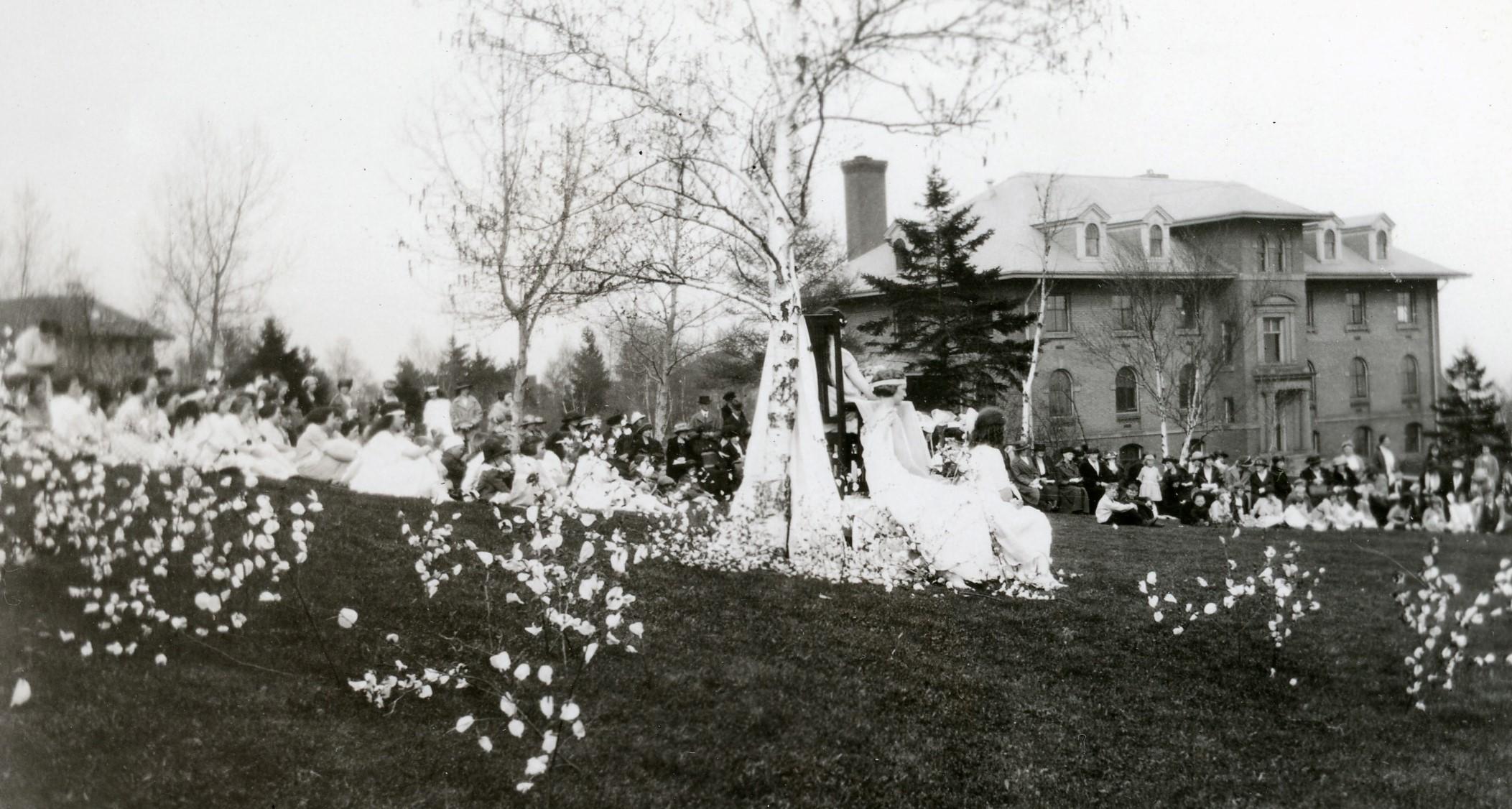 The May Queen and her court. Behind her are Duluth citizens and students waiting for the performance to begin.

The May Fete Experience

May Day marks the midpoint between the spring equinox and summer solstice, representing springtime, fertility, and light, so the event was always held outside and flowers were always present. Students would go out to collect hawthorn branches to decorate the DSTC grounds as well as their buildings. The festival would begin with the entrance of the May Queen and her court. The May Queen was voted by the entire female student body.

As the procession crossed the lawn, sounds of rustling skirts and the scent of lily-of-the-valley would drift over the audience. The May Queen would take her seat and be crowned as the Master of Ceremonies introduced the Queen and her court as well as the performance for the event. 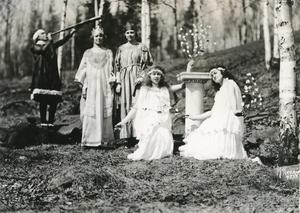 The pageant of music and dance was the festivals main attraction. Tickets were sold to Duluth citizens during some years; the archives show that once the tickets costed 10 to 25 cents, depending on the year. The college orchestra and Men's Glee club would accompany the dancers with song as they performed. Examples of different performances over the years would be the classic work of Modest Mussorgsky's The Great Gate of Kiev, several plays by William Shakespeare, and performances of Lewis Carroll's Alice’s Adventures in Wonderland and Through the Looking Glass.

"Dancing is as old as the human race, and it will endure as long as there are human emotions," a statement read from the UMD Archives near the end of the May Fete tradition. 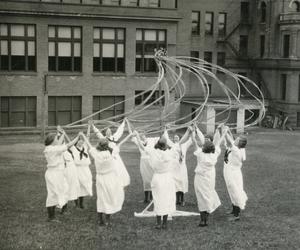 The group gathered again and procession would wind it's way to the Maypole, a painted pole, decorated with ribbons and flowers. The young women held long ribbons attached to the top of the pole and danced around the pole as they wove the ribbon into a pattern on the pole. The pole represented a living tree as the bright ribbons renewed its life and color after the winter stripped them away.

After a harsh Duluth winter, the May Fete was a breath of warm spring air to the community of Duluth and student body of DSTC.