Filming a 1972 Thriller at Glensheen 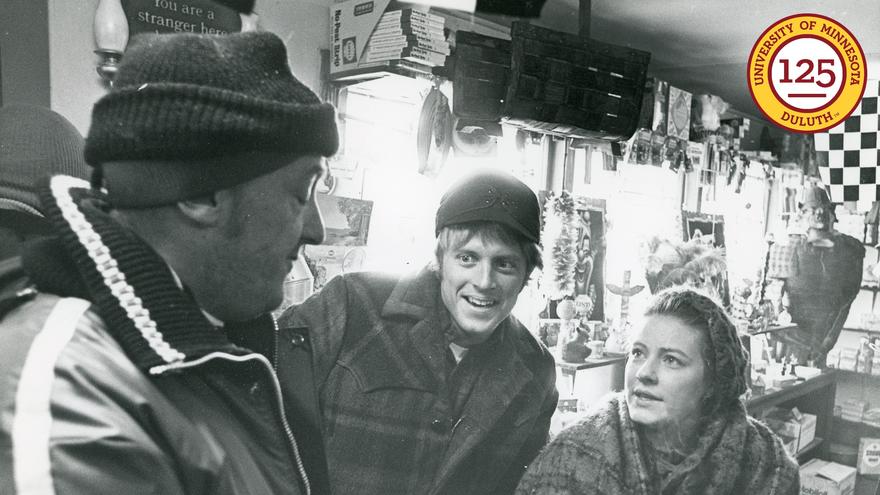 Glensheen is stuck in time, but You'll Like My Mother helps bring it to life.

"Duluth is terrific," Duke said, "I'm not crazy about the cold, though."

Actress Patty Duke takes a break during the filming of the movie “You’ll Like My Mother.” With her is Jim Bishop, a public relations representative for Universal Studios-Bing Crosby Productions, producers of the film.

"You'll like my mother," is what Francesca, played by Patty Duke, was told by her late husband. Pregnant with his child and inspired by his words, she goes to Minnesota to visit her mother-in-law, played by Rosemary Murphy. Francesca is greeted with such a cold welcome, she wants to walk back to the bus station in a blizzard. Her mother-in-law is insistent that she stays the night and by morning Francesca has many questions, as well as a suspicion she may never be able to leave.


Released in the fall of 1972 and directed by Lamont Johnson, You'll Like My Mother is a fantastic look at Glensheen and its historic furnishings in a different context. Many will find it refreshing to see the home filled with daily life again, even if it is just as a backdrop for a thriller movie.

Filming at the Glensheen Mansion

The Congdon family was approached by Universal Studios-Bing Crosby Productions to film on the site. The family was promised $7,500, which is worth about $46,000 in 2020. Surprisingly, Elisabeth Congdon and her staff still lived on the estate during the filming. "I don't know how they convinced her," stated Lori Melton, who was the marketing director of Glensheen in 2012. "As far as I know, she was a pretty private person."

Melton was responsible for putting together a 40th anniversary event revolving around the movie. In 2012, Glensheen hosted a special You'll Like My Mother tour of the mansion with Easter eggs from the movie scattered throughout the mansion. The event ended with a showing of the movie.

Christa Lawler, who wrote about the event for Duluth News Tribune, stated that the baby in the movie was played by a Duluth native, Laura Adams, who was less than a month old. Laura's mother, Viola Adams, attended the special Glensheen event. She reminisced about how much of the filming revolved around her daughter. "Shooting hinged on baby Laura's naps to make sure they caught her hungriest cry." 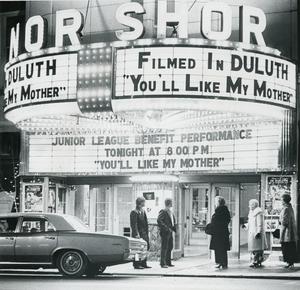 The film received mixed and often positive reviews. "The story that follows is full of holes and not too full of surprises, and it is all developed in a screenplay that might most charitably be described as awkward...But there is also a visual density that is genuinely cinematic and that makes location shooting (in a real turn-of-the-century mansion in Minnesota) seem worthwhile," wrote Roger Greenspun of the New York Times back in 1972.

Where it "fails as a movie," as Greenspun claims, "it makes up for as a piece of history." Jim Hefferman, who was a reporter for Duluth News Tribune back when the film first debuted, said "the star performer has to be the Congdon home and carriage house." He continues, "For so many Duluthians who have admired it from the outside, it will be a treat to follow the color camera through its paneled corridors, carved stairways and beautifully appointed rooms."

Glensheen is the Historic Congdon Estate of Chester and Clara Congdon, at 3300 London Road. It was given to UMD in 1968, although Elisabeth, Chester and Clara Congdon's youngest daughter, was allowed to live there through a life estate. Five years after the movie was filmed, in 1977, the house became the site of the infamous murders of Elisabeth and her nurse, Velma Pietila, who were killed by an intruder.

In 1979, the mansion opened to the public and UMD operates it as a historic house museum to this day.

Even before this donation, "The family was very active in private giving with the University," said Dan Hartman, Glensheen's director.

Banner photo (above): An unidentified man (l) talks to actors Dennis Rucker and Patty Duke at a break between filming.

Read Christa Lawler's original Duluth News Tribune articles: Glensheen recalls Hollywood moment with movie showing and Movie filmed at Glensheen in 1972 finally shown there. The photos in this story are from the Archives and Special Collections, Kathryn A. Martin Library, University of Minnesota Duluth.