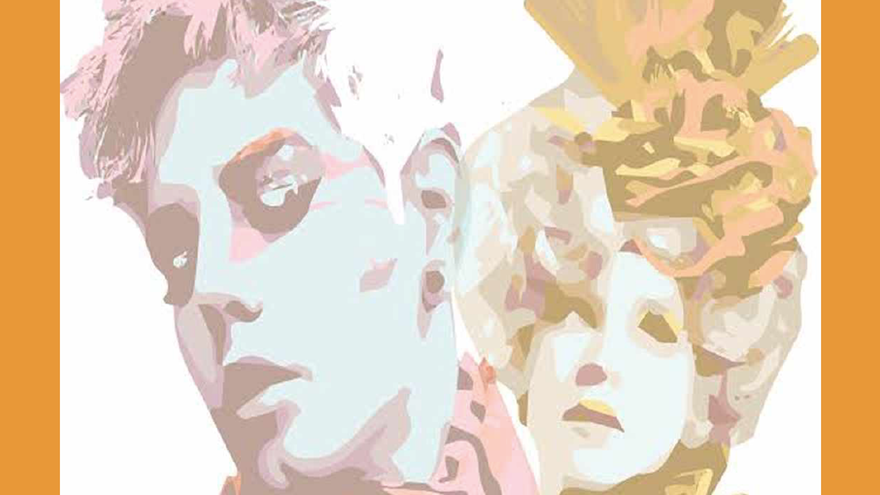 In 2006, a lecture hall quieted down following the influx of students at the beginning of a class. Hundreds of eyes funneled their attention to the front of the room at a small group of visitors, all members of the Queer & Allied Student Union (QASU). Among them was Chris Beasley ’06. 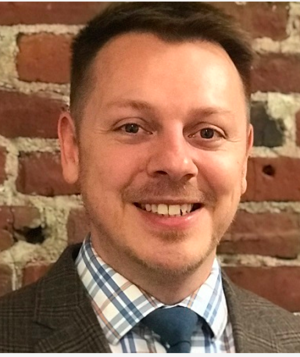 The group was there to share personal accounts, stories about identities, and stories about powerful and often painful experiences. One can only imagine the bravery it took to truthfully answer questions from the class.

Beasley came to UMD from rural southern Illinois. As for many people, dating websites and on-line chat rooms had a draw for Beasely. It was a place to explore one’s sexuality and meet people of like minds. That’s where he met someone who lived in Duluth and on a visit, Beasley met more people in the gay community. He described the trip to UMD as a vital part of his growth. “I experienced a revelation of possibilities,” he said. “It was a ‘never before felt’ sense of community and connection where being gay was not reduced to secretive desires.” Beasley enrolled at UMD. He pursued his undergraduate degree in psychology and also became an active member in QASU. That’s also where he met the man who he would later marry. Minnesota was experiencing a shift in social change regarding LGBTQ rights. Beasley and the QASU students standing in that classroom in 2006 helped explain the rapidly changing terrain. 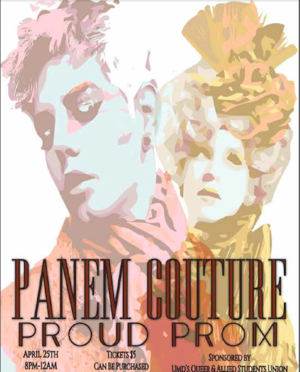 The theme of Proud Prom 2015 was Panem Couture, inspired by the film series, "The Hunger Games."

They spent many hours tabling in the  Kirby Student Center and encouraging students to take an active role in their government.

According to an April 27, 2006 Statesman article, Beasley walked right up to Al Franken, at the time an Air America radio show host, who was hosting a Free Democracy Summit in the Marshall Performing Arts Center. Beasley asked him to oppose any amendment to the Minnesota Constitution that prohibits civil unions, domestic partnerships, or gay marriage.

Franken signed Beasley’s petition. Beasley, who graduated at the end of the semester in 2006, set QASU on a path of civic involvement, but it would be years before a same-sex marriage effort was successful.

Beasley left UMD and went on to get a masters degree from Roosevelt University and a Ph.D. from DePaul University, Chicago, and his academic pursuits have never stopped.

In 2014, he taught at Washington College in Chestertown, Maryland. In 2017, he moved to the University of Washington in Tacoma (UWT) to work on social justice and post-prison education. He co-founded the national Formerly Incarcerated College Graduates Network. They currently have 1,000 members in 43 states. Around 118 of these have or are working toward a doctorate degree. He is now leading the development of the UWT Husky Post-Prison Pathways program.

The work Beasley and QASU did in UMD’s classrooms aimed to challenge the social narrative about the LGBTQ community. The advances towards equality in Minnesota were substantial.

History of LGBTQIA+ Activity at UMD

It was 1978 when the first organization Gay and Lesbian Alliance was founded on campus at UMD. Over the next forty years, this group transformed names and agenda with the progressing political climate. Ten years later, two openly LGBT professors began to make noise, speaking about the campus climate around LGBTQ issues. Lawrence Knopp, geography, and Tinke Ritmeester, woman studies, became faculty advocates. They held discussions, set up support groups, and in 1990 created the LGBT Advisory Commission.

The Gay and Lesbian Alliance was rebranded the University Gay, Lesbian and Bisexual Alliance in 1989, soon adding transgender into it’s acronym, ULGBTA, as well. This signaled a trend in naming conventions as it expanded to advocate for all sexual orientations. They fostered a broad coalition of queer identities to support student wellbeing and a safe place to call the organization home.

In the late 1990’s, the identity of ULGBTA as an organization for advocacy and change became clear. The Statesman became filled with discourse surrounding LGBTQ issues. It was not uncommon to see the editorials filled with responses to events and issues brought up by ULGBTA, some positive and some negative.

There was no shortage of battles. ULGBTA gained community recognition in 1998 when it organized a vigil for Matthew Shepard, a gay University of Wyoming student who was the victim of a brutal attack and murder. The barbarity hate crime shocked the country and awakened many to the struggle of LGBTQ people. ULGBTA held a candlelight vigil for Matthew Shephard, an event that was recognized by the UMD’s Commission on Human Diversity and the City of Duluth’s Human Rights Commission.

In 1998, QASU held a candlelight vigil in memory of Mathew Shepard and as a reminder about the violence LGBTQIA+ community members face.

Back to the early 2000s. The decade began with another name rebrand, the Queer Student Union (later Queer and Allied Student Union, QASU). This decade also saw the start of many traditions for QASU, popular events including an annual drag show and Coming Out Day luncheon. In 2007, the course CST 2001: Introduction to Gay, Lesbian, Bisexual, and Transgender Studies was offered, eventually leading to the founding of the LGBTQ Studies minor in 2015.

TRANS*FORMATION, a student group, formed in 2015 to support individuals changing their gender identity and in 2018, Queer, Trans, Intersex, Indigenous People and People of Color Collective (QTIIPOCC) was founded.

About the UMD Office of Diversity and Inclusion