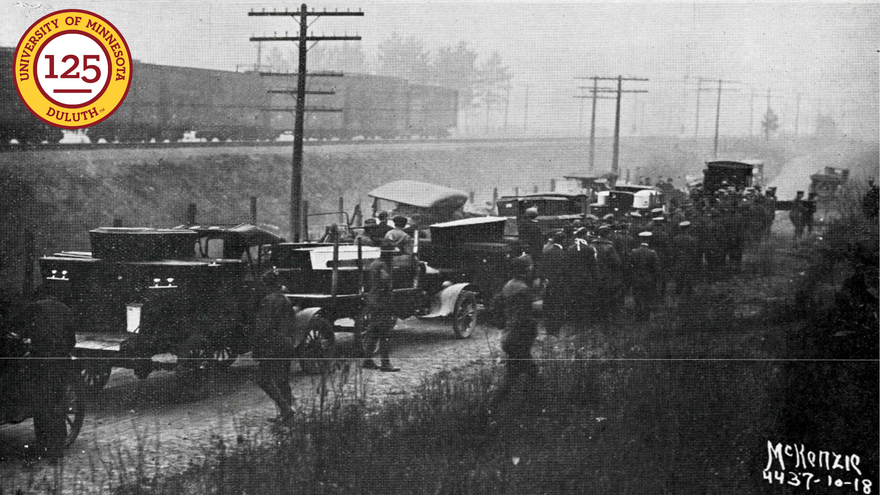 The Duluth Normal School personnel pitch in to save lives. 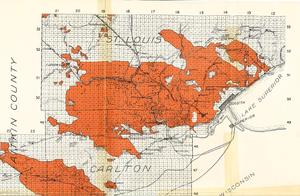 The State Normal School at Duluth (Duluth Normal School) felt the devastating effects of both the fire of 1918 and influenza pandemic which followed. The 1918 fire originated from sparks along the Cloquet train tracks and burned from October 10-13 across 1,500 square miles. It killed 453 people and injured 52,000 others. The flames reached along the North Shore as far as the French River, luckily missing the heart of Duluth. Though it was spared from the fires, Duluth was still greatly impacted by the flames and disease that followed.

While most of the community was fighting off the fires, others were fighting the influenza pandemic that peaked on October 15. The influenza pandemic took the lives of 327 Duluthians alone and about 12,000 Minnesotans. The pandemic put both the young and old at risk, and as a result communities were forced to ban any parties, meetings, or funerals. People were required to stay at home for the safety of themselves and their neighbors. Students of the Duluth Normal School were sent home and the school was closed, as was every other school in areas effected by the pandemic. 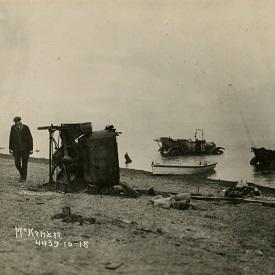 October of 1918 was a time for the community to band together and offer support any way they knew how, that included Algot Nelson.

Nelson was a custodian at the Duluth Normal School. During the time of the fires, he “used his car to bring in several loads of fire victims for care and treatment in the Normal School gymnasiums.” The Normal School was a safe haven from the fires. The luck that Duluth had was not lost on the community as the fire whipped through the land only a few miles south of the city. In Cloquet and Moose Lake, people found shelter wherever they could whether that was a plowed field, a well, or a body of water. Those desperate enough drove their cars into Moosehead Lake, looking for any sort of relief from the flames.

Forest fire relief was headquartered within the Duluth Armory.

Feeding Those in Need

The people healthy enough to help did what they could, including Ruth Sloan, a domestic science instructor at the Duluth Normal School. Ruth supervised soup kitchens during the height of the pandemic with the aid of several "spirited" women. Together they “served soup, custards, and light puddings to some 250 to 300 patients a day in the influenza detention hospitals.” The account of Ruth's kindness in A Chronology of UMD Events: 1895-1984 is a testament to the help she gave to the community during the influenza crisis. 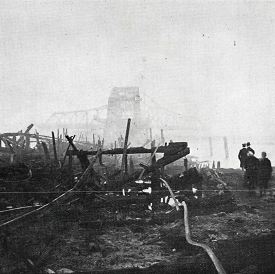 Entrance to the interstate bridge in Duluth burned away and blocked by rubble.

Repercussions of the Fire

The fire cost Minnesota $7.3 million, around $109 million today, in property destruction,  and the pandemic took hundreds of thousands of lives all across the United States.

The Great Northern Railway was found responsible for the fire in 1920, but it wasn’t until 1935 that victims from the fire saw any sort of financial justice. President Franklin D. Roosevelt signed a bill stating that victims should receive compensation for the damage done to their homes, buildings, and lives. Each community slowly rebuilt and said their goodbyes to those who were lost in both the fire and the influenza pandemic.

The quoted sections in this story are from A Chronology of UMD Events: 1895-1984, a document written by Clarence Anderson, University Relations Representative, and added to by other UMD staff members. It is from the Archives and Special Collections, Kathryn A. Martin Library, University of Minnesota Duluth.