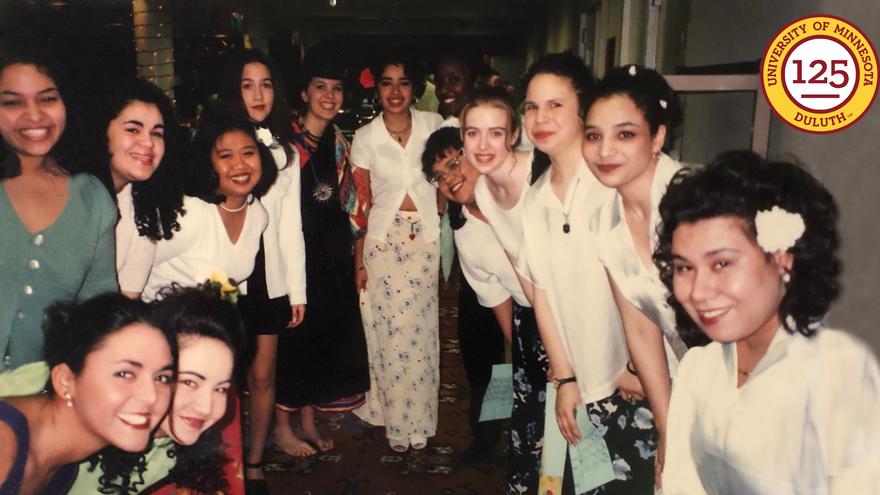 The Marshall Performing Arts Center was packed with students chattering excitedly as they waited for the curtains to open and the music to begin. It was Sept. 23, 1992 and it was time for the Andean band, Inti Raymi, to play for the students. The band’s name means Festival of the Sun, and their music, which consisted of pan pipes, drums, and stringed instruments, brought plenty of sunny moments to campus. The musicians, from Ecuador, Peru, and Bolivia, filled the theater with Andean folk music and the next day they performed again in Bohannon 90.

The 2001 Fiesta was held in the Kirby Ballroom

Linda Belote was hired in 1988 as the director of the UMD Achievement Center and assistant vice-chancellor of academic administration. Belote was a Peace Corps volunteer in Saraguro, Ecuador, along with her husband, Jim Belote, in the early 1960s. Some thirty years later, in Duluth’s Canal Park, Belote heard something that suddenly reminded her of South America. She heard the sounds of pan flutes, and saw the Inti Raymi band. As she talked to the band members, a friendship was formed, and the band agreed to perform at UMD. Year after year, they returned. Along with other events, Inti Raymi’s performance brought a spirit of multiculturalism to the campus. 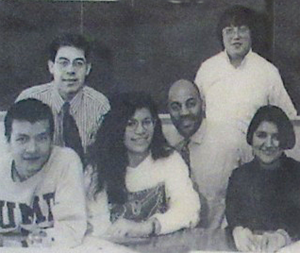 Belote's role in the Achievement Center was to lead and supervise several units: the Supportive Services Program, which provided academic support and study skills; Career Services; the Access Center, which provided services for students with disabilities; and African-American Student Services. She quickly realized there were major components of UMD’s multicultural population that needed to be better served.

From 1988 to 1996, Belote wore multiple hats. When she arrived she said, “I was shocked how few resources were allocated for students of color compared to universities in the rest of the state.” She went right to work making changes.

In early 1989, Belote created positions for two work-study students to provide some services to two underserved groups, because there were no funds for regular salaried personnel. The students hired were Susana Pelayo-Woodward for the Hispanic-Latinx students and Thao Ho for the Southeast Asian students. Together they contacted the students who had self-identified as members of those populations and called separate meetings of these two groups. Pelayo-Woodward and Ho each soon had a cadre of active students from across the campus. Belote said, "These young people not only wanted their services, they wanted the campus to know they existed. They worked to create celebratory cultural events to educate the campus community about their cultures."

In the spring of 1992 the Achievement Center received financial support from the Twin Cities Diversity Office to hire one full-time salaried professional for each of these groups. Pelayo-Woodward had left UMD and earned a master’s degree by this time, but responded positively when urged to apply for that position. She was hired. A separate search yielded Koua Vang for the Southeast Asian students. Looking back on those days, Belote said, "Both were excellent choices."

In fall of 1992, UMD restructured its senior administration and the position of director of the Achievement Center was newly located under the vice-chancellor for academic support and student life. Belote was promoted to associate vice-chancellor and given enough funding from two UMD sources, Academic Administration and Academic Support and Student Life, to be able to continue with the two new resource centers, plus a new tutoring center.

Belote’s energy to advance diversity never faltered. During her time in the Achievement Center she worked with African-American Student Services staff members Henry Banks and Ken Foxworth, as well as Vang and Pelayo-Woodward. Along the way, Foxworth was replaced by Saadia Wiggins in 1996, and Wiggins was replaced by Festus Addo-Yobo in 1997.

In 1991, Linda Belote (in the center wearing white) with the UMD African-American students who performed a Reader's Theatre. The event was instructed, coached and directed by Dr. Annjennette "Anjie" McFarlin, (third from right) a faculty member at Grossmont College. Another guest, Theresa Ford, (third from left) assisted with the instruction and also performed. Ron Sundstrom, (second from left) BSA president at the time, impressed Belote with "his powerful voice for oratory."

Belote championed more than diversity programs. She served on the UMD Commission on Women, a campus group seeking to improve the climate for women. Pay equity was the real issue. All faculty and staff women had received equalizing pay adjustments upward in 1989-90 due to a successful lawsuit initiated by women at the UM-Twin Cities. In a Statesmen article, published on January 28, 1993, she said, "We can't rely on dead, white males for our scholars and culture; there is a great deal of diversity in America. Equality is something one has to keep vigilant about." 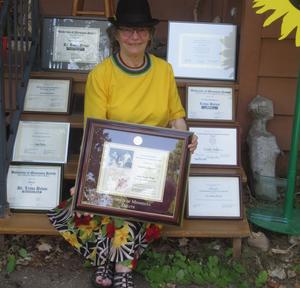 Linda Belote with some of the many awards and recognition she has received.

Big changes continued. The multicultural team was formed, consisting of Addo-Yobo, Vang, and Pelayo-Woodward. It continued for many years, with Pelayo-Woodward in the capacity as lead staff. Pelayo-Woodward said, "UMD received support from Dr. Rusty Barcelo, the University of Minnesota associate vice president for multicultural and academic affairs, to secure funding to staff the UMD multicultural programs." In 2000, Angie Nichols arrived as the Gay, Lesbian, Bisexual, and Transgender Services director, and in 2004 the Multicultural Center was created on the second floor of Kirby Student Center.

UMD's effort received a new name, Office of Cultural Diversity in 2009, and Pelayo-Woodward was finally named the director, after taking a leadership role in UMD's multicultural efforts for 20 years.

As the years passed, the Achievement Center worked closely with American Indian programs at UMD, on the academic side as well as the student support side.

Programs to Change the Campus

Over the years, UMD’s diverse community took on many names: Hispanic/Latino/Chicana, Latinx, African-American, Africana, Black Students, Southeast Asian, Southeast Asian-American, and others. What didn’t change was the advocacy for recruitment and retention of students of color at UMD and the frequency and popularity of their events. Fiestas, Soul Food dinners, Kwansas, Chinese New Years, and Vietnamese New Years were joined by the annual International Taste of UMD and many more celebrations.

In 1991, Ban Van Tran, president of the Southeast Asian Organization, helped organize the first Vietnamese New Year event.  He discussed the importance of the cultural dragon dance in the Statesman. It is supposed to "scare the bad spirits away so luck will come back at the beginning of the new year," he said. Other entertainment included a magic show, a karate demonstration, and a fashion show showing traditional as well as contemporary dress.

Some of the celebrations earned epic status. The theme of the Soul Food dinner in 2000 was "Unity." Over 300 people attended the dinner but the organizers were hoping for more attendance from other campus groups and sororities/fraternities. Along with the Southern cooking, there was poetry and dance. Nicoshia Boulton, BSA President at the time, noted that "without unity and love the soul of mankind is nothing."

The Many Lives of UMD Fiestas

Belote remembered the first Fiesta in 1989, an event which was organized by several students including Pelayo-Woodard, who was a student at the time. The entertainment for the three-hour event included two ethnic dance troupes and three bands. One of the bands was The Latin Fire Trio, who had worked with artists such as Jennifer Lopez, Mark Anthony and Gloria Estefan. 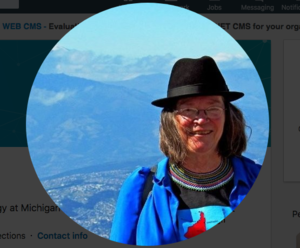 Another early Fiesta was especially memorable. One student’s father was a chef from Mexico working at a Twin Cities restaurant which specialized in Mexican cuisine. He traveled up to Duluth to create authentic food for the Fiesta. In later years, the UMD catering staff created authentic food themselves, using student advice.

In 2006, the 17th annual Fiesta was held with the theme "Fiesta de las Americas." Belote said at that time, she had attended 15 of the 17 events. The 2006 get-together focused on celebrations from Bolivia, Peru, Mexico, and Brazil.

As it grew, UMD’s multicultural services and programs brought in thought-provoking keynote speakers and challenging, informative events. Their supportive academic services helped recruit and retain students from a huge variety of backgrounds and supported them on their journey through undergraduate and graduate programs.

Learn more about UMD's Office of Diversity and Inclusion.

Banner photo (top of page): Performers at a 1990 Fiesta in the Kirby Ballroom.