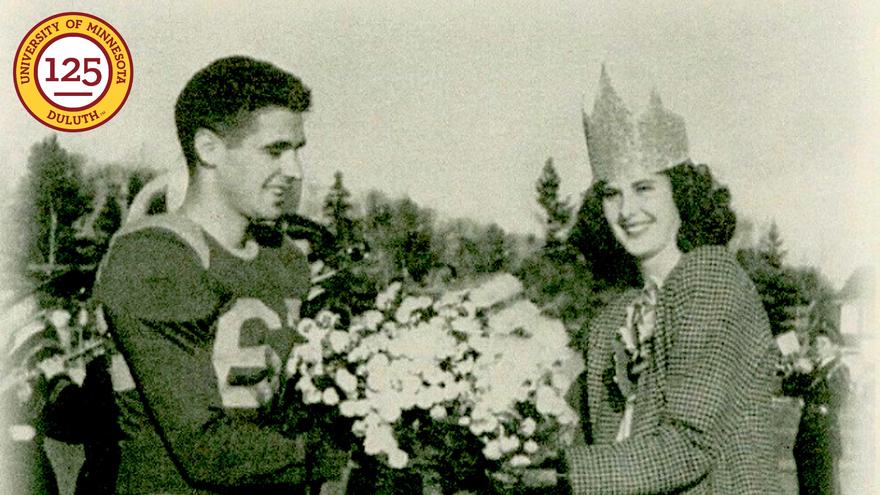 When World War II ended, the United States experienced phenomenal economic growth, and veterans spilled into colleges. By the 1946-47 school year, there were so many military veterans in class at the University of Minnesota in Minneapolis, students had to sit on the window sills because there weren’t enough chairs.

The citizens of Duluth rallied to win the long-time struggle to transform the Duluth State Teachers College (DSTC) into a university with a full university curriculum. They wanted Duluth to join the University of Minnesota.

Duluthian Richard Griggs and Minnesota Representative A.B. Anderson were just two of the people who fought a battle for legislative and regent approval for the plan. They finally succeeded during the last minutes of the 1947 legislative session.

By fall of 1947, the campus on the hillside experienced its first year with its new name, the University of Minnesota - Duluth Branch. The G.I. Bill offered grants to help pay for college tuition, and that, along with the euphoria that continued to sweep over the country at war’s end, meant full classrooms in Duluth.

And so the year began…

A Homecoming for the Heart

Many already know of a man named Dan Devine; a man who had a legendary career as a football player, and coach. 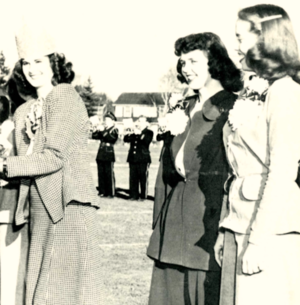 Many don’t know that Devine got his start in Duluth. After graduating from Proctor High School and serving in the Air Force during WWII, he was recruited to play basketball at the Duluth State Teachers College (DSTC). He majored in history. Devine's exploits in college athletics were chronicled in the Statesman student newspaper in a column entitled "Bulldogma," written by student George McNamara.

Life as a football team member was added to Devine's basketball activity and there was another addition to Devine’s life. He met a young woman, his college classmate, named JoAnne Brookhart.

Now Devine had seen the world and he had a certain confidence in his decisions, on and off the field. So when he proposed to JoAnne, they didn’t waste time. By the start of their senior year, they were married.

According to 1955 UMD alumnus Ben Korgan, with Devine as the starting quarterback, “the team came alive.” By the fall of 1947, Dan was captain of the football team and president of the senior class. When time came for the student body to vote for homecoming queen, they chose JoAnne Devine. And UMD won the homecoming game, too.

William “Bill” Bianco, like so many of his classmates, fit a service career into his college career. 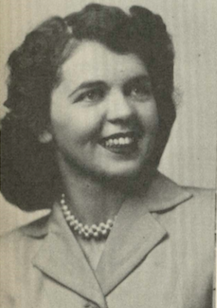 He enrolled in Duluth State Teachers College after graduation from Denfeld in June 1947 and completed two years at UMD prior to his service in the Navy.

As the story goes... Bianco and his friend, Paul Davidson, were pilots. Davidson was a pilot in WWII, and they both flew Piper Cub planes out of the Duluth airport. In fall 1947, their friend, Kathleen "Kitty" Bocklund, a Denfeld High School classmate, was running for homecoming queen. Kitty's election committee printed postcard-sized fliers that said "Kitty for Queen." In a 2002 interview with UMD, Bianco said, "Near the date of homecoming, Paul came flying with me… and we flew low over the campus, at about 500 feet, and Paul opened the door and dumped the box."

Things didn’t go as planned… in many ways. The cards were picked up by the wind and flew all over the neighborhood. Bianco and Davidson were grounded for weeks for flying too close to the ground. Kitty did get enough votes to be part of the homecoming court, though, so all was not lost.

Adventures didn't end for Bianco. After graduating, he got married and was called back into service in the Korean conflict. He attended officers candidate school and served in the Marines before leaving active duty. 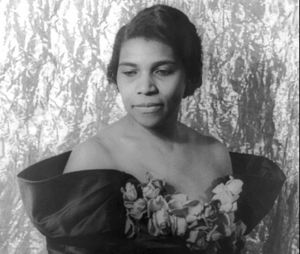 He became an assistant vice president of a bank in Rochester, Minnesota, and later moved to Bismarck, North Dakota, where he was successful in business for 30 years until his retirement.

The year broke records. The school started with nearly 1,500 students, a 300 percent increase from the year before. There were so many new students, the dormitories couldn't hold them all, so Duluthians offered to take students into their homes.

Many new faculty arrived at UMD in 1947, including Richard Sielaff, who joined the faculty to teach business administration. The students didn't know it then, but Sielaff would go on to UMD's School of Business and Economics, which was created in 1974.

With a growing student body, the year was full of events. Music lovers had the opportunity to hear Marian Anderson sing at the Duluth Armory. Anderson was considered the world's greatest living contralto, and she presented a program of classics, operatic arias, and spirituals. She also made civil rights history in 1939. After the Daughters of the American Revolution refused permission for Anderson to sing in Constitution Hall in Washington, DC, First Lady Eleanor Roosevelt and President Franklin D. Roosevelt invited her to sing at the Lincoln Memorial in the capital. Anderson sang before an integrated crowd of more than 75,000 people and a radio audience in the millions.

Back on campus, band, choir, orchestra, and theatrical shows were performed by the students. There was even a modern dance recital and a Norwegian art exhibit.

No one could disagree, UMD arrived in Minnesota with excitement and fanfare.

The research for this article came from the Archives and Special Collections, Kathryn A. Martin Library, University of Minnesota Duluth.