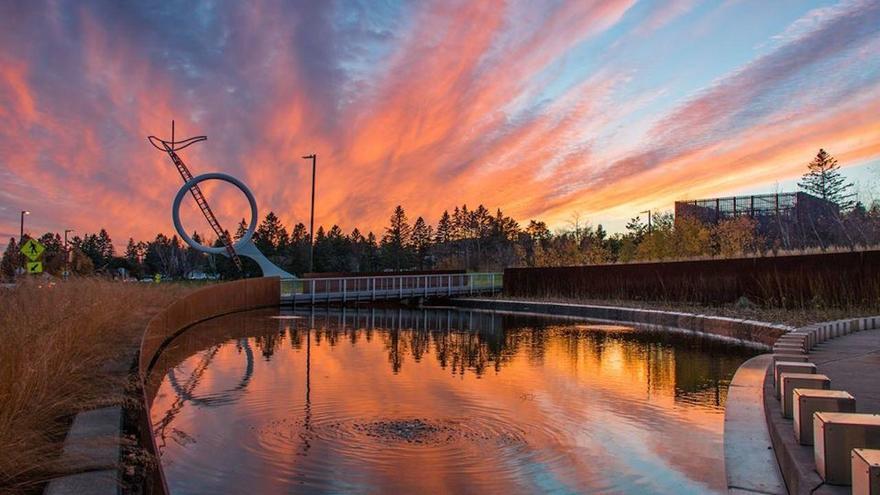 Pat Farrell received her Ph.D. in Geography from the University of Cincinnati in 1997 and was hired at UMD that same year. Farrell taught various courses in physical geography and Latin America, with a particular emphasis on soil. Farrell had the opportunity to design a Soils Lab at UMD for teaching and research. Her favorite teaching experience was taking students on soils field trips. Farrell’s research centered on soil and sediment studies in archaeological settings to study early occupation, food systems and agro-ecology in Mesoamerica and the Caribbean. Her soils field work took her to Mexico, Belize, Guatemala, Trinidad, Grenada, Dominican Republic and Sri Lanka. Farrell was also involved in soil-art collaborations and soil education for girls. She received a UMD Outstanding Faculty Advisor Award and a CLA Lifetime Research Award.

Linda is a UMD alumna and received an Ed.D. from the University of Minnesota. Since joining the Department of American Indian Studies in 2005, she has been a recipient of the Albert Tezla Teacher/Scholar Award and a College of Liberal Arts Lifetime Achievement Award. Linda is author of prose, poetry, and fiction that has received the Flannery O'Connor Award, Janet Heidinger Kafka Prize, Wordcraft Circle of Native Writers and Storytellers Fiction Award, Minnesota Book Award, and Northeastern Minnesota Book Awards.

Robert Kase came to UMD in 2017 to become the dean of the School of Fine Arts. After serving as faculty member and chair of the Department of Music at the University of Wisconsin Stevens Point, Bob became dean of the College of Arts and Sciences at the University of St. Francis in Joliet, ll. He was the first person selected by the UMD Department of Music to be inducted into the Society of Prometheans in 2007. Bob's performance career has included being a selected artist and spokesperson for Schilke Music Corporation, and world-wide performance appearances with artists such as Sonny and Cher, Frank Sinatra, Sammy Davis Jr., Andy Williams, Peggy Lee, The Temptations, Lena Horne, Wayne Newton, Natalie Cole, and many others. As a recording artist, Bob performed on more than 200 recording projects, including four solo jazz recordings with his own quintet and a Grammy-nominated CD titled As We Gather. As a composer, Bob Kase has published music, method books, solo and ensemble literature for trumpet, jazz ensembles, choir, orchestra, and concert bands. At UMD, Bob led efforts to improve facilities, increase scholarships, add opportunities by creating the B.A. in Arts Administration, and increase enrollment in SFA.

John Keener started at UMD Fall 1979 while finishing his Ph.D. in exercise physiology from Kent State University and was charged by the Department of Health, Physical Education and Recreation with developing an option for a non-teaching degree. This developed into the Exercise & Rehabilitation Sciences B.A.Sc. housed in the Department of Applied Human Sciences. He received a grant from the National Science Foundation to develop the teaching laboratory experiences that form the heart of this degree which now has 200+ majors. He held an additional appointment in the Department of Biomedical Sciences at the UMD Medical School where he developed the department's exercise science laboratory and lectured in the Respiratory, Renal and Acid-Base course.  He is a Fellow of the American College of Sports Medicine and served as executive director of its Northland Regional Chapter for 20+ years.

Daniel Martin earned his MS (1983) from Portland State University and his Ph.D. from the University of Minnesota (1995). Shortly thereafter, Martin assumed a visiting professorship and then tenure track position at Miami University (Ohio) teaching sociology. While in Ohio, Martin collaborated with activists fighting poverty and police brutality–issues which became the basis for one of his books, The Politics of Sorrow. He left Miami for UMD after marrying Professor Janelle Wilson in 2003. Martin has received numerous teaching and research awards, including a fellowship at Stanford University Institute for Political Psychology (2011), the CLA Outstanding Researcher Award (2013), and the Albert Tezla Teacher/Scholar Award (2020).

Elizabeth Nelson earned her B.A. in Rhetoric at the University of California, Berkeley; her M.A. in Communicating Arts at the University of Wisconsin, Madison; and her Ph.D. in Communication Studies, with an emphasis in Rhetoric and Social Theory, at the University of Iowa. For five years, she worked in Speech Communication at the University of Illinois, Urbana Champaign. Hired in Communication at UMD in 1988, she came to her first (and only) tenure-track position. With co-author, Deborah Petersen-Perlman, Nelson wrote the book Public Speaking: A Developmental Guide used in the basic course sections, revising it for 20+ years until the ninth edition. Nelson served for two years as the UEA president, as the grievance officer for several two-year stints, and as the chair of the Department of Communication for fourteen years. Initially hired as an "old rhetorician," Nelson taught courses in History of Rhetoric, Argumentation, and Public Discourse. In 2004 she "inherited" a section of Communication and Creativity, which she revamped and proceeded to teach (and research) until fall 2020. She is an avid quilter and looks forward to unfettered time at her sewing machines, pursuing "the rhetoric of quilt medium."

Jon L. Pierce received his Ph.D. from the University of Wisconsin-Madison. He has been on the UMD faculty since 1976 and has been a visiting professor at New Zealand’s University of Waikato. His degree, research, and teaching have focused on the psychology of work and organizations with a particular research emphasis on the constructs psychological ownership and organization-based self-esteem. Among his most prized university accomplishments have been the receipt of the Chancellor’s Research Award and the receipt of a University of Minnesota Horace T. Morse award for his contributions to undergraduate education.