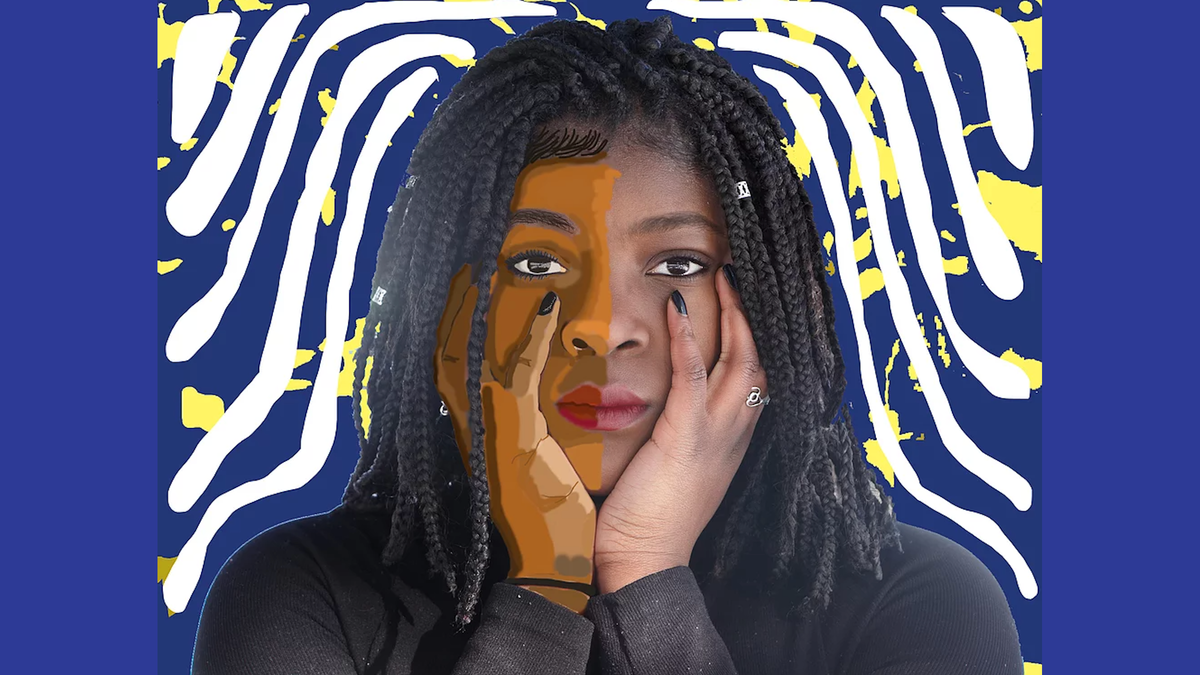 From International Travel to Minnesota Lockdown

Mya Corbin slowly moves the camera in for a close-up and then pulls away for a shot of the host and the guests in the TV interview show Almanac North. The overhead lights gleam and reflect onto her lens as she operates the studio camera. It was one of her last days as an assistant camera operator at WDSE-WRPT TV, the PBS affiliate in Duluth, Minnesota.

“It's probably the best job that I've had so far. I love it. I really don’t want to leave,” says Corbin. After four years as a student at UMD and three years at the TV station, she is preparing herself for her move back to the Twin Cities.

It’s a time of new adventures. As Corbin packs up to leave Duluth, she also is preparing to debut her short film, Stairs, at the Duluth Superior Film Festival on August 20, 2021.

The high-energy slice of life film depicts Corbin’s adventures studying abroad in England and then returning to the U.S. at the beginning of a pandemic. The contrasts between traveling to European cities with friends and the emotional turmoil of isolation on return is dramatic.

As Corbin travels through Birmingham, Amsterdam, Minnesota, and Wisconsin, she uses the film to explore her feelings. She takes the viewer from the excitement of the strange and wonderful to the isolation of an emergency lockdown. The repeating message forms a theme. “What goes up and down and yet stays in one place… Stairs.”

Inspiration from the Past

Looking back, Corbin says when she was younger, she was a “booknerd fanatic.” “I got in trouble for reading at night,” she says. She often stayed up until six in the morning reading one series of fiction books after the next. “That's how it all started. I just loved [them],” she says.

Corbin has always been interested in film. “When I was in middle school, I remember watching [a] movie that I just thought was amazing,” she says. “I wanted to be one of those names on the scrolling credits.” Little did she know, that desire started her on a career path to becoming a film professional.

Corbin graduated from The St. Paul Conservatory for the Performing Artists in 2017. She explored the possibility of leaving Minnesota for college, but the cost brought her “back to reality.” As luck would have it, she found a good fit at UMD.

In January of 2020, in her junior year majoring in communication and digital art and photography. Corbin packed her bags. She said goodbye to the United States and hello to her temporary home in Birmingham, England. Studying abroad was something Corbin wanted to experience, “since I was four years old.” What better time than college?

She began filming the trip. But two months of meeting friends, traveling and taking new classes all came to an end. In March of 2020, Covid-19 was declared a worldwide pandemic and UMD made the decision to bring students back to the U.S. Students were given just a few days to purchase an airplane ticket, pack-up, and leave.

Corbin says her film project took a sharp turn. “The original plan was to just document the study abroad experience and end it like that. But, it turned into an entire year's worth of footage and recalling things.” As Corbin pulled her experiences on two continents together, the film developed a stronger message. She says, “I feel like being able to reflect and rewatch some footage and try to write out how I'm feeling has helped me view things differently.”

Corbin reflects on her tumultuous and exhilarating adventures. “Even though I traveled by stairs, escalator, plane, and train, ending up in different places throughout the year, it was still just me, in all these different locations, almost as if I had little control of where I went.”

Corbin’s short film, Stairs, will be featured at the Duluth Superior Film Festival at 3 pm on August 20, 2021 at the Zinema Theater in downtown Duluth. Her work is part of a one hour showcase of UMD student filmmakers.

This story was written by Maija Johnson, who is majoring in journalism. Maija works with Cheryl Reitan in University Marketing and Public Relations.

About the UMD Communication Major

About the Arts in media minor