Beyond lithium-ion batteries for energy storage 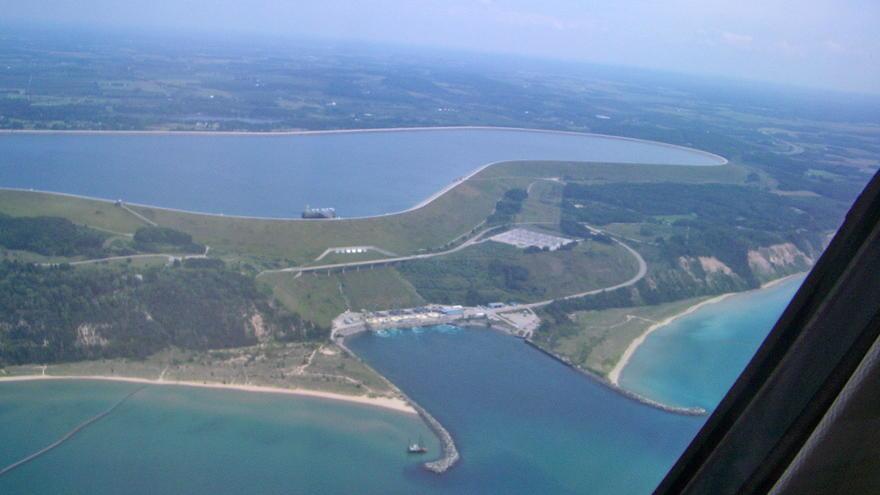 Moving away from fossil fuels toward renewable energy – wind and solar – comes with conundrums.

First, there’s the obvious. The intermittent nature of sun and wind energy requires the need for large-scale energy storage. The Natural Resources Research Institute in Duluth researched the options.

The most familiar choice for energy storage is lithium-ion batteries. But they are expensive and require a lot of minerals – cobalt and nickel, especially -- that are sourced from foreign countries. Add to that, lithium-ion batteries only store enough energy for two to four hours at the large scale required. They also wear out as they age, requiring regular replacement with no systematic recycling pathway for the discarded batteries.

Thankfully, there are a lot of durable, high-capacity energy storage opportunities on the horizon that don’t require foreign materials. NRRI Associate Director Donald Fosnacht sorted through eight technologies and their potential for locating in Minnesota.

This investigation was funded by a Minnesota Legislative appropriation via the Minnesota Environment and Natural Resources Trust Fund administered by the Legislative-Citizen Commission on Minnesota Resources (LCCMR). It resulted in a report, “Examination of Non-Lithium Battery Energy Storage Concepts,” submitted in June, 2021.

The report includes potential locations for these technologies across Minnesota that fall within 10 miles of high voltage power lines.

“Lithium-ion batteries are good for covering the two big peak energy-use times of day, early morning and end of workday,” explained Fosnacht. “But I believe we can do better than that, especially here in Minnesota.”

Many of the new technologies do not require complex minerals and have a very long wear life, but they do require specific geological and geographic formations. And Minnesota has both.

Some energy storage opportunities Fosnacht is especially optimistic about can take advantage of the altered landscapes of Minnesota’s legacy mining activities or the topography of the Minnesota River or Mississippi River Valleys.

A Pumped Hydro Energy Storage system could pump water from a deep, open mine pit, lake or river to a higher elevation holding pond when the wind is blowing and sun is shining, then direct the water through a turbine when energy is needed. A similar concept, Advanced Compressed Air Energy Storage, compresses air into flooded, underground storage caverns (for example, old mine shafts) when electrical energy is available, displacing water to holding ponds. When energy is needed, the water is directed back to the underground cavern, forcing the air through a turbine to generate electrical power.

New gravity-based technologies also have the potential capacity to store large quantities of energy for six to 14 hour duration using a simple concept. A large weighted mass is lifted by motors during high electricity generation. When energy is needed, the weight is released to fall, reversing the motor direction to generate electricity.

“This gravity storage idea can go anywhere you can dig a deep shaft or where the bedrock will support the weight above ground. Minnesota has that bedrock geology,” said Fosnacht. “We also have a waste resource in fly ash that can be used to make the 30- to 35-ton weights that can be employed in one of the promising technologies.”

Another potential for Minnesota combines gravity, weight and rail. Advanced Rail Energy Storage moves 320-ton rail cars up an incline when energy is abundant, then uses gravity to move the cars down, while collecting the generated electrical energy.

“We have many abandoned mining roads, river bluffs and other inclines that have the elevation and solid bedrock to make this type of energy storage possible,” Fosnacht said. “And they have an extremely long life. I’m excited about the potential of gravity technologies.”

Other technologies outlined in the report include:

“All of these technologies are currently under development or are proven at the pilot scale to commercial scale,” Fosnacht added. “They don’t require nickel, cobalt, or lithium resources, have improved environmental characteristics, and in most cases, reduced fire hazards compared to lithium ion-based battery systems.”

The report is co-authored by NRRI researchers Evan Myer and Dean Peterson. It has been submitted to the Minnesota Legislature and agencies for their review.

PHOTO: The nearly 2,000 megawatt Ludington, Mich., pumped-hydro storage plant has been in operation since 1973 and provides electricity to more than 1.3 million residential customers.