The Law of Business 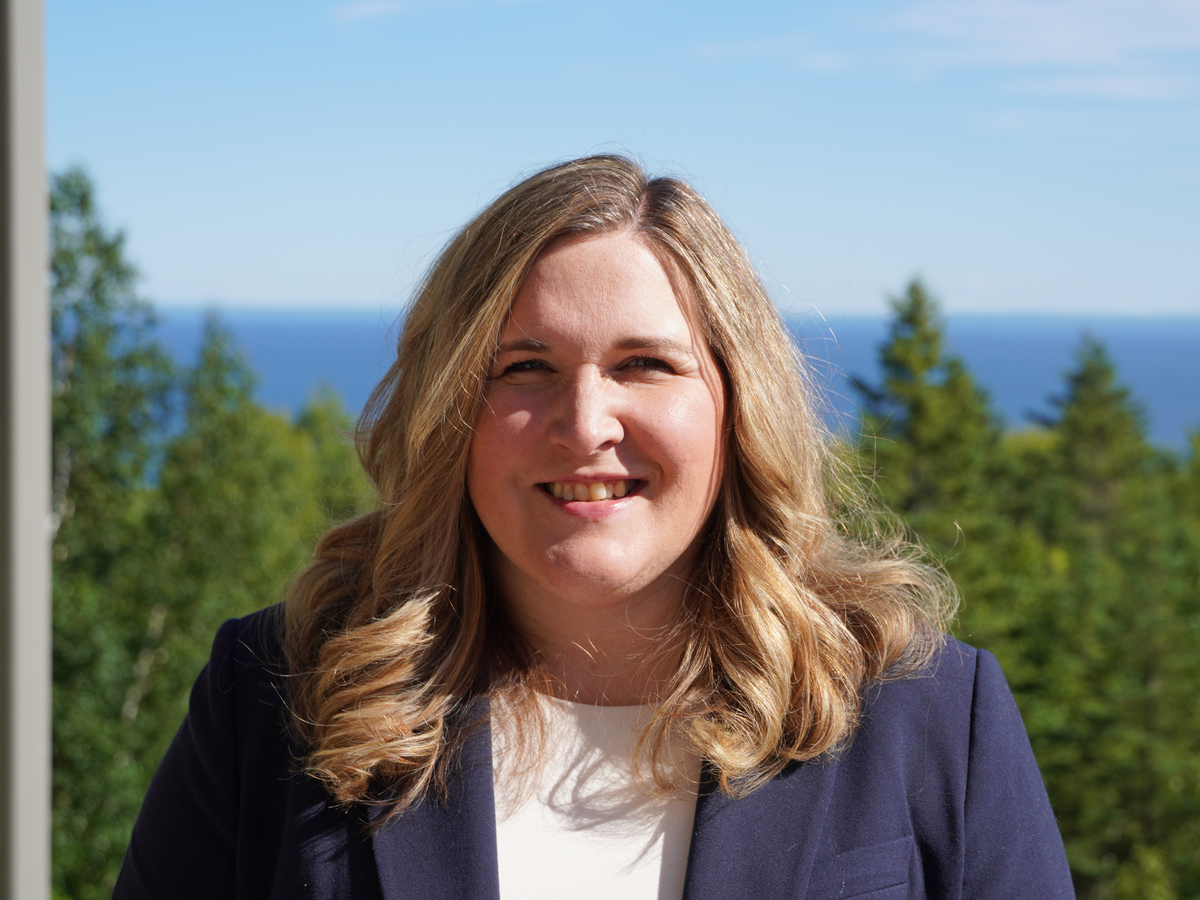 Alumna returns to her roots to practice business law

Katie Gettman didn’t always plan on becoming a lawyer. “My mom says I’ve wanted to be one my whole life, but I don't remember it like that,” she said. Rather, the dual-degree UMD grad (BBA and BA, '99) recalls a series of moments that have led to her current role as a business transactions lawyer in the Corporate Practice at Cozen O'Connor.

One moment came after she graduated from UMD. She moved from Minnesota to Oregon, where she was working on her graduate degree at Willamette University. With the Oregon state capitol building quite literally across the street, Willamette’s lunchroom was a popular spot for more than just students. “Justices from the Oregon Supreme Court would often come over to our campus cafe,” said Gettman. “We would get to eat our lunch with legal greatness.” Gettman finished at Willamette with a master’s of business administration, a law degree, and a newfound career path.

Gettman called Minnesota home for the first eight years of her life. Her family moved frequently after that, setting up shop in Texas and later California. “One of the things that moving taught me was resilience,” she said. “As the new kid, you learn really quickly how to meet people.”

By age 18, Gettman was back in Minnesota. In addition to taking night classes at the U of M, she was working in the accounting department of United Parcel Services (UPS). Her job at UPS helped her develop a passion for the business world, but after three years, Gettman was ready for a change. She decided to enroll full-time as an undergrad at UMD. “I still remember driving over that hill for the first time. You see the lake, and it's like seeing the ocean. It was just so beautiful.”

Gettman graduated from UMD in 1999 with two bachelor’s degrees; one in business administration, and another in philosophy. Her schooling, however, was far from over. Willamette University in Salem, Oregon, came next.

When Gettman began at Willamette, her plan was to enter the business world after graduation. She viewed law school as a supplement to her master’s in business administration. “I figured, if I was going to work in business, I should really understand the law that impacts it.”

But after four years at Willamette, her plan had shifted. With two advanced degrees under her belt, Gettman moved back to Minnesota with her husband and began studying for the bar.

Gettman’s passion for business has carried over into her career as an attorney. In the past 20 years, she has served as in-house counsel, a private practitioner, a business founder, and an entrepreneur in the Twin Cities area.

Today, Gettman is an attorney with Cozen O’Connor. She works in the firm’s corporate practice, where she provides legal counsel to companies, executives, and business owners. Often, her work involves advising her clients on how to expand. “There is a lot of variety in my work,” said Gettman, but a lot of it is tied to client interaction. “I answer their questions as they come up, and help them find solutions so they can grow their business.”

While Cozen’s office is in Minneapolis, much of Gettman’s work can be done remotely. In 2020, she decided to return to the city where she spent her undergraduate years. She’s back in the Duluth area now.

A lot has changed since Gettman worked for UPS’s accounting department. One thing that hasn’t, however, is her passion for business. And now, she gets to follow that passion surrounded by the splendor of Northeastern Minnesota.