Former Bulldog "For the Win" 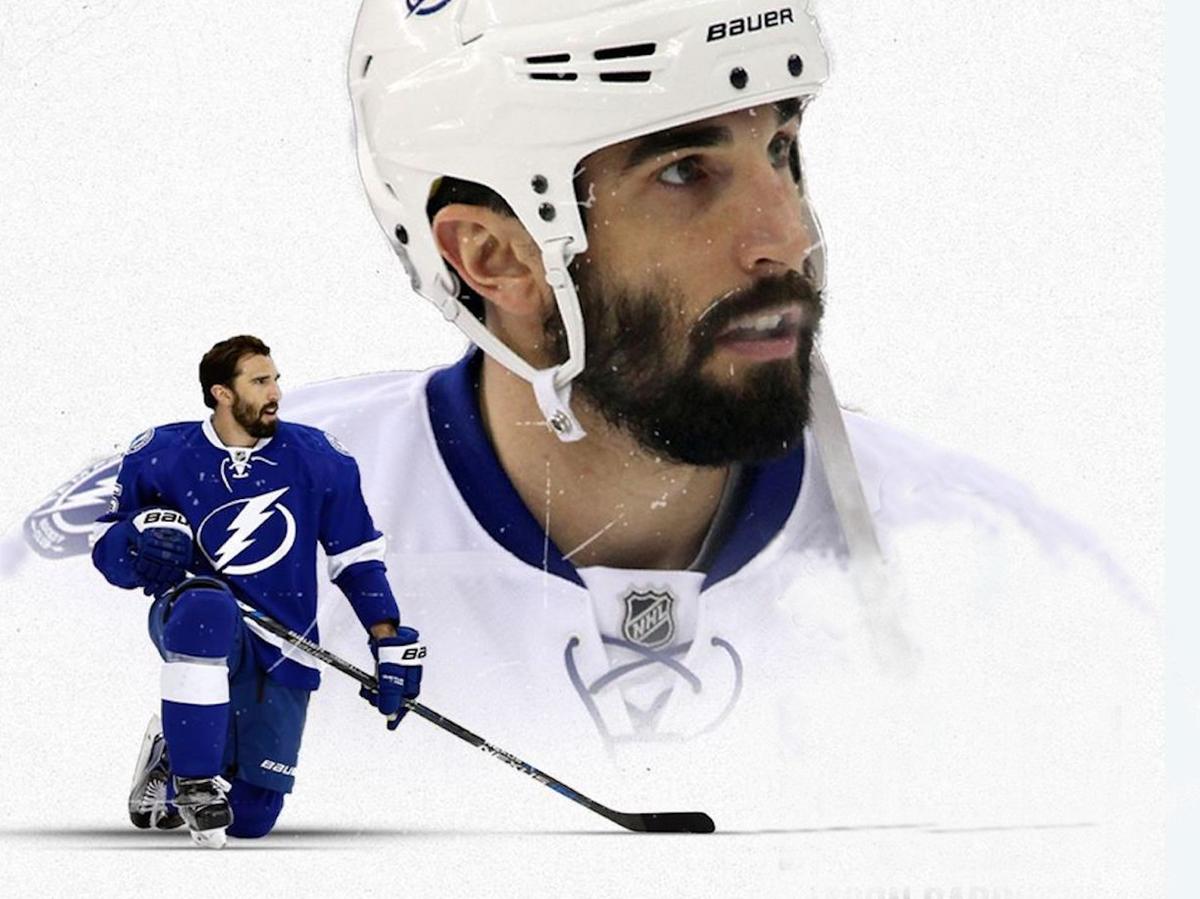 UMD defenseman Jason Garrison skated onto the ice of the Kohl Center arena in 2008. It was his junior year and he was having a breakout hockey season playing for the Bulldogs. Garrison had met with a National Hockey League (NHL) agent the previous day who agreed to watch his game against the University of Wisconsin-Madison. With his ticket to playing at a professional level in the stands, it was Garrison’s time to shine. Late in the first period, however, that time on the ice was cut short: Garrison had broken his leg.

While his injury was certainly a setback, Garrison used the time he would’ve spent playing hockey to scout out potential teams for his professional career. He did this with the aid of his new agent, Matt Oates, the same agent who watched him break his leg that day in 2008.

Garrison signed with the Florida Panthers in Miami just months after having fractured his right leg, and he appeared in his first NHL game in October of that same year.

Garrison had traded a senior year at UMD for a professional career. While he would go on to play in the national spotlight, not finishing his degree would be a regret that stuck with Garrison.

On the Road With Hockey

Playing professionally, hockey became an even bigger part of Garrison's life than it had ever been before. “I started out with Florida and I had great success there. I developed there,” he said.

By his third season with the Panthers, he was a full-time starter. By his fourth, Garrison helped lead them to the Stanley Cup playoffs for the first time in over a decade. He set records for single-season goals and power-play goals by a defenceman.

Following his stint with the Panthers, Garrison was signed by the Vancouver Canucks, the team he had watched while growing up in British Columbia. “I moved back to Vancouver, my hometown, so I was able to play in front of family and friends.”

Garrison's next stop brought him back to Florida, this time to play for the Tampa Bay Lightning. The team had made it to the playoffs the previous season but was eliminated in the first round. With Garrison and some other new acquisitions, Tampa made a second playoff run in the 2014-2015 season. Garrison said it was a great experience, “You know, we went to the Stanley Cup finals.”

Garrison had another good season with Vegas Golden Knights. “It was a new team in the league,” Garrison says, "and it had a lot of hype surrounding it.”

Back to his College Roots

When UMD recruited Garrison to play hockey, he had jumped at the opportunity. “Duluth was number one in the country. So, when they recruited me and offered me a scholarship. I didn't hesitate too long,” Garrison says.

After he entered the NHL in 2008, Garrison tried to finish by taking online classes. Finishing school was always on his mind, but professional hockey took priority. That was until January of 2021. The former defenseman returned to the UMD to complete his study of Exercise & Rehabilitation Science which is based in the Department of Applied Human Sciences. In addition, he agreed to serve as a student assistant coach for the Bulldogs men’s hockey program.

Garrison understood why other players took second careers coaching hockey. He grew up with supportive coaches. “Kids go to hockey schools” where former players are “giving back a bit” and “helping little kids.”

Coaching a university team was enjoyable for Garrison. One moment was especially memorable. “Last year, we went to the Frozen Four in Pittsburgh.” But first UMD had to play North Dakota. "That game went into five overtimes.”

The Bulldogs beat North Dakota in the longest NCAA tournament game ever for a team to reach the Frozen Four. “That one sticks out to me because that was just a crazy, crazy game for those players. To go that long and to win that game, that was phenomenal.”

The Lesson of Kinesiology

At UMD, students study exercise and science--including kinesiology--to learn about the mechanics, anatomy, and physiology of the human body. “I definitely learned a lot," Garrison says. Hockey players need to have exceptional timing, on-point quickness, and snap reactions. Rest and diet are part of training as well.

Exercise science is part of athletic training. “I’ve done fitness programs and (worked out) with different equipment and (I’ve seen) different physical therapists,” he says. Coming back to school enhanced, "what I already learned playing professionally for all these years.”

Garrison knows his kinesiology degree will help him in the future, but playing hockey is a priority. He had a great year as an assistant coach at UMD, and he says it was rewarding to come back to campus when league play was shut down so often by the COVID-19 pandemic.

In December 2021, he signed a contract with a professional team. “For now, everything else is kind of pushed aside... the focus is on making sure I'm able to play.”

About the study of Exercise and Rehabilitation Science in the Department of Applied Human Sciences.