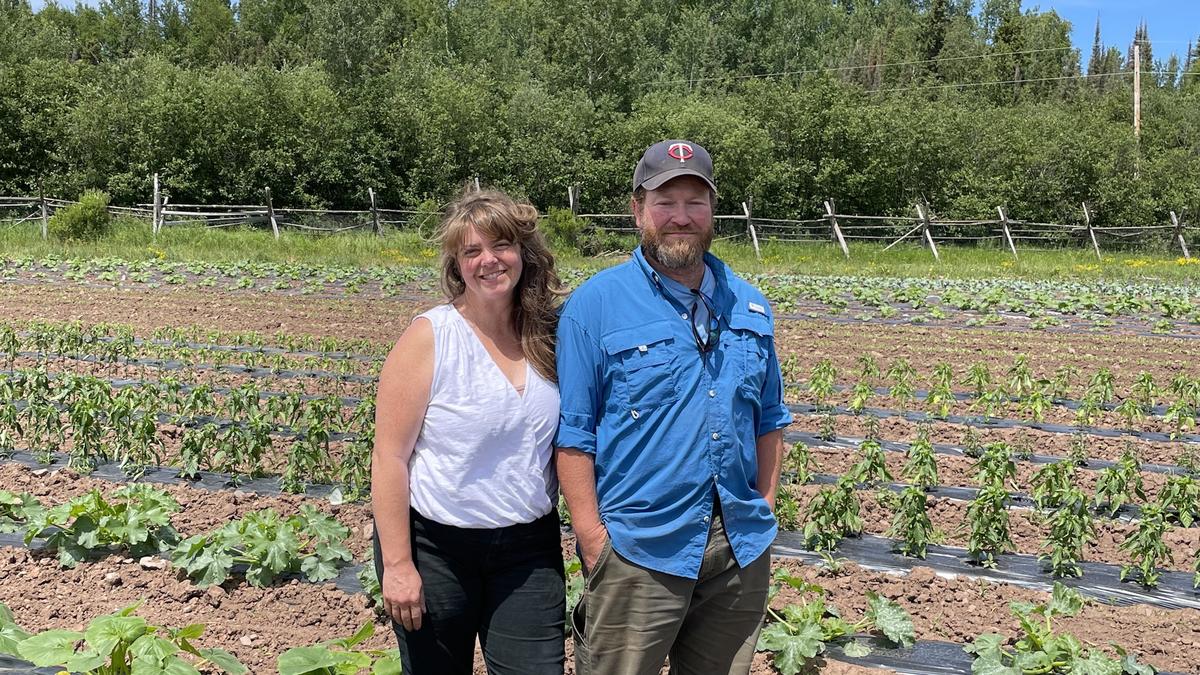 by Cheryl Reitan and Eva Moua

Hundreds of oak and white pine seedlings grow packed together inside Cree and Jason Bradley’s greenhouse. The smell is earthy, moist, and slightly nutty. The shelves holding the bright green sprouts are stacked in levels, from the ground to the ceiling.

Cree and Jason, 2003 UMD graduates, are the owners of the 25-acre Chelsea Morning Farm and the 120-acre Never Summer Sugarbush located north of Two Harbors, Minnesota. 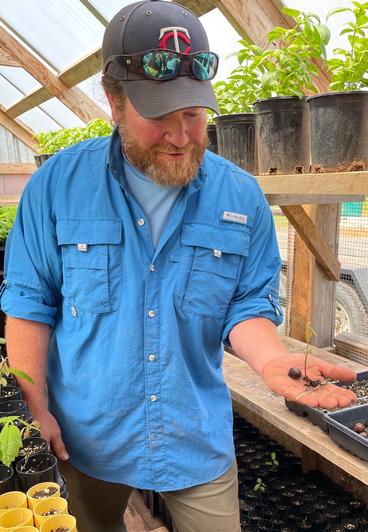 They are partnering with the University of Minnesota Duluth and the Nature Conservancy in the Forest Assisted Migration Project. That's an ambitious endeavor to grow 25,000 trees from climate-adapted seeds, seeds collected from a zone south of northern Minnesota, to combat detrimental forest effects from climate change and warming temperatures. The project will span over several years and will include varieties such as yellow birch, white and red oak, and white pine.

The Bradleys value farming in a healthy, organic, and sustainable way. Growing trees from seeds has recently become a significant part of their operation, but they also grow produce for the nearby community. They operate a diversified, small-scale, family-farm by growing vegetable crops. Harvesting maple syrup and Lake Superior fish add to the operation. Their local farmers market is one of the places they sell their produce and the Bradley’s support dozens of families in their Community Supported Agriculture (CSA) program.

Caring for their extensive maple syrup operation and the different types of trees on their land has led Cree and Jason to the Forest Assisted Migration Project. “We have a deep instilled passion, especially for our maple syrup work and maple forest,” says Cree. The Bradley’s were inspired by the project. “We are just forest people,” she says. “We love to grow things... the thought of growing trees for a healthy forest just matches who we are.”

The Beginnings at UMD

Cree and Jason had separate projects when they first met. After they married and established Chelsea Morning Farm, their paths joined more closely. 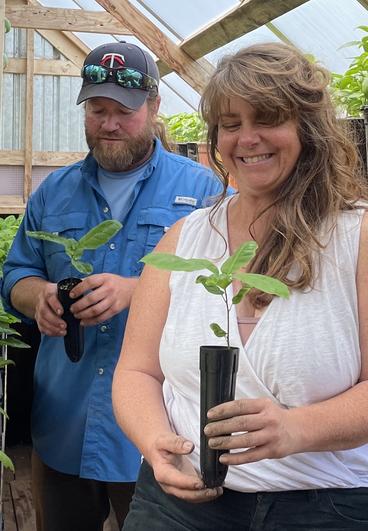 Jason was working at Russ Kendall’s Smokehouse while he was going to UMD. “I would come into class smelling like fish,” he says. “That experience got me into commercial fishing.”

According to Jason, the people he met made the difference.  “They got me to where I am now,” says Jason. “I got to know fishermen and became a fisherman. I got to know farmers, and I became a farmer.”

Cree studied anthropology and environmental studies at UMD. "I didn't come from a farm family," Cree said. One of her professors, David Smith, guided her into work with nonprofits that connected local farmers to markets… and that’s when her interest in farming really took hold.

Life on the Farm

Now, the winters allow Cree to teach farming programs around the United States. “That’s when I am the most active as an educator,” says Cree. Since 2008, she has trained a lot of people about sustainable food and farming work. She organized programs with the Sustainable Farming Association, Institute for a Sustainable Future, Rocky Mountain Farmers Union, and the Land Stewardship Project. She currently provides Holistic Management training in several states and through her own Worksong Services. Her work with the MN Department of Agriculture’s Farm Core program provided case management flood recovery support for farmers.

Cree and Jason have multiple projects that they work on together and individually. In addition to their work with Chelsea Morning Farm and Never Summer Sugarbush, they also both work for the Minnesota Department of Agriculture in the Plant Protection Division. This work involves collecting invasive species data by hiking through the Superior National Forest, state and county lands in Lake and St. Louis Counties.

When the couple was approached to join the Forest Assisted Migration Project, they jumped on board. The goals fit the Bradley’s hope for changing the future of trees and creating a healthier environment.

Cree and Jason were especially impressed that UMD’s Julie Etterson, professor and head of the Biology Department, wanted to do more than conduct another study. The scale and intent of the demonstration project fit with the Bradley’s passion in maintaining forest health.

The Chelsea Morning Farm greenhouses full of trees is a testament to the Bradley’s commitment. ”We feel lucky because we have land, creativity, and energy,” says Cree.  “UMD still has a role in what we’re doing today through the connections we made so many years ago,” says Cree.

This story was co-written by UMD student Eva Moua, who is majoring in communication. Eva works with Cheryl Reitan in University Marketing and Public Relations.